Born in Tadcaster, North Yorkshire, Jonny Maxted is 300 miles away from where he grew up, but Devon is already starting to feel a lot like home.

It might be the rolling hills, which is similar to that in the White Rose county, or the humbleness and honest work ethic of the players, that makes him feel he is walking into a dressing room near his upbringing but he admits he has settled into life well down here. 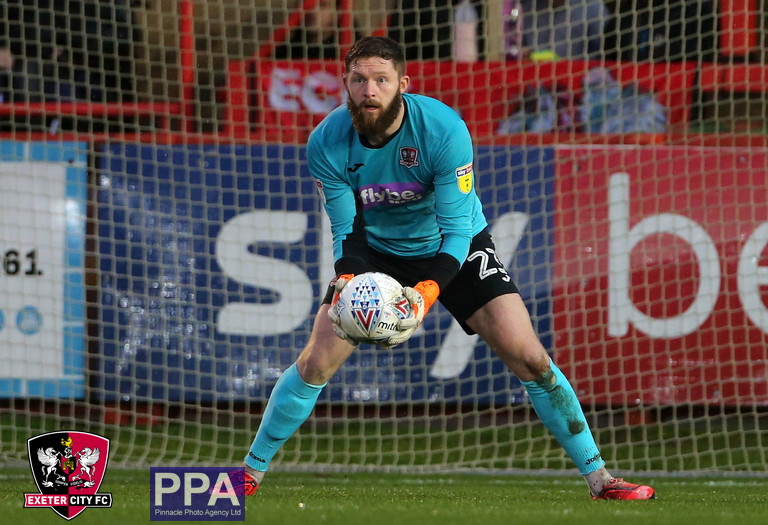 Jonny Maxted in action for Exeter City this season

“It is very similar,” said Jonny. “You have got the countryside, you have got your city centres and you have got your little towns here and there. It is a beautiful part of the country and there is not much difference between the two places. That is why I have probably settled in so quick. It is like a home from home, it is lovely.”

Jonny though had to wait for his chance in the Exeter City first team. He featured in the club’s EFL Cup match against Coventry City, in August, and then in the EFL Trophy wins over Cheltenham Town and Newport County AFC, however his first start in Sky Bet League Two didn’t come until Saturday, October 12, when he faced Forest Green Rovers at St James Park.

That opportunity came about as Lewis Ward, who had managed to secure the No. 1 shirt for the first match of the season, had impressed in the opening 12 League Two games but had broken his arm in a 1-1 draw at Crewe Alexandra the week before.

However, despite the intense battle for the one first team spot, Jonny says the goalkeepers get on very well and that is indicative of the whole squad.

“You have got to have a tight ‘GK Union’ as I call it,” he said. “Wardy (Lewis Ward) is pushing me, now he is back from injury, and I was the same when he was playing. We push each other and that is what you want. Then goalkeeping coach Steve (Hale) is doing his job and keeping us going and you can see he works hard on the training ground. You have got to have a tight ‘GK Union’ to keep pushing on well and you need that competition. You cannot get carried away with just having one goalkeeper. You need two good goalkeepers to keep everyone on their toes.” 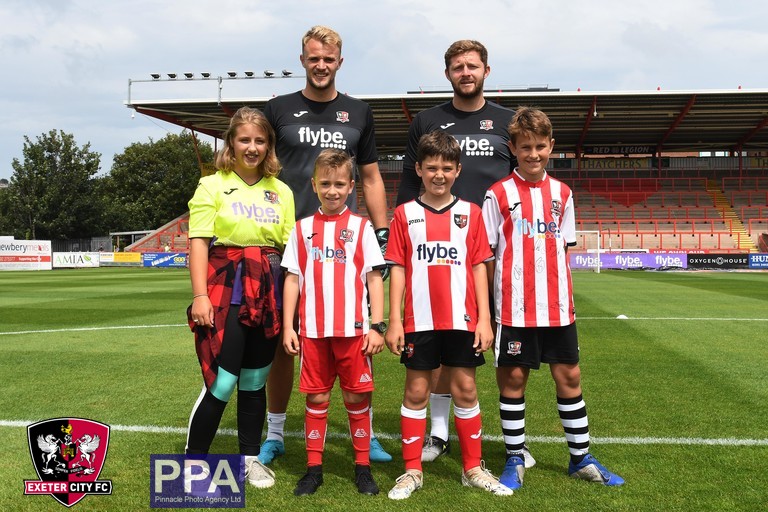 Jonny, whose uncle Paul was also a goalkeeper, started his career off in the youth setup at Doncaster Rovers and then in a bid to get first team football agreed to a move to Hartlepool United in 2014, when they were in League Two. However, Paul Murray, the manager who signed him for the Pools was then sacked two weeks later, following a shock exit to Blyth Spartans in the FA Cup and Jonny was not favoured by the incoming manager Ronnie Moore and failed to make a first team appearance.

However, Jonny put that down to the ‘luck of football’ and said it made him grow up and mature a lot quicker. He then went to Forest Green Rovers, then in the National League and being managed by Ady Pennock, and got a run of games. It was a time he looks back on with fondness and when he returned to the New Lawn on New Year’s Day, with City, he was greeted by some familiar faces in the physios room.

“It was my first run of games in men’s football and I enjoyed my time at Forest Green,” said Jonny. “The physios are still there, and they helped me massively when I got injured. It was a great club for me starting out and playing men’s football. Things didn’t work out when the new manager came in and I moved on to Guiseley. However, I can’t thank the physios and Ady, when he was manager at Forest Green, for giving me my first chance in football and helping me kick-start my career.”

After another unfortunate change of manager, when Pennock was sacked despite having led the Rovers to second-placed finish in the National League, Jonny’s hopes of a gaining his first Football League appearance took another blow. However, at Guiseley he finally got his stroke of good fortune.

He played 56 times for the Nethermoor Park club and starred as Guiseley made it to the second round of the FA Cup in the 2017/18 campaign for only the second time in their history. 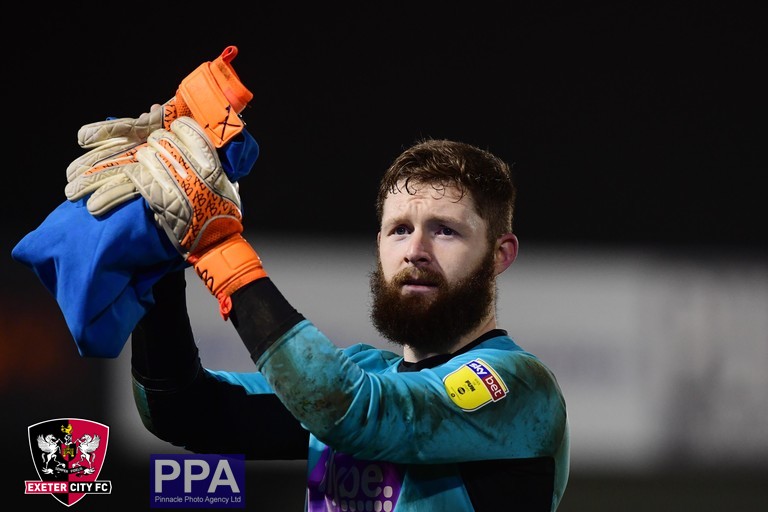 In the first round Jonny played against League Two side Accrington Stanley and performed heroics in the replay at the Crown Ground, as Guiseley, reduced to 10 men, managed to battle their way to a 1-1- draw. Then in the penalty shootout he saved from Billy Kee and Scott Brown as the Lions claimed a remarkable win.

A few months later, Stanley were in need of a keeper and manager Jon Coleman had one name on his mind.

“At the time, I was trying to get back into the Football League and that is why I went to Guiseley, to play football, and the FA Cup games did help,” said Jonny. “However, the way I was playing there, I was doing well, and I think it was more luck than anything with the FA Cup with Jon Coleman watching and giving me the chance to join Accrington and get back in the Football League. I was lucky enough to get promoted with them into League One and that was brilliant.”

“Jon is a great manager,” added Jonny. “He got me back into the Football League and I can’t respect him enough for that and he knows what he is doing, he has been at Accrington for god knows how many years. He has been doing a great job there.”

Jonny’s time at Guiseley was also special as it was where is uncle Paul made his name, winning the FA Vase with the club in 1991.

“We had a laugh about it because he won the FA Vase with Guiseley and he is a bit of a legend there,” said Jonny: “He said ‘you are trying to take over from me’, but that was my aim – to become a well-known player at Guiseley and for me, playing football there, was massive. I had come back from my injury and it kick-started my career back up again.”

Jonny admits that his uncle was a big influence on his career, but added that his dad, who also had trails at Leeds United, had a huge part to play in his development and success. 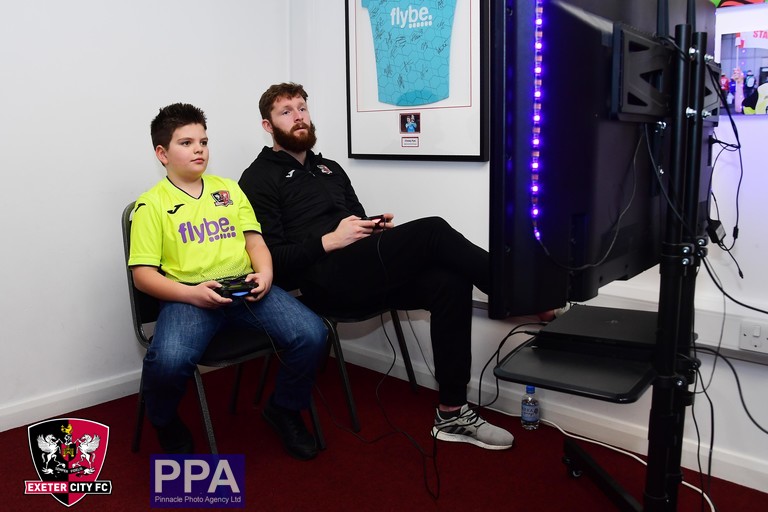 “He played football and he was my manager when I was growing up,” said Jonny. “He took no prisoners, if you were not having a good game, he would tell you. You grow up quick when that happens.”

While the FA Cup has been kind to Jonny in the past, it perhaps represents some of his darker moments in a City shirt though, with mistakes at Cambridge United and at home to Hartlepool this season costing City victories in games they should have won. However, like he has done throughout his career, Jonny has bounced back superbly from those setbacks. He was instrumental as City gained a valuable three points away at Salford City on December 12, and then helped us to five points from a possible nine over the Christmas period.

However, it was on New Year’s Day that he reached those Guiseley heroics once more. City, like Guiseley, had been reduced to 10-men and were against a Forest Green Rovers side who had their tails up. However, Jonny proved an immovable object as he saved a penalty from Liam Shephard and then produced the save of the season to deny Junior Mondal. In total City faced 18 second half shots, but a combination of resilient defending and superb keeping from Jonny kept the opposition out and earned the Grecians a priceless three points in their hunt for automatic promotion.

“It is up there,” said Jonny, when asked if that was his best game in a City shirt. “It is my aim to keep that standard now and kick on.”

If he does manage that, then City will have a key component in place for their bid for a return to League One following an eight-year absence. However, having played for Accrington Stanley in the third tier of English football, Jonny says the Exeter City dressing room has all the ingredients in needs to be a League One team. 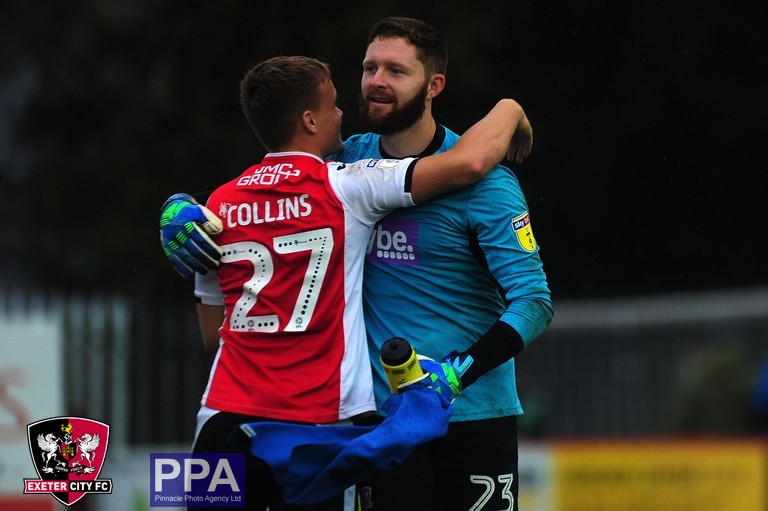 “The tight-knit group that we have got here was the same as what we had at Accrington,” he said. “Obviously, Accrington it was different circumstances, in the fact that they didn’t have a training ground, but here you have got the training facilities but the group of lads here are exactly the same. It is a tight-knit group and that is what you want in a football team.

“There is nobody giving it the big ‘I am’, everyone is in it together and that is what makes a football club. There is plenty of games to be played, but we have just got to keep doing what we are doing, and I can’t see why we can’t get it into the top three if we do that. It is just about keeping that run of form going.”