Matt Jay was delighted to score a brace as the Grecians overcame Stevenage 3-0 at St James Park on Tuesday night.

Matt’s goals came after a well-taken opener from Nicky Ajose, and were ultimately no less than the home side deserved, after a brilliant display where they created a myriad of chances.

“It was a pretty good night at the Park; it was very, very cold – which made it easier to get the earlyish goals and 3-0 was a really good result for us in the end so I’m really happy.

"It’s fair to say we earned the right to play after competing so well in the first 25 minutes. That’s always a basic we try to build on, and it’s something that’s happened throughout all the games this season. Strong defensive displays give the guys in front of the defence chances to create stuff and play more freely; it helps us a lot.”

Matt’s first goal came just five minutes after Ajose opened the scoring on 25 minutes, as he picked up the ball from Joel Randall before unleashing a shot that took a slight deflection over Stevenage goalkeeper Paul Farman. His second, and City’s third, clinically finished a sumptuous move with Ajose and Ryan Bowman both producing moments of technical quality to set Jay in on goal.

“I found myself in the box and the shot took a little deflection, but they all count, and the second one – Nicky Ajose with a really nice flick and I hit it as hard as I could and hoped for the best! I was really pleased with two goals.

"It’s been frustrating personally not playing too much so this competition’s been really good for me and gives us a chance to play with freedom, and for me to put myself in the manager’s mind. It was really good to score and have some fun tonight.”

The result adds to City’s impressive run of form this winter, now adding a cup semi-final appearance with a strong position in League Two. Matt was adamant that the group is focused on continuing to improve performances, however.

“It’s definitely a great time to be part of this group, but I don’t think we can rest on our laurels – Matt (Taylor) said after the game we have to keep improving and he’s going to keep demanding more of us, so we’re definitely going to get back on the training field on Thursday ready to go again and keep improving and hopefully the result of that is many more clean sheets and more good results in the upcoming games.”

"As for a potential match at Wembley, there was no denying the excitement at playing at such an illustrious venue, but there’s still the matter of the semi-finals to go.

“It’s been talked about a little bit recently, but we’ve got to get through the semis and see what happens – we look forward to seeing who we get and we’ll be really excited for the next game.” 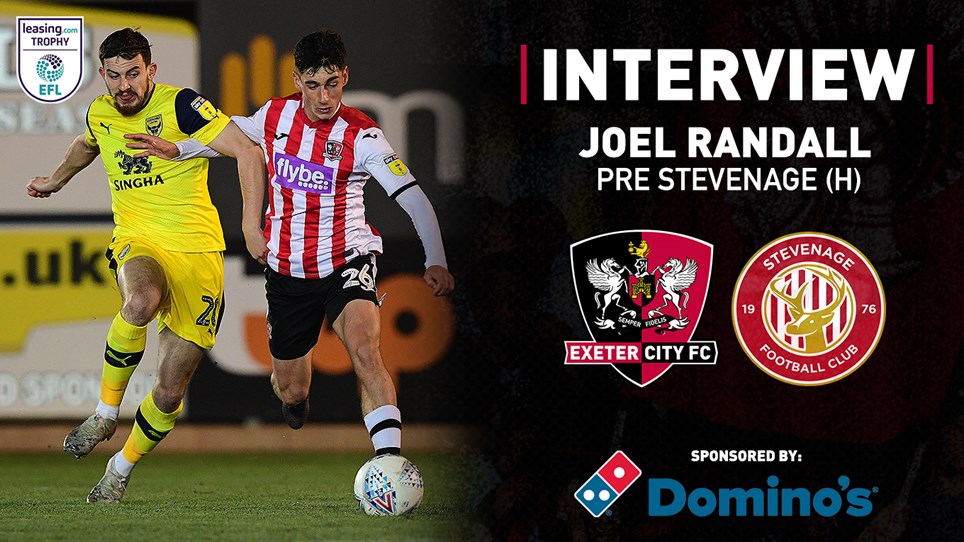