Colchester didn’t enter the Football League until 1950, where they joined the Division Three (South). In 1991, The U’s won the double, as they won both the Conference and FA Trophy, where they beat Witton Albion 3-1 in the final.

In the modern era, Colchester have found themselves regular competitors in the League One, despite spending their last four seasons in League Two. They even managed promotion to the Championship in 2006, showing that the club has potential to compete at more elite levels than League 2.

John McGreal was appointed as manager of Colchester United in April 2016, following the sacking of Kevin Keen. The former Defender was tasked with turning around the club, following their relegation to League Two. Since his permanent appointment in 2016, McGreal has managed to achieve 190 games, winning 71, drawing 53 and losing 66 in the process.

His playing career was also fairly admirable, making 414 appearances over the course of 17 years, where he scored 6 goals as a Defender. His clubs included Tranmere Rovers, Ipswich Town and Burnley.

The JobServe Community Stadium is situated just off the A12, making it easily accessible from the road for cars to use the 700 space car park. The Stadium itself began construction in July 2007, following Colchester wishes to move from their former stadium Layer Road, which had been their home since their formation in 1937.

The record attendance at the Community Stadium stands at 10,064, which was achieved during League game against Norwich, where they were thumped 5-0 by the promotion hunting Canaries in 2010.

Jamaican international Robinson started his career at Watford, where he made just two appearances between 2006-09, due to loan spells at Wealdstone, Hereford and Southend. In 2009, he left the Hertfordshire based side to join Huddersfield Town where he scored 16 goals in 45 appearances. 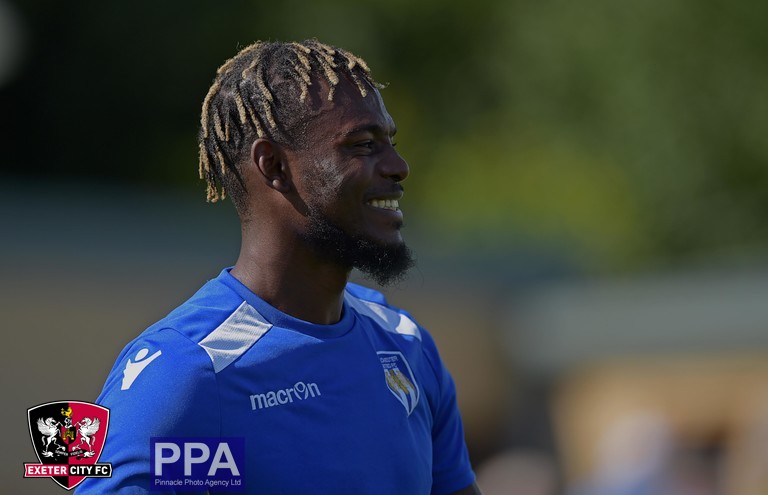 Robinson’s other clubs include the likes of Derby, Millwall, Doncaster and many more. So far for Jamaica, he has played seven games, which were all played during the year of 2013. 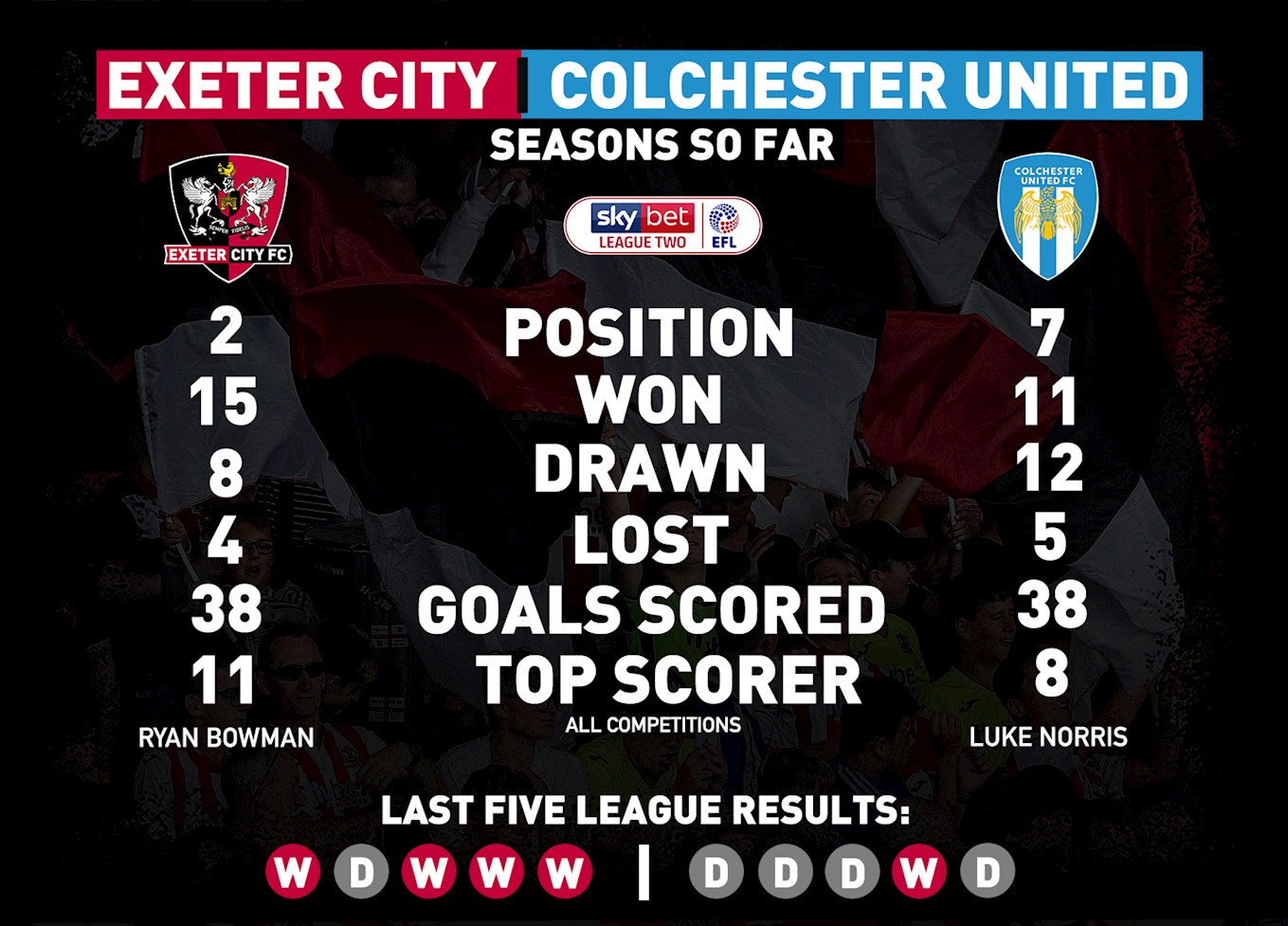 Exeter City cruise past The U’s at St James Park, as goals from Matt Jay, Lee Holmes and Nicky Law give The Grecians a deserved three points.

Neither team could find a late winner, as Sammie Szmodics’ 67th minute goal is cancelled out three minutes later by Jayden Stockley, with both teams having to settle for a point.

Tickets are on advance sale online until midnight on Friday, January 24 City's match against Colchester United on Saturday, January 25 in a 3pm kick-off. Click here to buy now!