Having played more than 300 games over two glorious spells at the club, Dean Moxey will undoubetely go down as a legendary player at St James Park.

Born in Exeter, he came up through the youth system and made his debut as a 17-year-old away at Accrington Stanley. He went on to help the club from financial turmoil by scoring in an FA Cup second round win over Doncaster that helped set up third round tie with Manchester United.

He then went on to help the club back into the Football League and then up to League One, before going on to play for Crystal Palace in the Premier League. He then came back to St James Park in 2017 and has represented the club with great distinction over the past three seasons. However, he was released this week and as such penned the following message to the supporters on Twitter.

"I write this with a heavy heart, to say I'm disappointed with the last few days in more ways than one is an understatement," wrote Dean. "I didn't want it to end this way, ECFC has been a huge part of my life from starting football as an eight-year-old boy I always wanted to play for my hometown club and I am proud to have done it over 300 times. 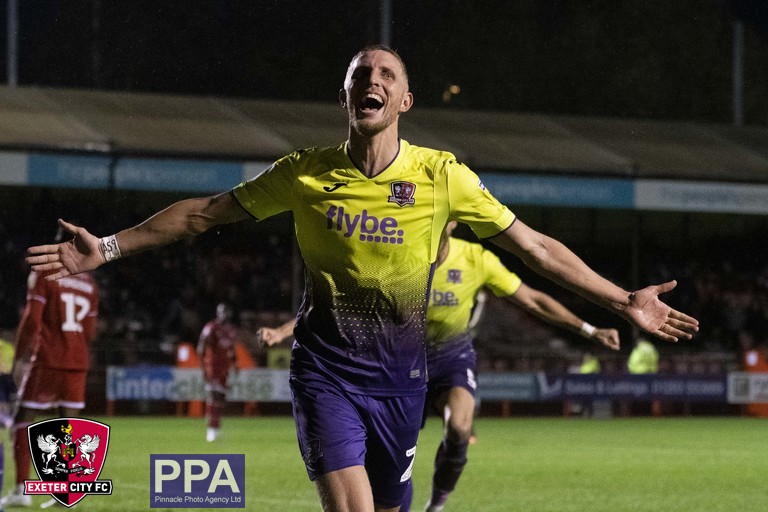 "My time at the club would have been nothing without the early guidance and support from Eamo (Eamonn Dolan), Raddy (Mike Radford) and Taggy (Julian Tagg). I will forever be grateful they gave me a chance at my dream. Obviously, I have had my ups and downs, but to be part of helping this club get back on its feet and back into the Football League was a goal I thankfully was part of achieving.

"There are too many more people to thank personally but please know that I appreciate everyone who has helped me in my ECFC career. The last three years since coming back home has been so enjoyable and that's down to the lads we have in this team. It really is a special group. I have made some amazing freinds and I really wish you all the best in your careers and hope you go out next season and smash it.

"And to the fans, from day one away to Accrington Stanley as a 17-year-old I'd like to think you saw me give every part of me, in every game I played. I have done everything I can to help our club succeed and you have been nothing short of amazing to me, you have made my time something I could never have imagined. So from the bottom of my heart, thank you."