There’s something about Devon that you cannot find anywhere else. The endless stunning moors, beautiful beaches and cultural cities pull people in from far and wide to live in the county.

Many people who leave Devon do so with a longing to return, the same can be said for footballers too. In recent years we’ve seen the likes of David Noble, Ryan Harley and Jake Taylor return to Exeter after playing elsewhere and, as Charlie Howell finds out, it’s not just the players who want to return to the Westcountry.

This story starts during the middle of Exeter City’s 1957/58 season, as the Grecians were stuck at the bottom of the Third Division South table and, after parting company with manager Bill Thompson, had just lost to Southampton 6-0.

City desperately needed a new manager and the chairman had invited Notts County assistant Frank Broome to The Dell to discuss the vacancy. By some minor miracle, Frank was not put off by Exeter’s dreadful performance and he promptly agreed to take his first managerial job at the Grecians just a few minutes after the final whistle.

However, the former England forward couldn’t work any miracles in his first half-season in charge as City finished 24th, meaning that they were placed in the new nationalised Fourth Division for the 1958/59 season.

Despite just signing three new players in the summer, Frank managed to drastically turn City’s fortunes around, leading the Grecians to the dizzying heights of fifth place. Exeter finished ninth in the Frank’s second season before the Aston Villa legend surprised everyone by abruptly leaving for Southend in May 1960.

This wouldn’t be the last the St James Park faithful saw of Frank though, as he never managed to settle at a club or area for long in his time away from Devon.

After City parted company with Jack Basford at the end of the 1966/67 season, the club called Frank, who was at Melita Eagles in Australia and was itching for a chance to return to the UK.

Unfortunately Frank’s second spell in the South West wasn’t as successful as his first and after a 20th-place finish in the Fourth Division, Frank was sacked midway through his second season with City second bottom of the Football League.

That was to be Frank’s last involvement in professional football, as he retired from the game he loved aged 54, moving to Ottery St Mary until his passing in 1994. 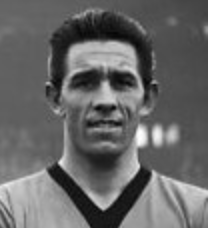 Striker Ted Calland scored 27 for Frank’s Exeter City team in the 1958/59 season, forming a lethal partnership with Graham Rees as the Grecians just missed out on promotion.

City’s highest finish under Frank came in the inaugural Fourth Division season, as the Grecians finished a point off the promotion places. 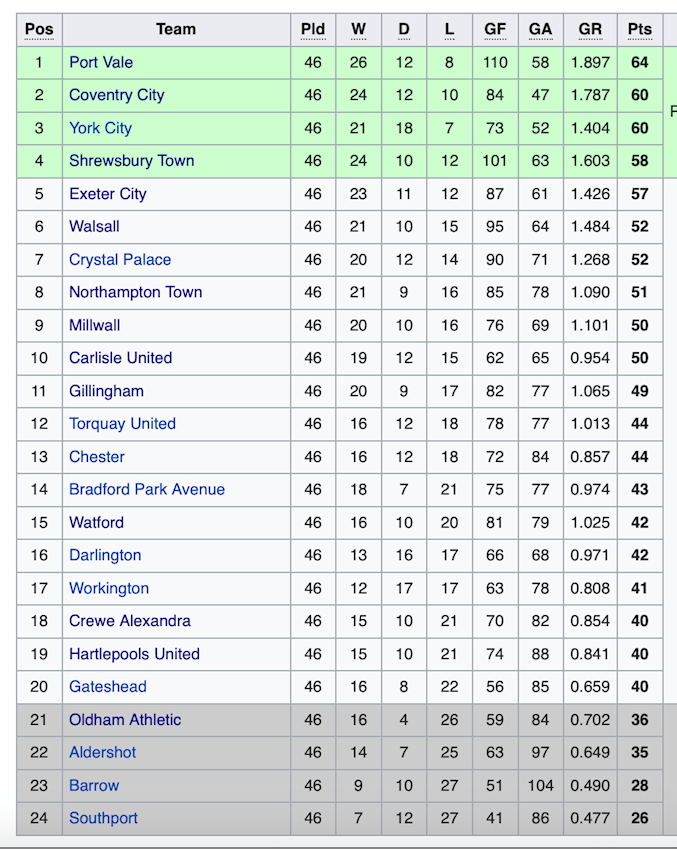