Exeter City wing back Randell Williams has been voted YOUR Apple Taxis' Player of the Season for the 2019/20 campaign.

Randell, 23 has picked up his second award for the season with his strike against Plymouth Argyle already being voted the Goal of the Season.

The young wing back had a superb season, notching five goals, fourteen assists and numerous back and front flips!

Randell received 40% of the total votes, with Lee Martin sitting in second, Aaron Martin in third and Archie Collins in fourth place. 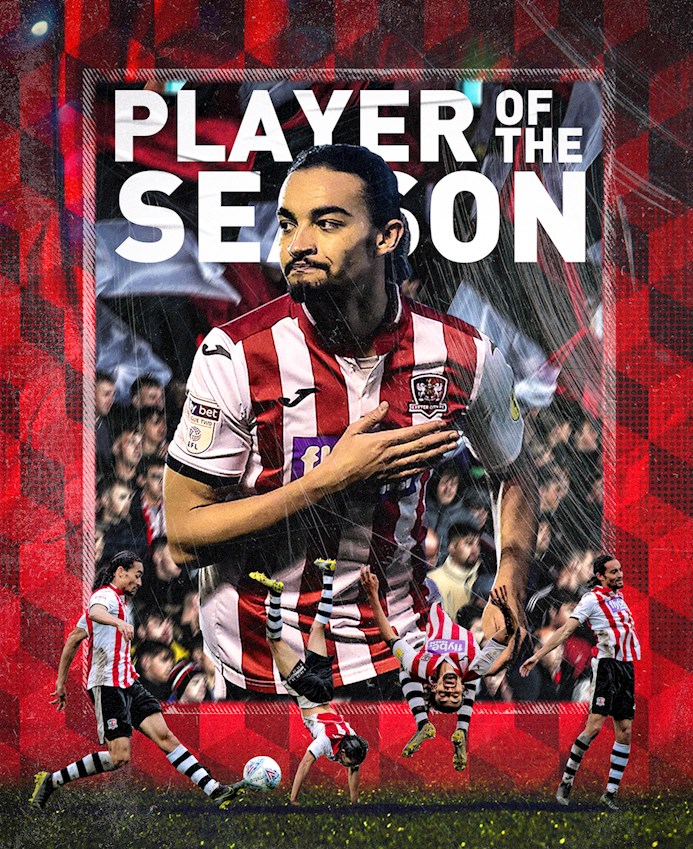 Take a look at Randell's highlights below

Thank you to everyone that took the time to vote, the winner of tickets and travel will be contacted directly.