With the youth season drawing to an early close due to the COVID-19 outbreak, Exeter City’s under-18s head coach Chad Gribble reflected on a season of progression and development in what was a campaign filled with plenty of highlights.

Arguably, the positivity started when the Grecians perhaps defied expectations and achieved their ambition of qualifying for Merit League One when the young squad finished in the top half of the South West division of the Youth Alliance League.

Off the back of an encouraging first half of the season, and with the under-16 age group enjoying plenty of success also, seven under-16s were handed two-year scholarships by the Academy, and joined Gribble’s squad on a full-time basis in preparation for next year.

Those scholarships were certainly one of the finest moments to come out of this shortened season for the Academy, but perhaps the announcement that three under-18s were offered professional contracts was the real highlight, with the club continually looking to create more success stories from their own Academy.

City’s youngsters started their campaign back in August, and they had put in several impressive performances during the early months of the Youth Alliance season including a thumping 5-0 victory over rivals Plymouth Argyle.

Despite suffering a mid-season dip in form, Gribble’s men ended the South West division strongly, taking 15 points from their final seven matches to go into the Merit League in high spirits and decent form. That good run provided real evidence that Gribble had certainly made good strides forward with his young squad despite many of the players being relatively inexperienced at that level.

“The boys have come a long way since the start of the season to where they are now. That is shown by the number of scholarships we handed out, and the number of professional contracts we offered at the end of the season” said Gribble.

“Year on year you see our Academy make real progress with our groups, which, when you put results to one side, is what the coaches will work towards. We would love to win every football match, and love to win leagues and trophies every year. We always like to get the boys to go out onto the pitch with a winning attitude to create a winning mentality, however the importance of developing the young players can be lost in that. 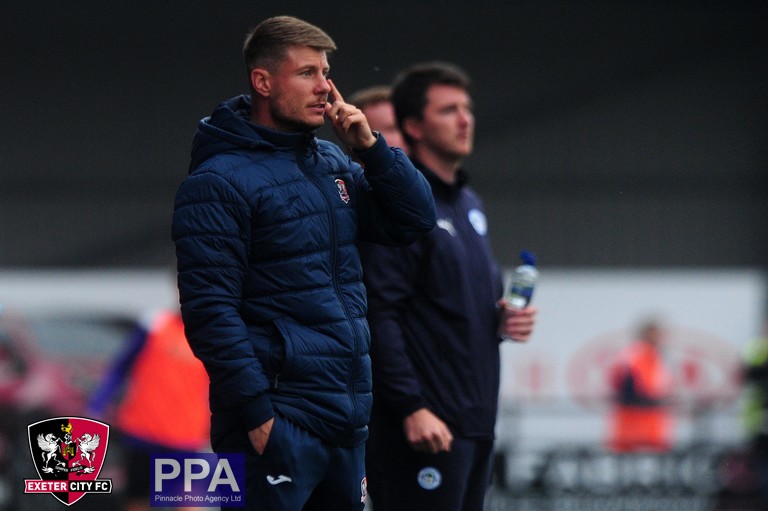 “I am a big believer in giving young players an opportunity. The Academy likes to provide our under-16s with opportunities in the under-18s setup, and regardless of age, we believe that someone deserves a chance on the pitch if they are good enough. If someone shows us potential, we want to stretch them and challenge them further."

Two defeats to Swindon Town and AFC Wimbledon in the Merit League only provided the young players with more learning opportunities, and despite conceding eight goals, there was certainly promising signs that left Gribble and his coaching team pleased at where the players were in terms of their development.

Asked if the Merit League provided his players with the challenges he was looking for, Gribble responded in an upbeat manner.

“Absolutely. The quality you play against is as high as a normal Youth Alliance league game because everyone takes it seriously. Every team uses the matches differently which is good as it gives us different challenges.

“Our first match saw us take on a senior Swindon Town side, and we played ok in parts. We had a lot of Under-16s on the pitch, but Swindon’s physicality was too much for us and their game nous and ability to play the weather conditions better exploited our vulnerability.

“We were beaten by Wimbledon in the second match because they were sharper and more clinical in their approach. We were dead and buried in the first half, and despite giving it a good go in the second period, we just weren’t as good as them on the day.”

Those two Merit League losses may have hurt at the time, but they have provided Gribble with the aspects he and his team will be looking to work on, and the goals he will set him and his players for next season.

“It doesn’t surprise me we have mentioned the lack of consistency in our game a lot this season. All over the country, there are a lot of young players with great potential, but their consistency is crucial and is what could potentially earn those individuals a career in football.

“The ultimate goal for our coaches is ‘can we help these players achieve a professional deal?’

“I am delighted with the group we have for next season, and we have a lot of talented boys in there, but I will want them to take that ability and turn that into good performances on the pitch. They have certainly shown how competitive they are as individuals.

“The real goal at this current time however is getting everyone back to normality, and that is something everyone is looking forward to the most. We are making sure we keep in contact with the boys, and have put in place fitness programmes for them to follow whilst they are off which get continually reviewed and changed.

“When we were sent home on March 13, never did I think we’d be away for so long, but everyone’s safety is paramount. We kept players going with a programme, so we have managed to plan for this quite well. I am fortunate to work with Jacob Staines who is our Head of Academy Sport Science and Medicine. He made adaptable programmes for the players so credit has to go to him for his work with the boys. Thankfully we have a bit more clarity regarding our situation now, and we can now prepare for our return and the start of next season, whenever that may be.” 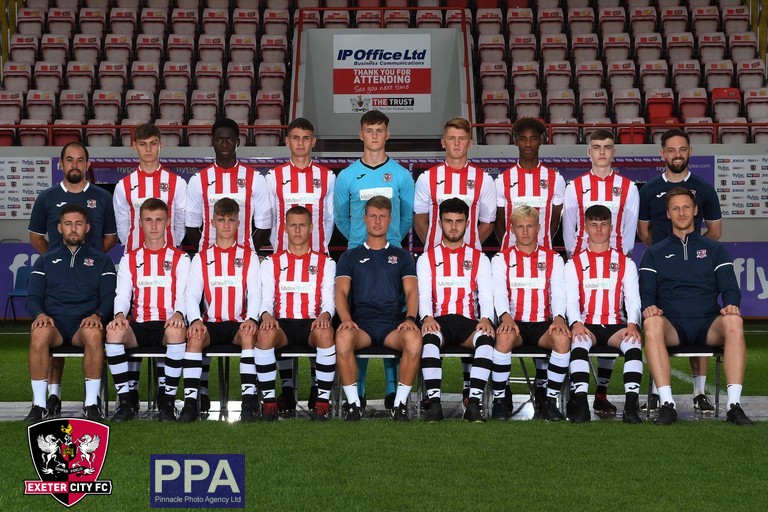 With a prolonged off-season period for the players however, it gives them a time to reflect on the season, and the success stories they produced. Lewis Wilson, Louis Morison, Cheick Diabate, and were the latest batch of under-18s to be handed the opportunity to join the club professionally and link up with Matt Taylor and the first-team from next season.

“In terms of achievements, offering professional contracts to three of the boys is certainly high on the list,” said Gribble, before adding “If we can help the players get there, then those are the moments you work for. I’m proud of all three of them.

“That good news helps make this a good season for us. Coupled with the fact we were able to put a young side out on the pitch who were able to get into that top Merit League.

“There have been several stand-out performances, as well as games with a lot of goals, which have been great matches to be a part of, but for anyone who has watched us this year, I’d like to think we displayed a hungry group of players that played with an attacking style of football.”

For all of the good news coming out of the ECFC Academy this year however, Gribble completed his round-up praising the players of Academies around the UK during these troublesome times.

“Finally, I would like to say a big well done, to not just our group, but to all of those guys that are a part of Academies up and down the country. A lot of people are facing uncertainty during the early stages of their careers, and that must be very unsettling for them. To manage to keep going mentally and physically is a big achievement, and I can’t imagine what they are going through. Well done for their huge effort in what is tremendously difficult times for everyone.”