The display, if 19 iconic photos from each year of the Supporters’ Trust existence, was created in collaboration between the ECFC Museum, club and Supporters' Trust, thanks to funding from the National Lottery Heritage Fund, and will be there for all supporters to see when football return to SJP.

However, in this four-part series, museum officer Will Barrett took the time to talk us through the photos he chose. Below are his thoughts photos from 2010 to 2014. 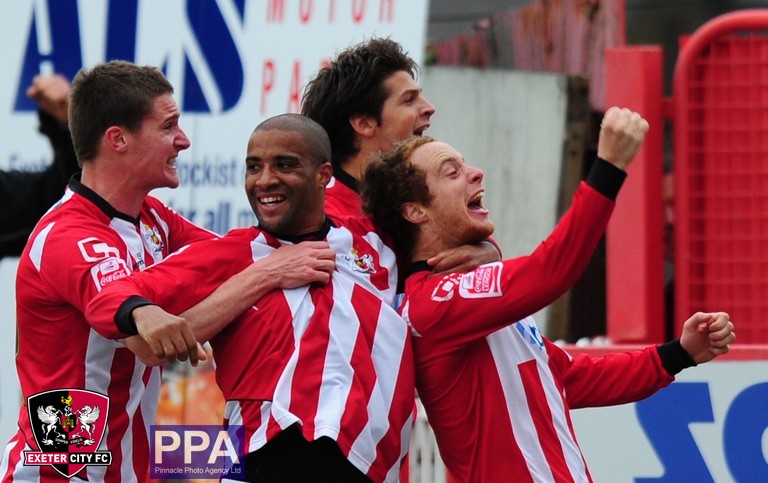 We loved the 2010 picture and obviously you have got some big-name players in there, with Logie (Richard Logan), George Friend and (Ryan) Harley. This picture if from the Huddersfield game on the last day of the 2009/10 season. Ryan scored that late winner and it was quite possibly his finest moment in an Exeter City shirt. I spoke to Tis (Paul Tisdale) a few years ago and he said this game was his personal highlight. 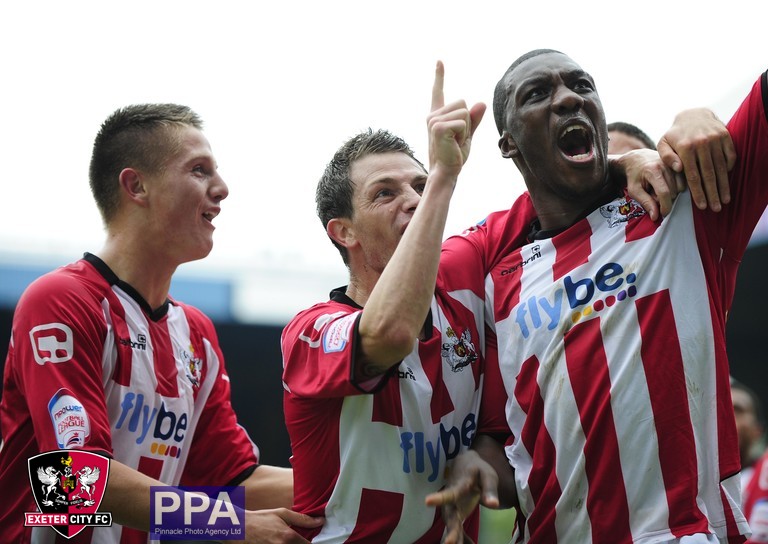 This was the first photo that we put in the exhibition. We thought what was the maddest thing that happened in 2011 and, of course, everyone who was around at that time remembers this goal. Then when you see this picture it is a wonderful one from Pinnacle and it, kind of, set the tone for the rest of the exhibition. That was what we were looking for. 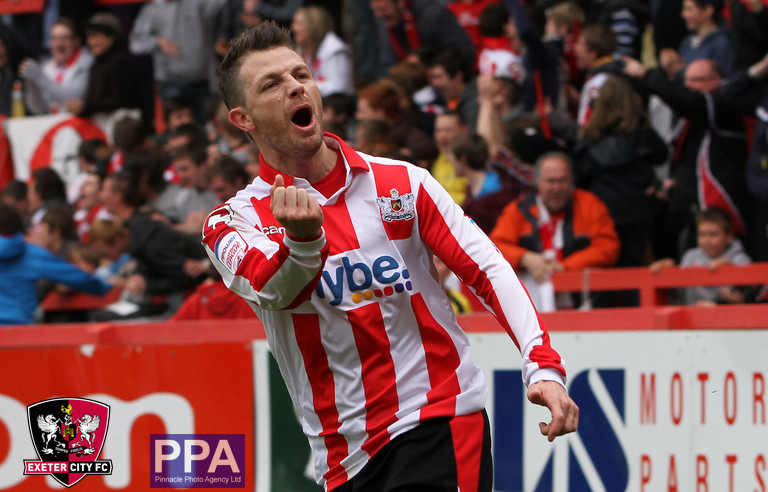 This is Jamie Cureton wheeling away and almost celebrating to where this photo exhibition is going to be. At the time he was a goal machine – and going all the way through this exhibition – we were trying to find certain players in certain time periods that make it obvious when the photo was taken. And, around this time, in 2012, was when Jamie Cureton was at his best. So, it seemed quite appropriate. 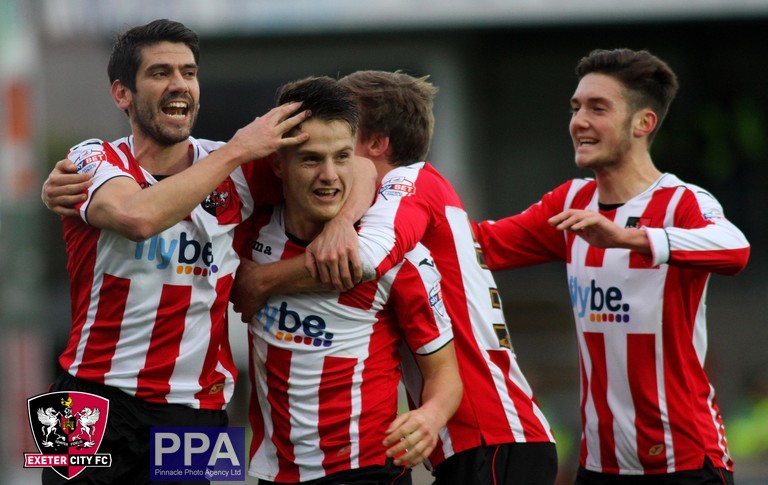 In 2013, it is getting to around the time when a couple of the young lads are starting to emerge as very good players – so you have got Tom Nichols and Matt Grimes in there. We wanted to try and represent the academy throughout the exhibition as well because when you talk about 20 years of the Supporters’ Trust and the Trust model, one thing everyone is massively proud of is the academy and the players who have come through that and the fact that we have had two successive managers who have provided pathways for them into the first team. So, I wanted to find some of those academy players and this picture is quite nice as well because it has got Danny Butterfield in the picture, who went onto be a coach at the club, so you have got that mixture of youth and experience. 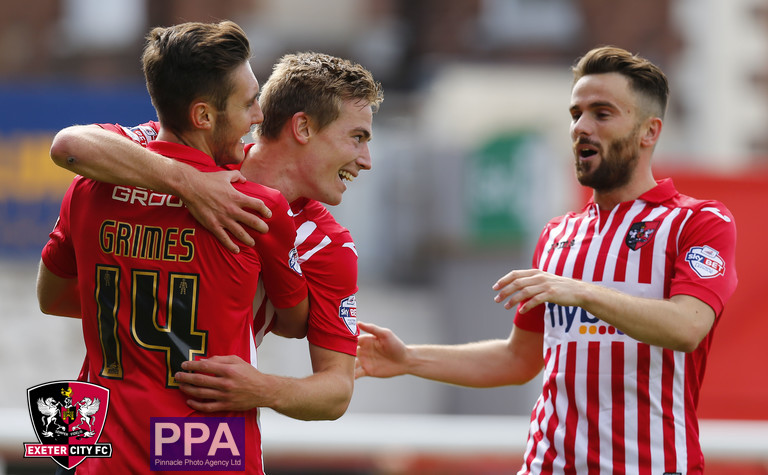 We put this photo in because we wanted a picture of David Wheeler in the exhibition. He got some stick when he came back with MK Dons and it is funny because when some players leave and come back, they get a wonderful reception and others not so much. Matt Grimes is a player who has come back and got a good reception and he is giving David a hug in this picture, which I like. David got those seven goals in seven games to break an 80-year club record of scoring in consecutive matches so he will go down in the history books. However, I think he is an interesting figure because our improvement as a team, seemed to match his improvement as a player. I remember that season that we got to Wembley in 2017 and he netted 21 times that campaign, including at the home of football, and picked up the fans’ player of the season award. He went from a player who would play maybe 60 minutes of matches and be in around the first team to one of the first name’s on Paul Tisdale’s team sheet.