The display, of 19 iconic photos from the Trust era, was created in collaboration between the ECFC Museum, the club and Supporters' Trust and the University of Exeter, thanks to funding from the National Lottery Heritage Fund, and will be there for all supporters to see when football returns to SJP.

A final photo for 2020 will be selected by a fan vote at the end of the season, so keep an eye out for that.

In this four-part series, the co-ordinator for the heritage funded programme, Will Barrett, took the time to talk us through the photos chosen by the museum team. Below are his thoughts photos on the first five. 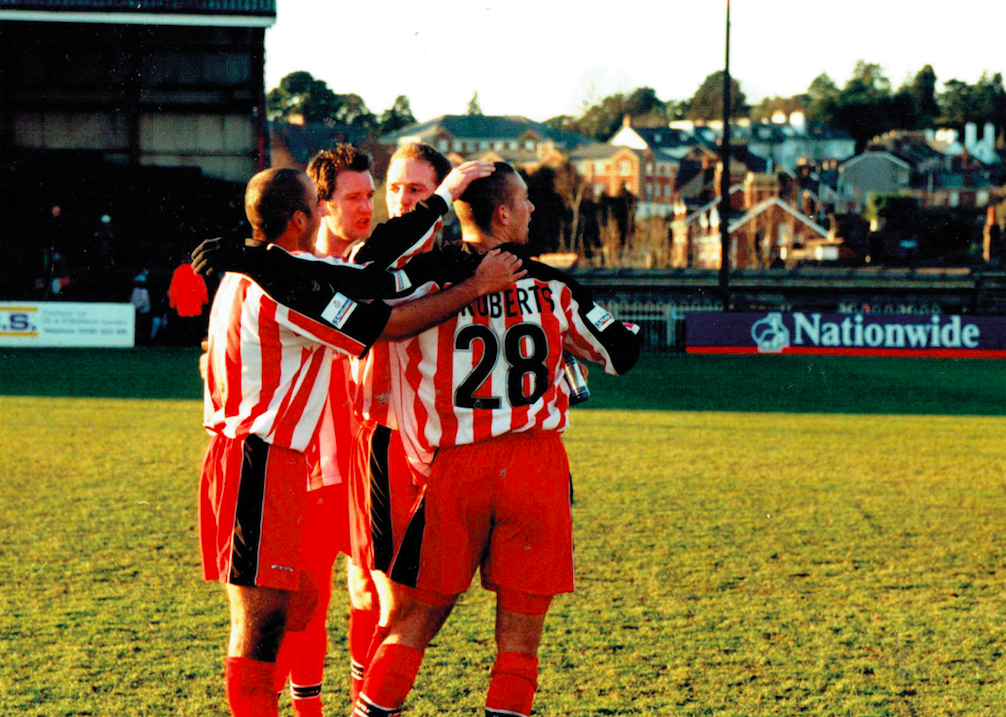 This photo was donated to us by former club photographer Chris Howes. It was collected at one of our Heritage Funded gathering events and the thing that made it pop out was that Alex Inglethorpe is in the photo. Also when we are putting together photograph exhibits we are always trying to pick pictures that are showing different parts of the ground and this one has got that bit of the stadium that I really like where you can see into the city through that gap between the Old Grandstand and the Big Bank. It has also got the billboard there with Nationwide, which was the league sponsors at the time, and evokes memories of that period. 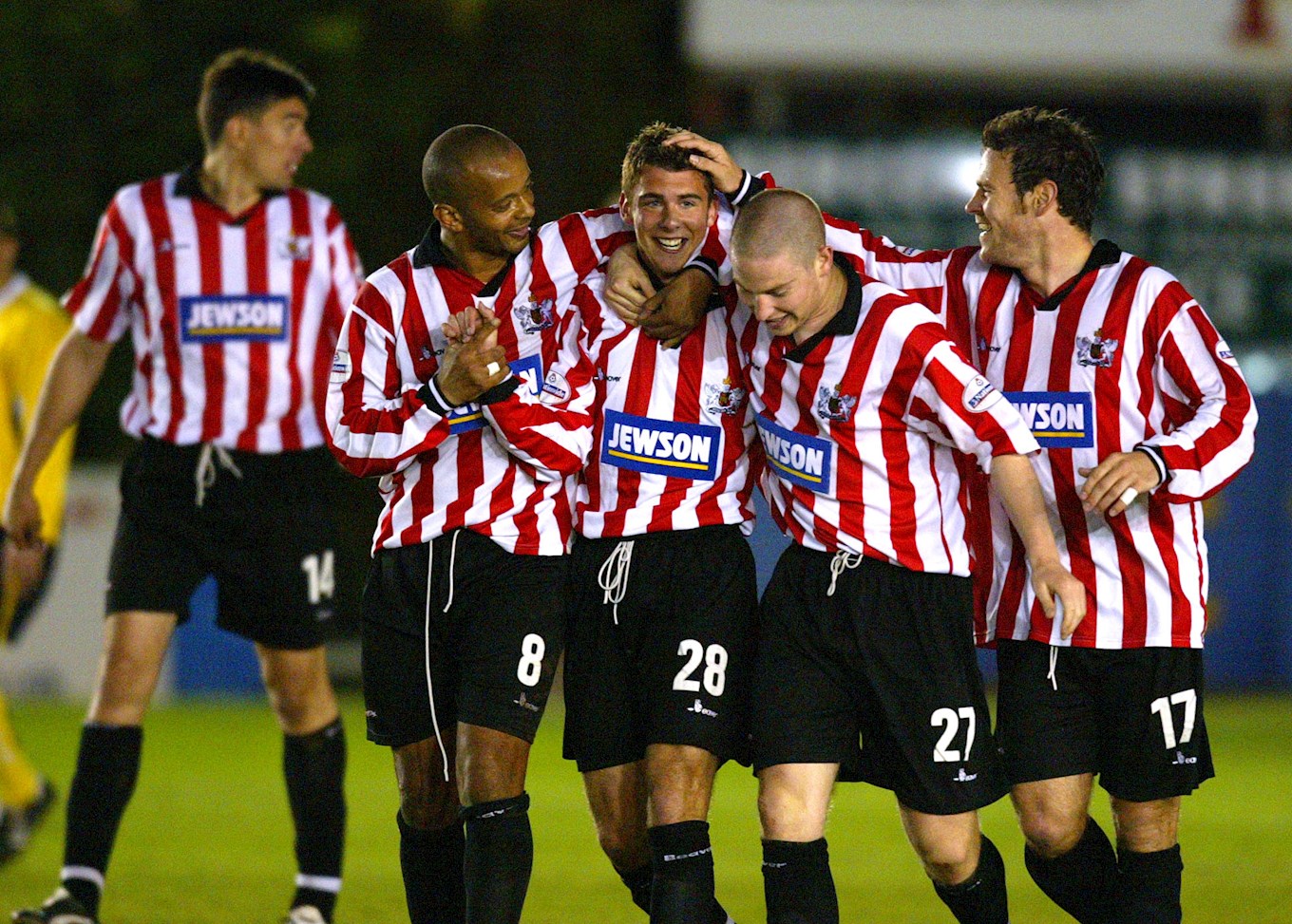 To celebrate 20 years of the Supporters’ Trust, the general aim of the exhibition was to share positive moments, and this photo just fitted that brief perfectly. The images are all on display between the Main Stand and the Big Bank and as that is a place that a lot of us associate with celebrations, it felt like a perfect theme to have images of players doing just that. We are limited with what photos we have from this period but this one seemed to capture the mood and it has some big players in the picture with Steve Flack, Kwame Ampadu and Glenn Cronnin. 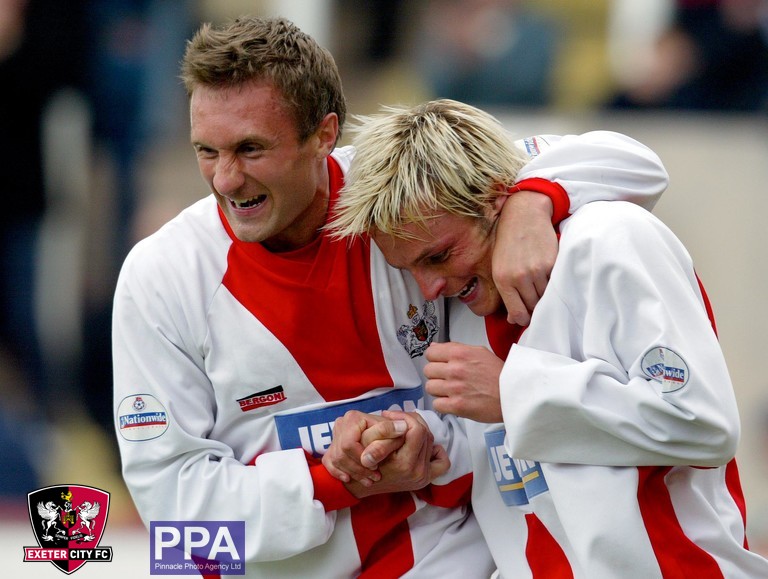 This picture went in because as we are celebrating 20 years of the Supporters’ Trust, we had to get Sean Devine in the exhibit. Sean is not only a former player, but also a former trustee, so it seemed appropriate to include him for his contributions on and off the pitch. We had a few more on the shortlist for this year, but this was a good picture because there is nice kind of aesthetic to it, with some happy expressions captured. 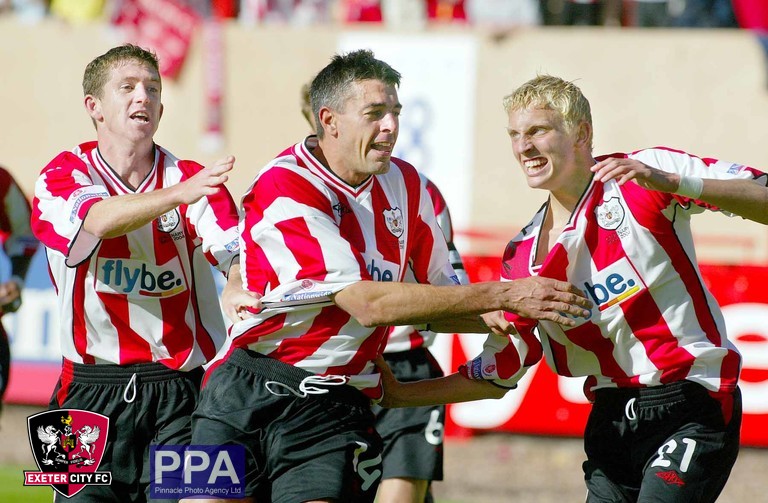 When we were putting together the exhibition, we had lots of volunteers and people from the club coming into the museum, and we are always talking about people’s favourite players. So when we came across this photograph and it has Barry McConnell, Steve Flack and a young Dean Moxey, we thought that it was absolutely perfect. 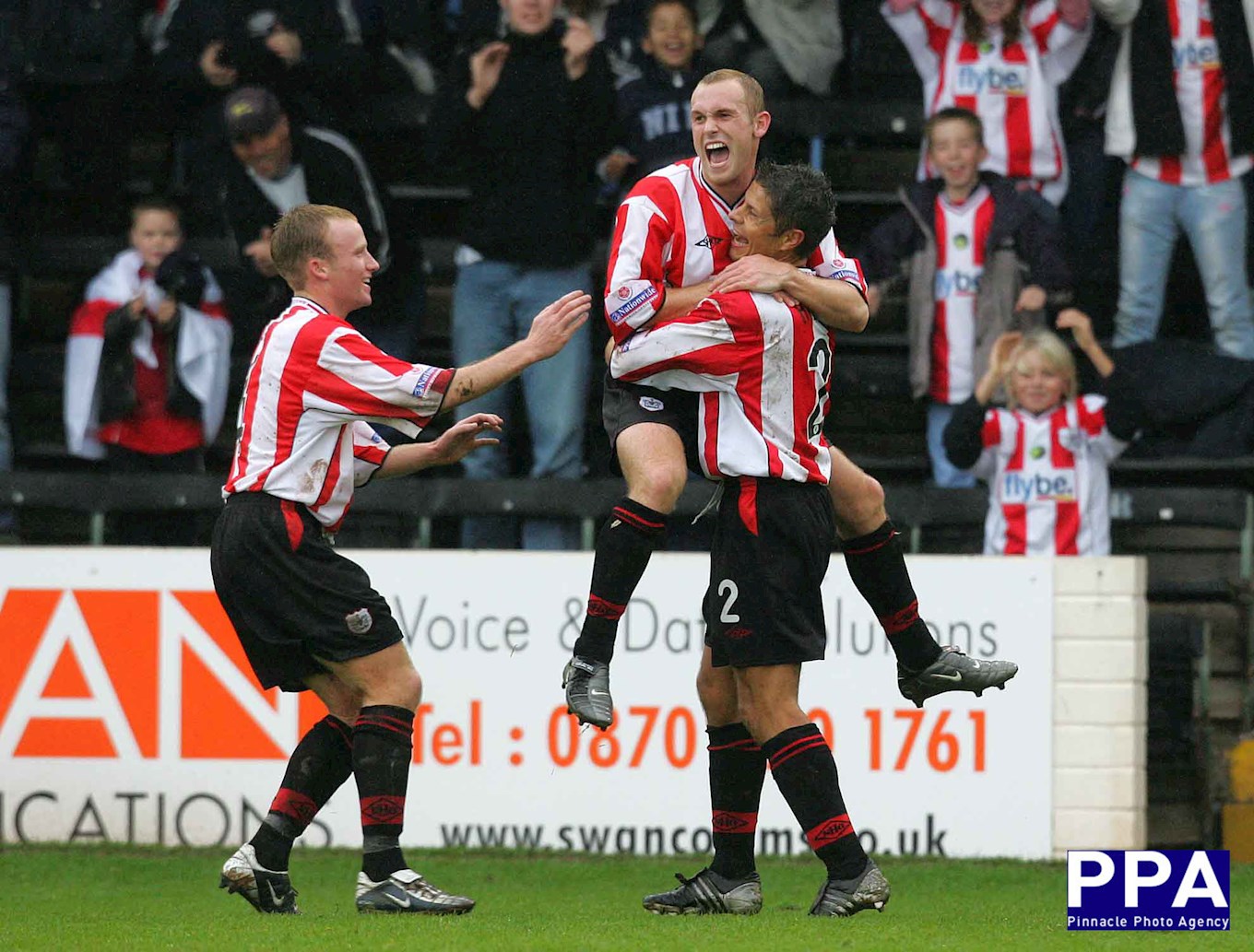 We liked this photo because it got some of the fans in the background as well. You can see the players in the shirts and the supporters in the shirts behind them – with that iconic Flybe sponsor. I think it is important to acknowledge them in the exhibition, and it shows just how long their relationship with the club and with the Supporters’ Trust lasted. It was also a way of getting Scott Hiley in the exhibition. Scott is an absolute club legend, isn’t he? He is the one player that straddles though two successful periods of the 1989/90 title win and the club rising from the ashes and the rebirth of the club under Supporters' Trust ownership.

We hope you enjoyed these first five photos – keep an eye on our website tomorrow for Will’s thoughts on the photos picked from 2005-2009.