Two of the top three meet under the lights at St James Park as third placed City take on second placed Crewe Alexandra in a 7:45pm kick-off.

Just a single point separates the teams ahead of the match, but midfielder Nicky Law is keen to emphasise that the team need to forget that and focus on the team in front of them.

"It's a big game" said Nicky. "We have to try and clear our minds of that and make sure we do the things we know that have stood us in stead so far this season."

Exeter City players will be warming up in Andy's Man Club t-shirts before Tuesday night's match against Crewe Alexandra at St James Park to help raise awareness of the group.

Andy's man club has become one of the most important organisations working to help men today – the group sessions are changing the lives of hundreds who have hit rock bottom and are continuing to grow in number at a remarkable rate. 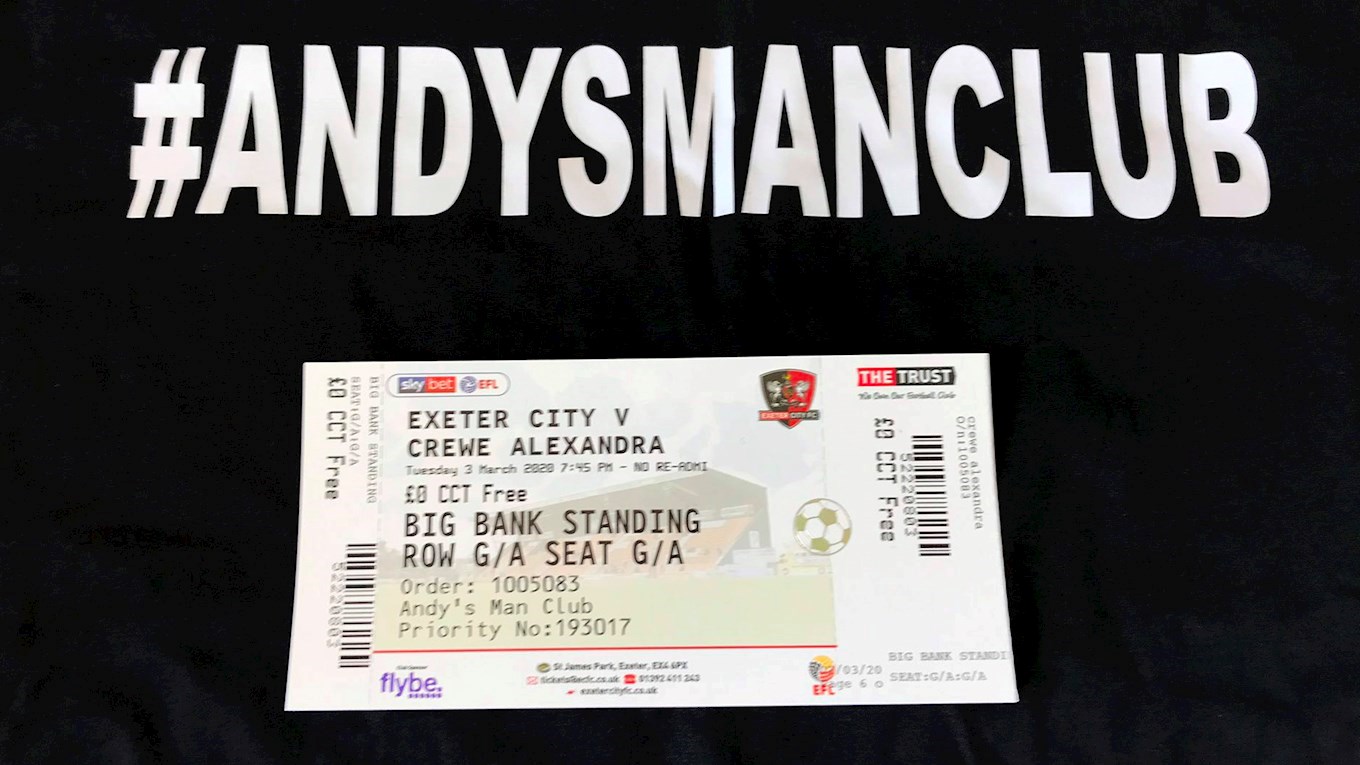 Two of the top three meet at St James Park on Tuesday. The Grecians come into the match sitting in third place, just a point behind visitors Crewe Alexandra.

Crewe picked up a point on their travels last time out as Perry Ng's early second-half strike was cancelled out by Aaron Wildig.

Tickets are on sale at advance prices until 5pm in person and midnight online, on Monday, March 2 so you can save time and money, and pick your seat in advance. Click here to book online.

Season ticket holders can use their ticket with the previous date on it for entry.

*Junior Grecians members get access to free match tickets when purchased alongside a paying adult. There are two family friendly areas available at St James Park, section E in the IP Office Main Stand and a section of the Thatchers Big Bank which is identified by the white barriers).

Tickets are limited and it is advisable to book early. Click here to find out more about Junior Grecian ticket offers.

Can't make it to the match? Fear not you can watch the match LIVE in the UK and Overseas for just £10. Click here to grab a match pass. 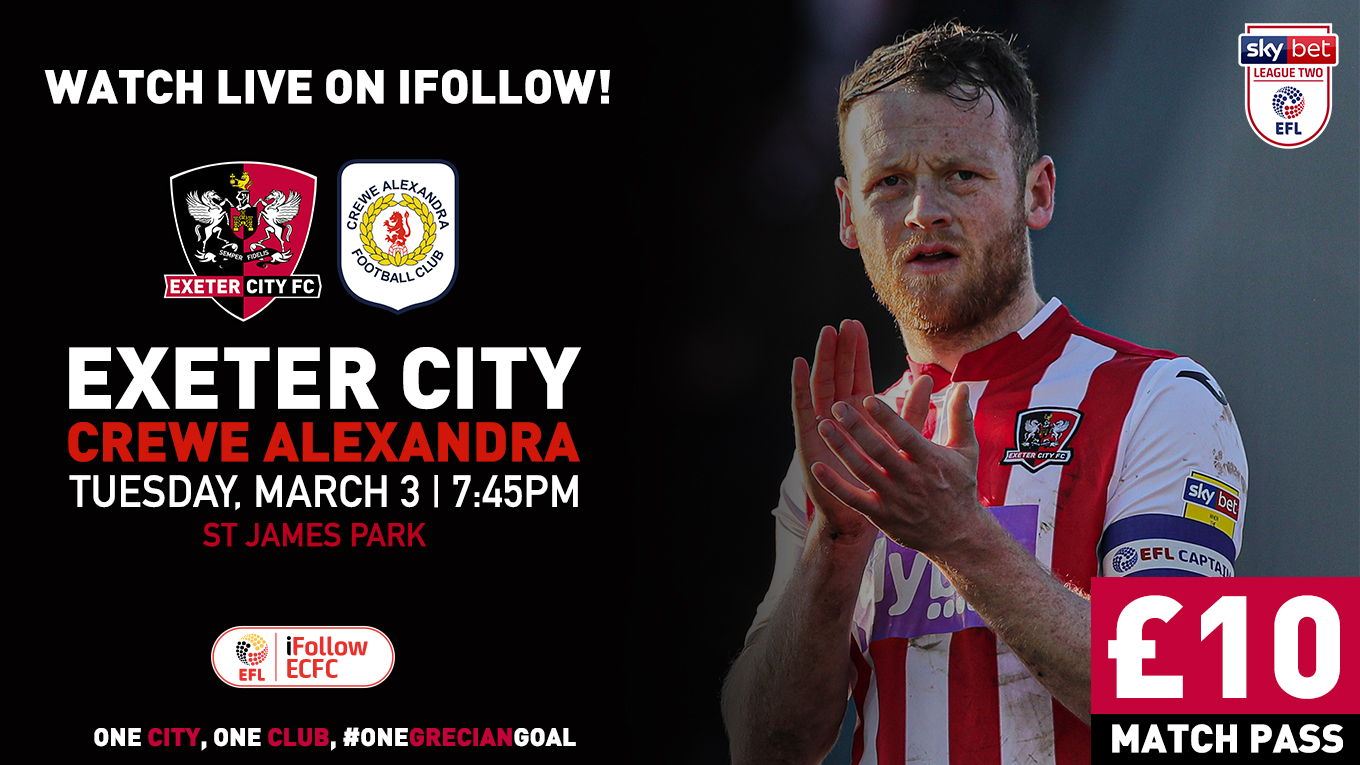 As usual, we’ll have the match covered across our social media channels and we’ll have a post-match interview with manager Matt Taylor and a player as they reflect on the result. You can also tune into BBC Radio Devon to listen to commentary as well or watch LIVE on iFollow in the UK/Overseas.

Dean Moxey's early strike earned the Grecians a point at the Alexandra Stadium back in October.

Our match sponsor is Dream-A-Way, which was kindly donated by Thatchers' Cider. Our match ball sponsors are the NPS Group. We hope they all enjoy their day at St James Park.

The feature interview for this edition is Jayden Richardson, who is on-loan from Nottingham Forest. Jayden chats about making 24 appearances so far during his first loan spell, and how he feels he has improved. 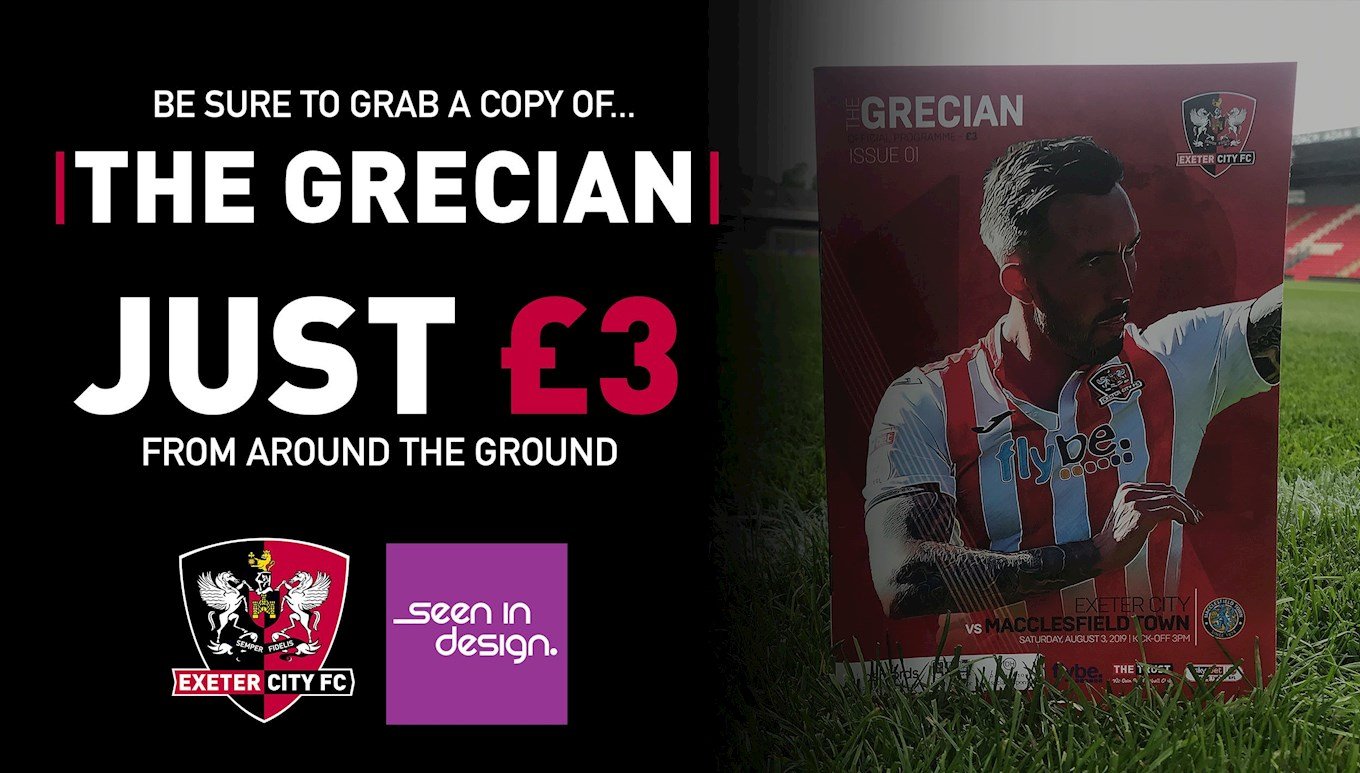 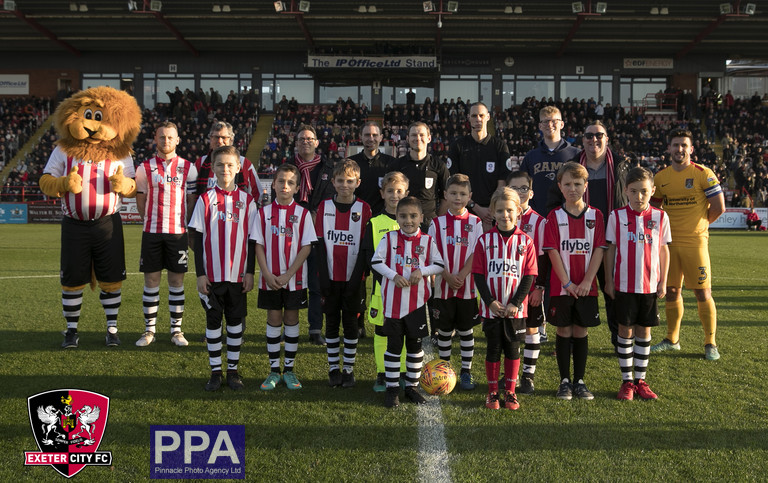 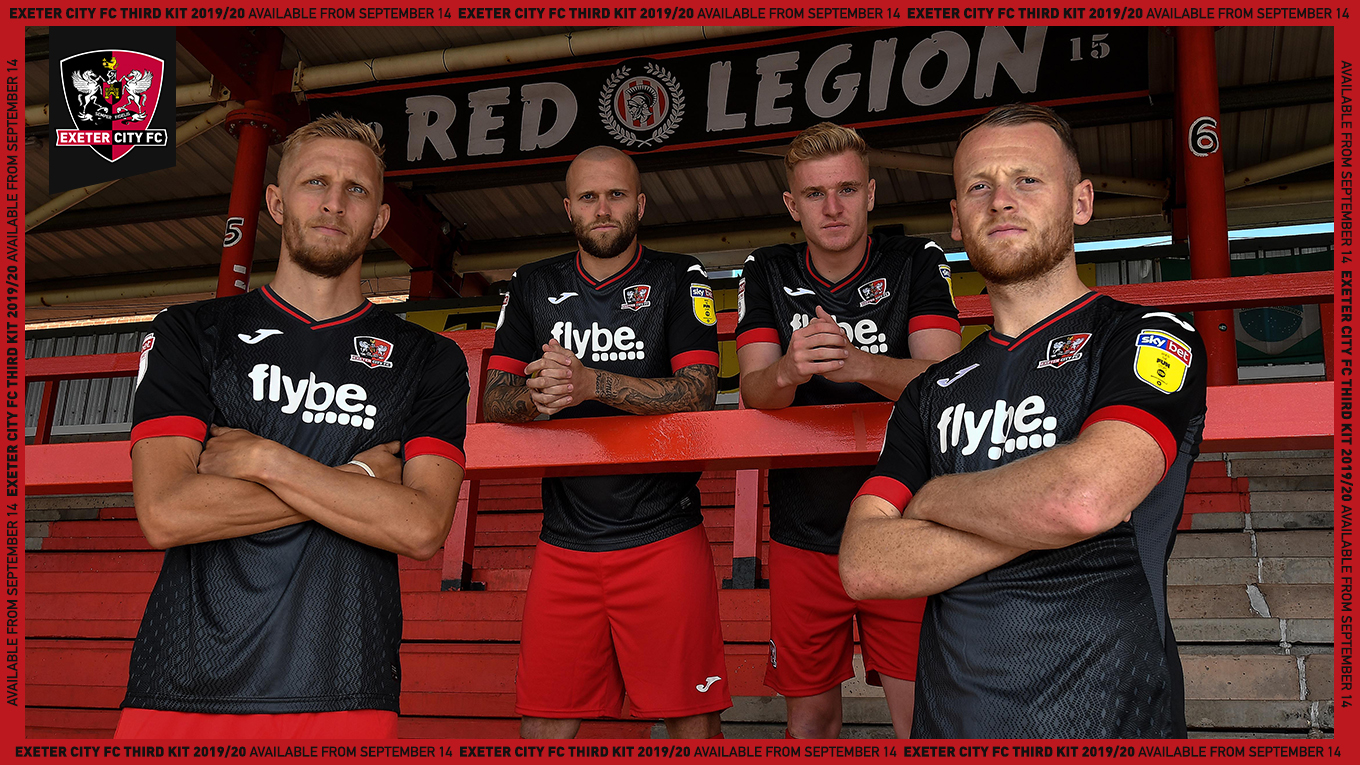 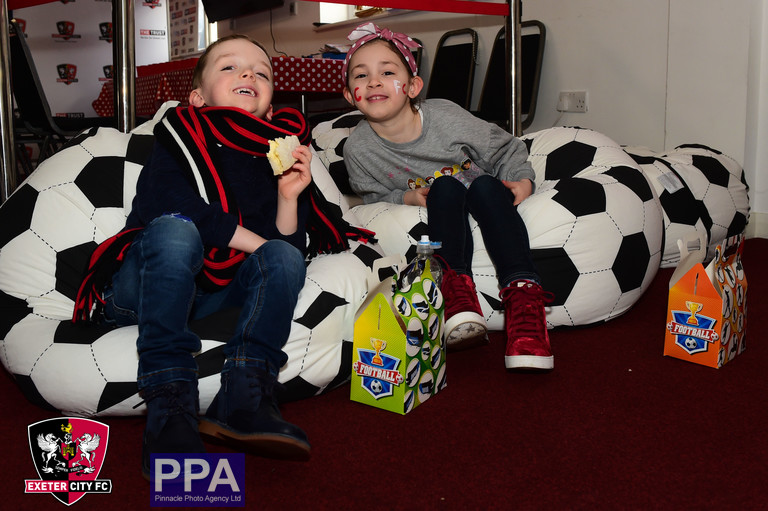 Another extra service that has really taken off is photos of away and City families in the respective dugouts. If you would like to record your visit with this 'Kodak moment; please ask at the Tombola stall at 6:30pm.

Don't forget those special selfie an autograph opportunities as the players start to arrive around 12:45pm! 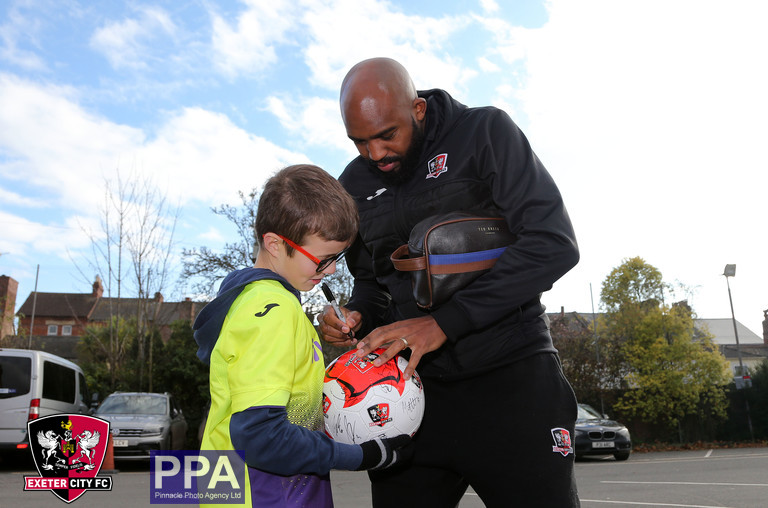 East Devon Grecians will also be supplying a quiz sheet for a small donation to their funds. Every penny then earn is used to improve things at St James Park and The Cliff Hill training Ground.

You can also pick up some free player stickers from the Ambassador Team situated around the outside of the stadium, the Information Point/Meeting Place and the Tombola Stand, this week's player is skipper Jake Taylor!

At the Tombola stall You can also take part in the Exeter City tombola where the first prize is a signed Exeter City football. Just pull out number 25 (Jake Taylor!) and you can take the second ball home.  Team Sheets will also be available for a small donation with all funds raised go directly to the academy to support the future of the club.

To help boost the funds for the Academy you can also obtain a team sheet for a small donation at the Tombola stall.

All being well (weather permitting) the Guard of Honour will be available on Tuesday night. The lucky flag wavers should be selected from the IP Office Main Stand around 7:20pm.

After assembling, the Guard of Honour (and parents) move to the far side of ground to get some practice in waving their flags, which also presents an opportunity for Grecian and Lexi to pose for photographs.

When the players finish their warm up the Guard of Honour go on their 'lap of honour' in front of the stands to the players’ tunnel. After they have been on the field and welcomed the teams and officials onto the pitch they receive their “gift” (a bag of sweets) and certificates of participation.

If your son, daughter or grandchild has not been involved in the Guard of Honour and you would like to make sure they do not miss out please email customerservices@exetercityfc.co.uk. 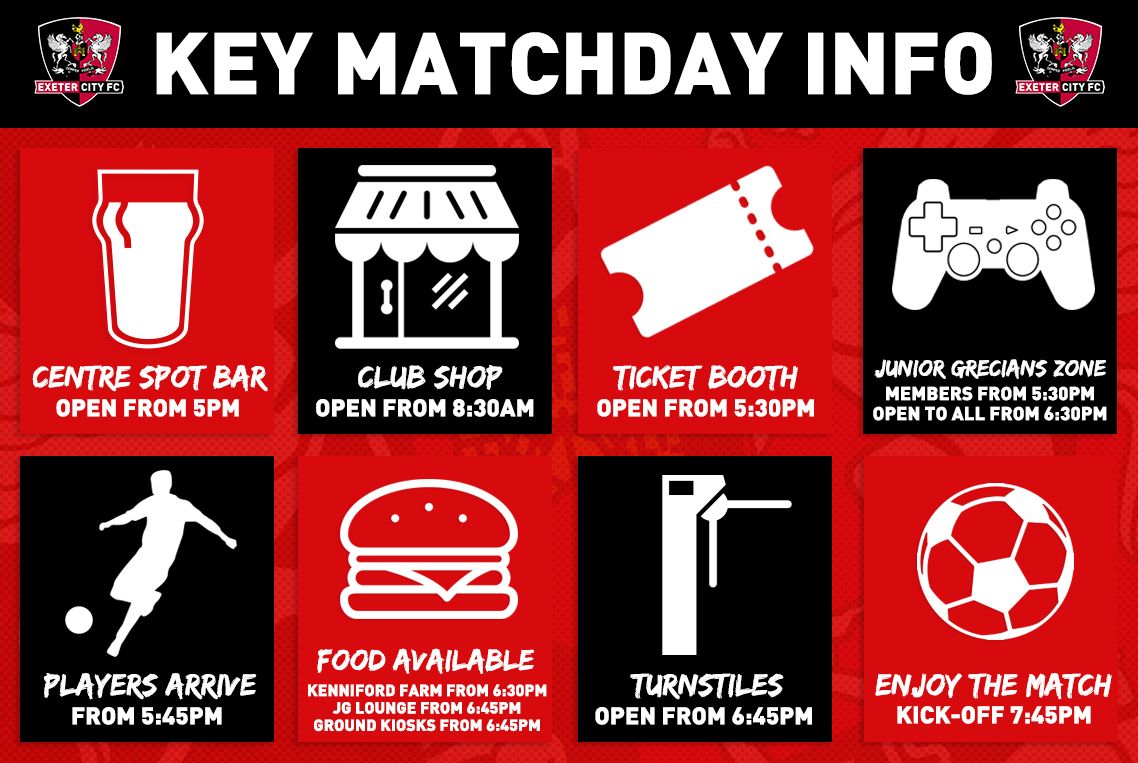 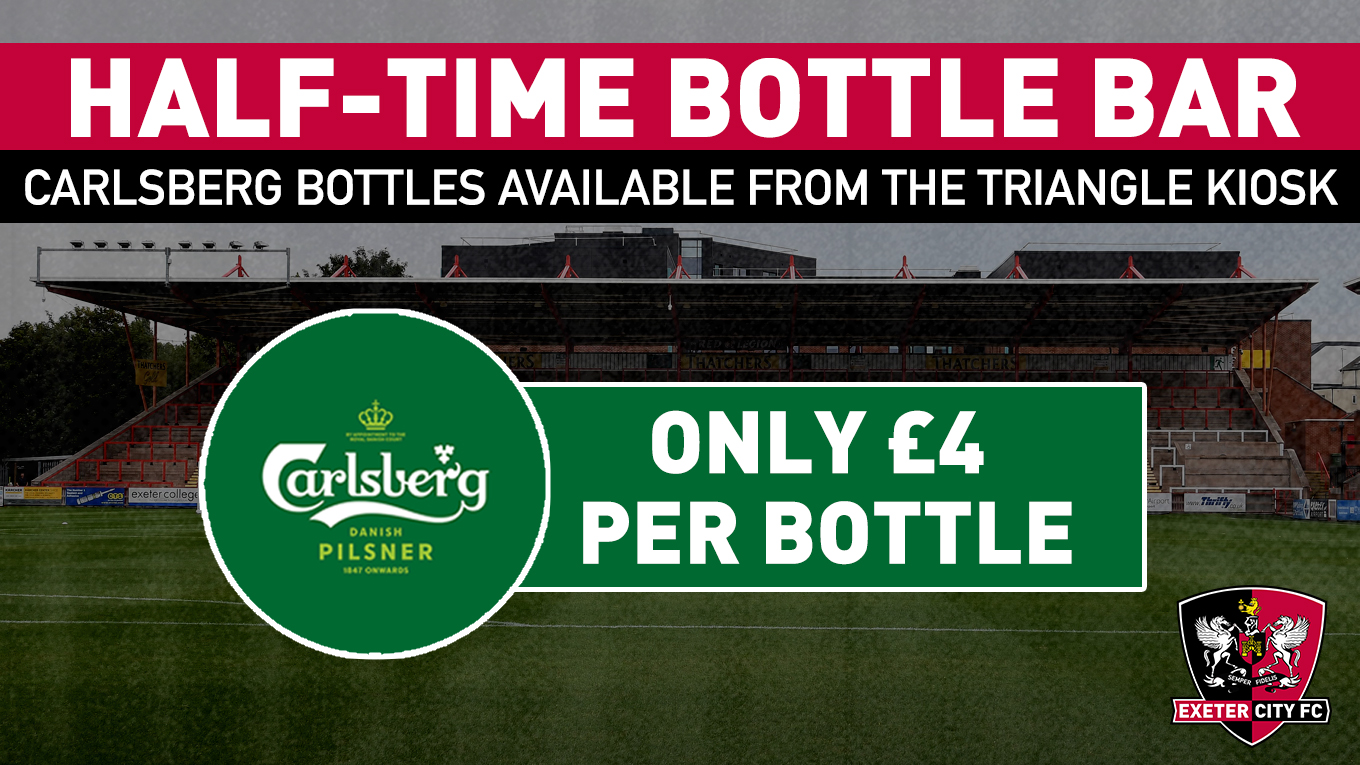