Back in August 2019, the Supporters' Trust launched STARS, a fundraising campaign in support of the Academy.

The target was set at £12,000 and by March we were well on the way to achieving our aim having already raised £11,000.
However on Friday, March 13 when the Football League was suspended due to Covid-19, it meant that the remaining fundraising activities were also cancelled, leaving the target £1000 short.
The Trust Board agreed unanimously to make up the short fall and so together the pledge to the Academy has been fulfilled.
The Trust have recently received a message of thanks from head of coaching Kevin Nicholson and it is for everyone that supported STARS - by donating money, by increasing their Trust subs, by attending events, buying badges or postcards and by sponsoring events.
The club helped enormously with support hosting events and with media coverage, it was a united effort which has been hugely appreciated as you can read below.
Thank you all.
The Supporters Trust
"We are hugely grateful to the hard work, commitment and generosity that the Trust, its members and the Exeter City fans have shown by coming together during this extraordinary season and managing to raise this money for The Academy.
"Every penny raised will go to good use and help the Academy continue its proud history of producing fine young men and excellent young footballers.
"It will help to bolster the first team with players who can help with the fight for promotion in League Two and raise funds by the sales of players who go on to bigger clubs and continue to represent the Academy and Exeter City in the positive light that it deserves.
"A massive thank you to all involved, we look forward to seeing you all again in the future when we have worked together on a larger scale to beat Covid-19 and returned to watching the game that we all love."
Kevin Nicholson.
ECFC Academy 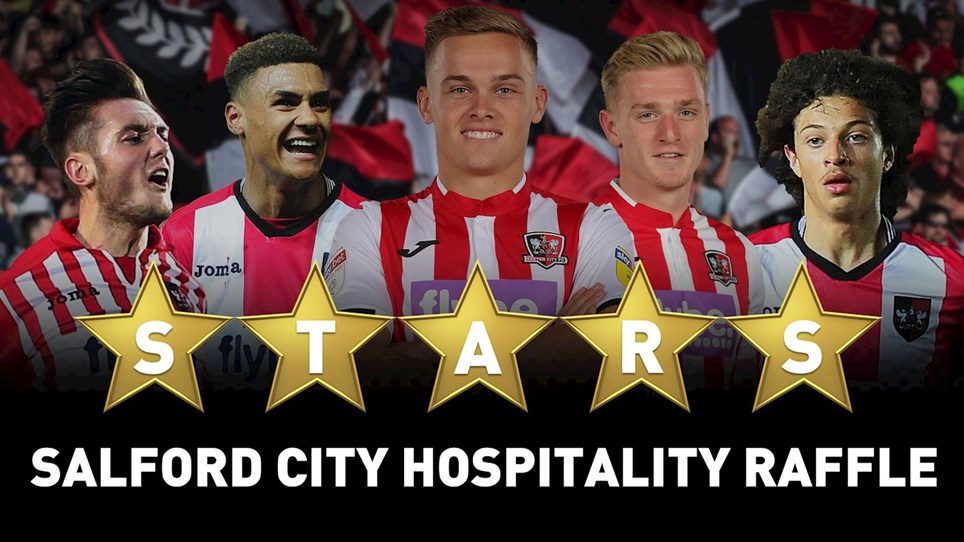 
RGB Building Supplies are sponsoring City's fixture against Salford City on Saturday, March 14 and have generously donated some of their hospitality places to the Supporters' Trust who will be raising... 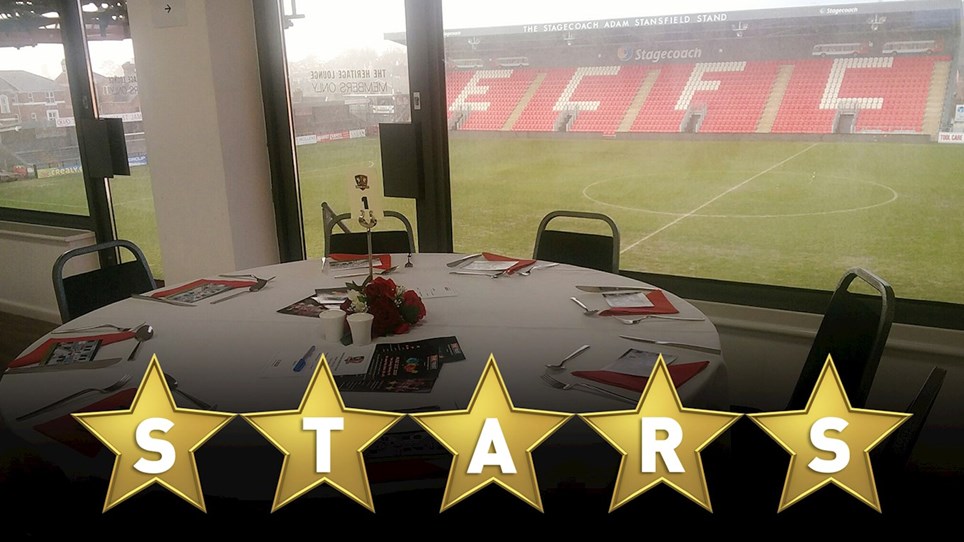 
Our first Supporters' Dinner on Tuesday evening raised around £700* for STARS thanks to the generosity of our Supporters.


Congratulations to Gail Harvey, Mike Cuthbert and Ollie Hardy who have won hospitality as match sponsors of the day at this Saturday's match against Salford City in the recent raffle. 
The running total for the Supporters' Trust STARS campaign has now hit £10,500.