Exeter host AFC Fylde for the first time this Saturday as FA Cup fever returns to St James Park for a 1pm Kick-Off.

The Coasters were founded as Kirkham & Wesham after the merging of Kirkham Town and Wesham in 1988 - merging the two names. The club dominated the West Lancashire league in the early 2000’s earning their promotion to the North West Counties league for the 2007/08 season.

In their inaugural season in the FA Vase, Matt Walwyn scored in the 93rd minute as Kirkham * Wesham beat Lowestoft Town 2-1 at the new Wembley in front of nearly 20,000 fans to win their first major trophy.

Ahead of the 2008/09 season the clubs changed their name to AFC Fylde. The Fylde itself is a region by the West Lancashire shoreline, hence the teams nickname: The Coasters. The club play 10 miles outside Blackpool, between the seaside resort and Preston.

In 2016/17 AFC Fylde gained promotion to the fifth tier of English football, under the guidance of Dave Challinor, now at Hartlepool. In 2019, Fylde twice returned to the capital. In the Conference Play-off final, they lost to Salford City, but a week later they beat Leyton Orient 1-0 in the FA Trophy final- courtesy of a Danny Rowe free kick.

Last season AFC Fylde reached the third round of the FA Cup for the first time in their history, earning a lucrative tie against Premier League Sheffield United. Despite this, the club were relegated back to the sixth tier.

When the two sides take to the pitch on Saturday, the 44-year-old would have been managing against Exeter City on his 16th occasion, more than any other visiting manager in the 21st century - overtaking Keith Curle.

However, Bentley is due to undergo heart bypass surgery next week so will not be on the sidelines for the match. Nick Chadwick, his assistant, will be in charge of the side on a temporary basis for the foreseeable future while Bentley recovers. Everyone at Exeter City of course wishes Jim well for the surgery and his rehabilitation.

Bentley is a household name in the Fylde region of Lancashire. The former centre-back spent over 17 years at Morecambe both as a player and a manager. Moving from Telford United in 2002, Bentley played nearly 300 times for the Shrimps and managed over 400 further games for the club. 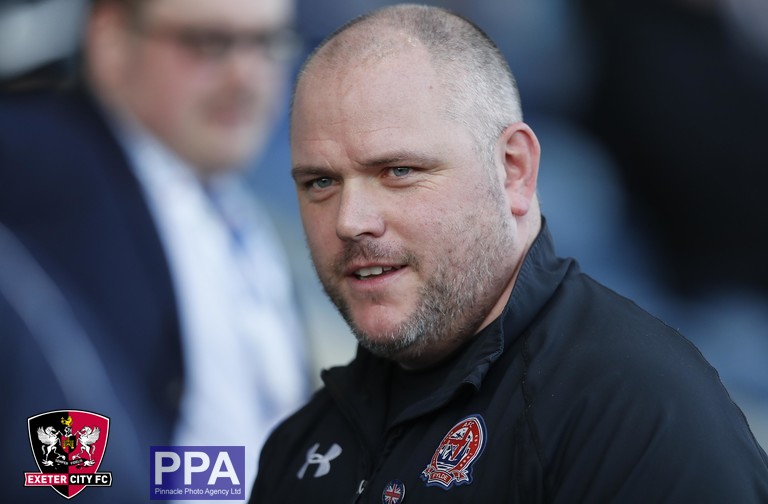 After Paul Tisdale’s departure from City in 2018, Bentley became the longest serving manager in England’s top four tiers. He left the Mazuma Stadium in October 2019 and joined up with AFC Fylde to guide them to FA Cup Third Round last term.

His lengthy record against City bodes well for the Devon side, with only 3 wins in 15 appearances against the Grecians.

Mill Farm is a quaint modern ground reflective of its up and coming Football Club. The state-of-the-art facilities are great for travelling fans, when allowed back. Fylde moved from Kellamergh Park when owners wanted a new stadium to match their football league ambitions.

The 6,000-seater stadium has one main stand and three free-standing terraces. Away fans would usually be housed in the South Stand. 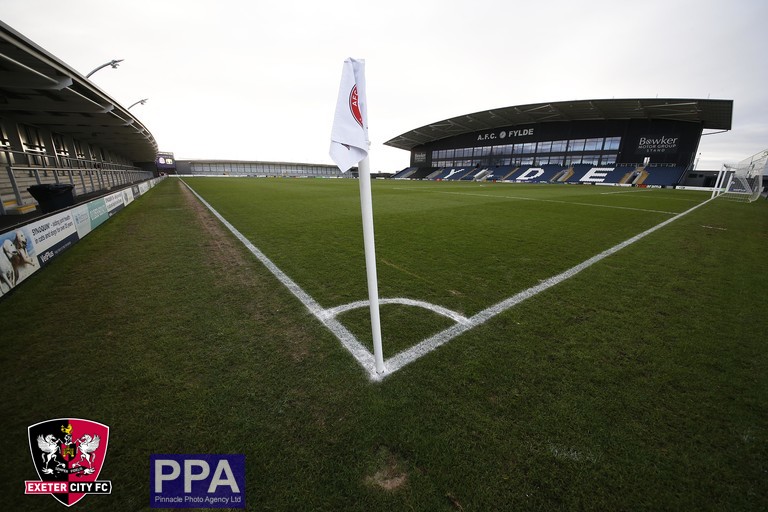 The trendy main stand boasts “The UK’s number one Sports Bar” and the facilities around Mill Farm Sports Village has several 3G football and hockey pitches, restaurants, and conference centres- renovating the area for the 21st century.

FA Cup replays have been suspended for the 2020/21 season, so Exeter won’t have the chance to play at Mill Farm this season, should the fixture on Saturday finish in a draw in 90 minutes.

Top-scorer Nick Haughton has three goals in five appearances so far this season. The 26-year-old had several loan spells at Salford City before making the switch to the Coasters in 2018. Since joining he’s cemented his place in the Fylde midfield and has been central to his team’s unbeaten start to the season. 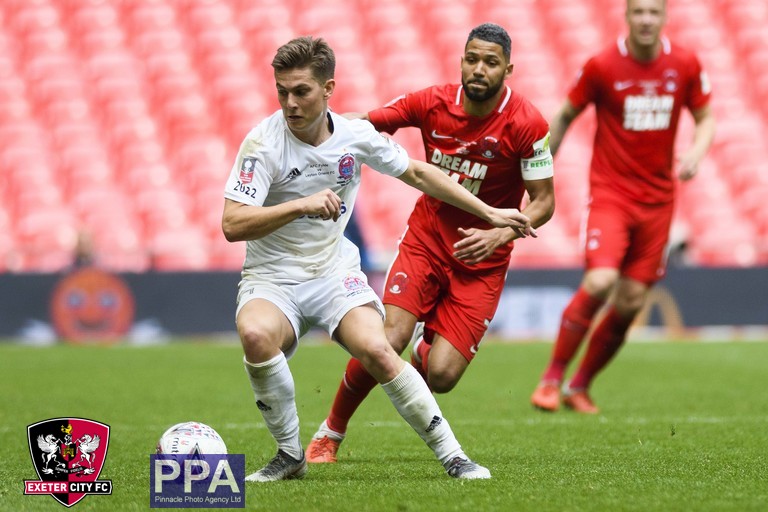 Haughton was named the Man of the Match in AFC Fylde’s FA Trophy Final win in 2019.

AFC Fylde’s route to first round:

Third qualifying round, The Citadel

Fylde set up the first-round trip to Devon with goals from Jordan Hulme and Ben Tollitt too see off their visitors from Altrincham.

Mixed fortunes: This is only the sixth time in Fylde’s history they have reached the first round of the FA Cup. On four of the last five occasions the team have gone onto compete in the end of season play-offs for their respective league. Last season was the only exception though, as the team were relegated due to the pandemic.