After the demolition of Colchester on Tuesday, attention turns to the FA Cup Second Round and League One Gillingham.

Here is all you need to know about the Gills.

The success of Chatham FC excited the interest of the residents of Medway Town and led to the founding of many clubs including one named Excelsior. After winning the Kent Junior Cup and Chatham District League in 1893 a meeting in a nearby Pub, Excelsior transformed into New Brompton FC who would play their games at Priestfield. In 1913, NBFC changed their name to Gillingham.

The towns quaint dockyard was opened by Elizabeth I in the mid-16th Century but was attacked in the Second Anglo-Dutch War in 1667. The defence of the dockyard was breached after Dutch Warships attacked the English fleet anchored up, in the aptly named Raid of the Medway. The successful attack from the Dutch led to peace between the two countries as the Navy lost its strength to retaliate.

The football club were an original member of Division 3 in 1920 but failed re-election in 1938, just prior to the outbreak to WW2. In 1950, following the expansion of the Football League, The Gills were re-elected into Div 3(S).

Between 2000-2005 Gillingham played in the second tier and achieved their best League finish in 2002/03 finishing 11th under the watchful eye of Andy Hessenhalter. The Kent teams longest run in the FA Cup came in 2000 when Gills reached the sixth round but were humbled by a strong Chelsea team, who ran out 5-0 winners- which included John Terry’s first ever goal for the Blues.

Gillingham finished in 10th in last season League One campaign and will of course prove tough opposition for Matt Taylor’s men this Saturday.

Evans has been ever present managing clubs around the Championship and League One. The 58-year-old took post at Priestfield in May 2019 after spells at Rotherham, Leeds and Peterborough. 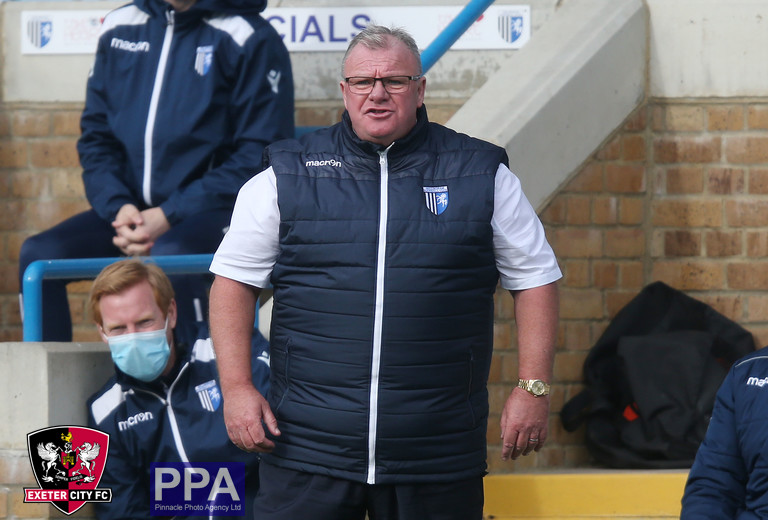 The Scotsman’s most successful managerial spell came at Crawley Town when he guided the Red Devil’s to the Football League for the first time in their history, and back-to-back promotions followed the season later.

Evans also guided Rotherham United to the Championship from League Two in his three years in South Yorkshire.

The original home of New Brompton FC after their foundation in 1893, Priestfield was funded through 1,500 £1 shares. The ground has of course been through multiple face-lifts in its extensive history. By 1908, the official capacity increased to 800. 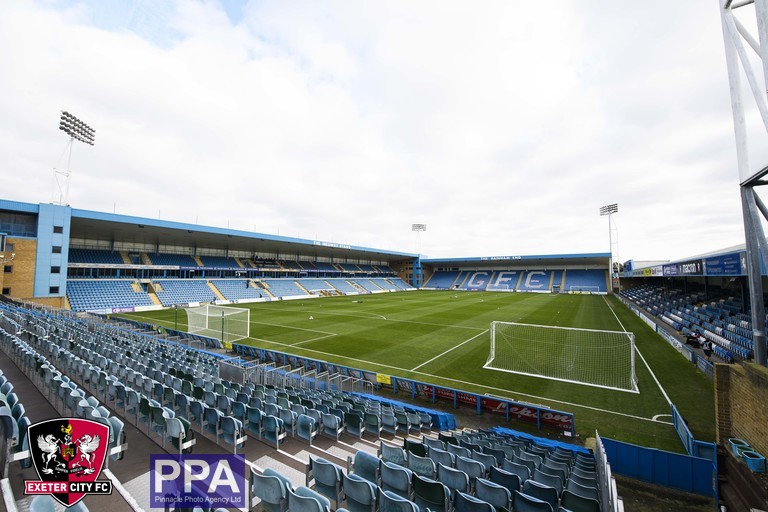 In 1948, 23,002 faces crammed into the stadium to watch the then non-league Gillingham’s FA Cup third round fixture against Queens Park Rangers. The ground was modernised in the late 90’s with a new Gordon Road Stand and the Rainham End terracing was replaced to make the ground all seater.

Although we’ve all been graced with the news of a fans return after December 6th, The Brian Moore Stand where away fans would usually be housed is not one of the most popular amongst travelling supporters. The “temporary” open top terrace is not the kindest place to be when the heavens open.

Gills’ Number 9 re-joined the club on a permanent basis in September and scored twice on his second debut for the club. The 26-year-old grew up in Reading and had strong loan spells at Coventry and Gillingham whilst on the books with the Royals.

Seven goals in 53 appearances for Blackburn followed between 2017-20 before moving back to the South East with Steve Evans. The ex-England under 19 international is Gills second top scorer this season with five goals in all comps this season, including bagging the winner against Wimbledon on Tuesday.

Samuel is an imposing striker at 6ft2 and poaches most of his goals in and around the six-yard box.

Saturday will be the first meeting in seven years between the two clubs. The very first game between Exeter City and Gillingham finished 2-1 to the Grecians way back in October 1920, and the two clubs lock horn’s again for the 103rd time in 100 years.

In 1951 Exeter were on the end of a 9-4 drubbing at Priestfield in Division 3 but are unbeaten in the last three against Gillingham. The last FA Cup meeting between Exeter and Gillingham was back in 1935.

There have been 307 goals in this fixture and the most common result is a 2-1 home win.

Play-off hopefuls City could not find their shooting boots in the stalemate at SJP. Jamie Cureton had three good chances to win the game for the hosts, but the first half dominance didn’t bear any fruit. Gillingham created little all game and left Devon the much happier of the two sides.

Two goals in two minutes saw the honours shared. Richard Duffy had put City ahead on 68 minutes but Stuart Lewis levelled shortly after.

After losing their Football League status in 1938, Gillingham managed to build great form after the war. In the first five peacetime season after 1945, the Kent side finished in the top five every season. So, when the Football League was expanded ahead of the 50/51 season, Gills were immediately invited back to play league football where they have been ever since.