Exeter City are in Papa John's Trophy action on Tuesday night against West Bromwich Albion under-21s in a 7pm kick-off at SJP.

The Grecians may have already qualified for the next stage after winning their first two matches, but will have eyes on winning the group.

The match could be an opportunity for some of the younger players to get minutes and show Matt Taylor what they can offer. Speaking after Saturday's draw with Bradford, Matt said: "We will have to be sensible for Tuesday, and we don’t want to put anyone at risk. It is a game to get minutes in some of their legs, but is preparation for the following weekend.”

Ahead of the match, City defender Alex Hartridge said that the team will be looking to win the match to win the group and extend the unbeaten run, which currently stands at 12 matches.

You can watch Alex's interview 👇 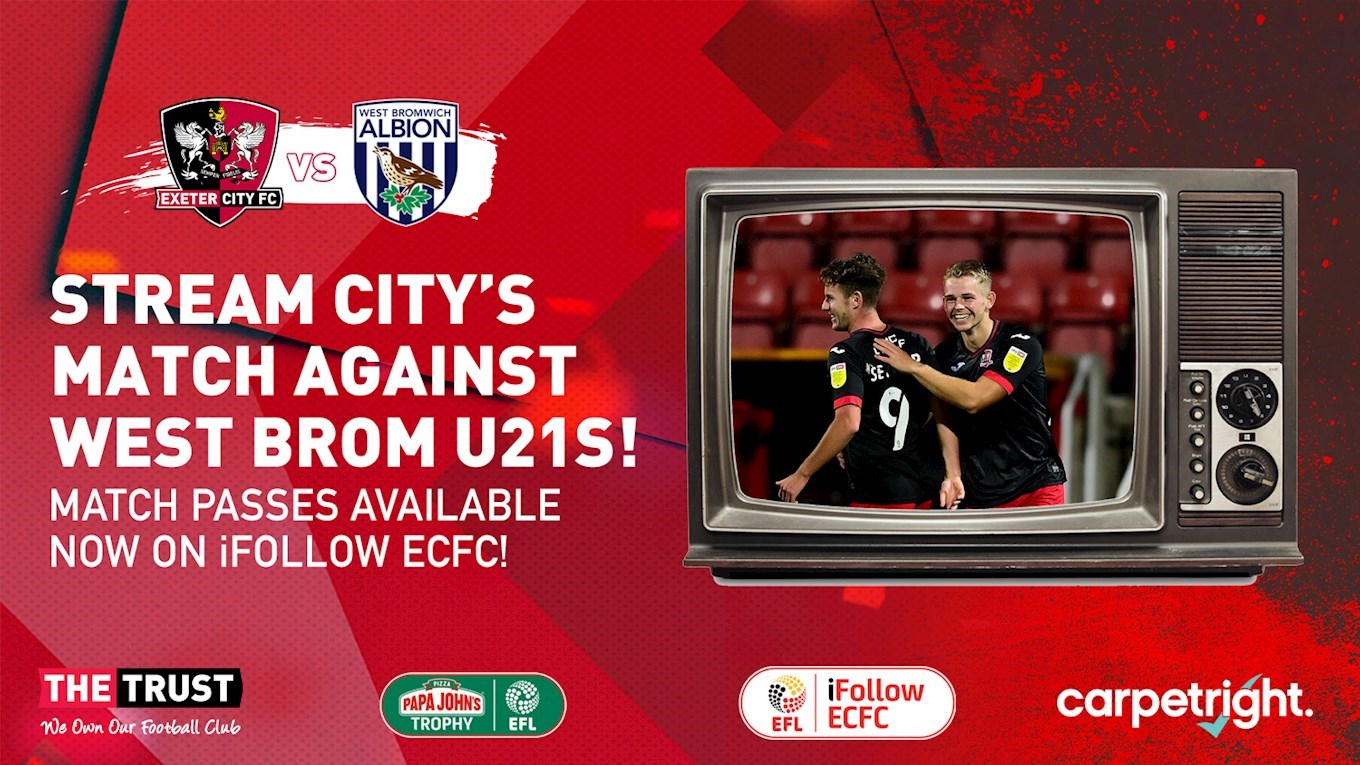 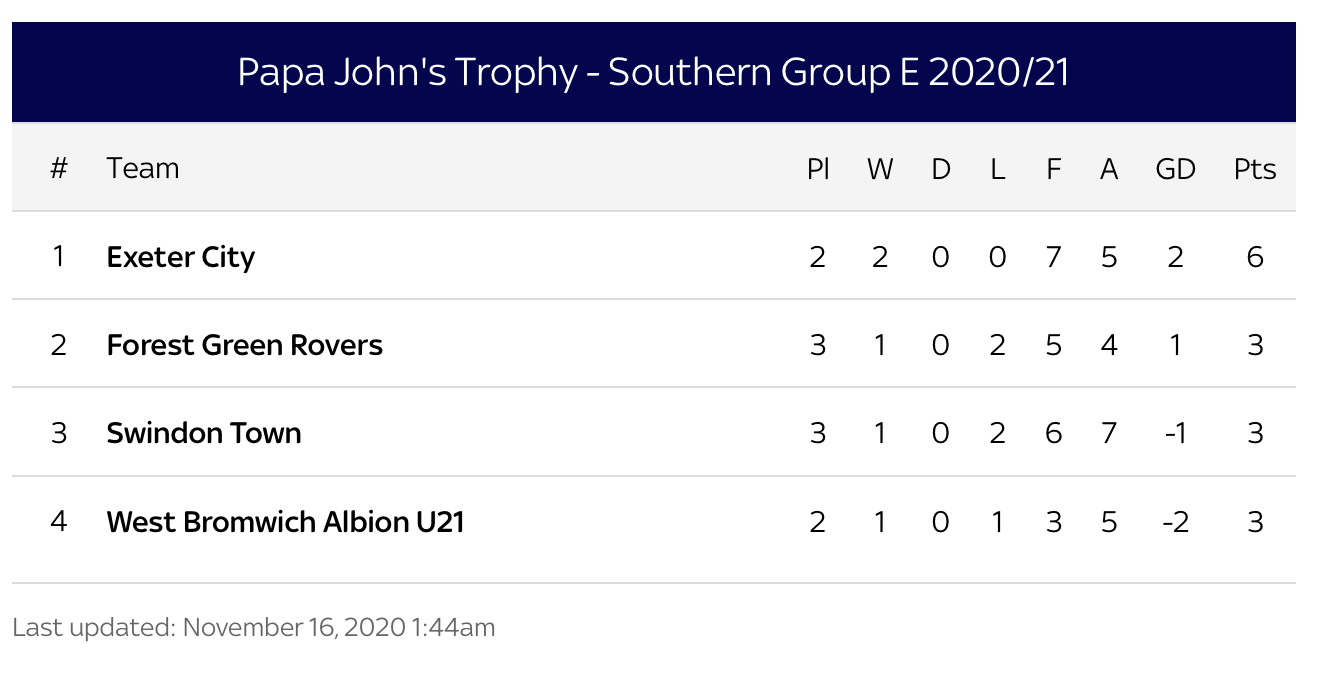 The Green Devils were too strong for West Brom's youngsters as goals from Chris Stokes, Matty Stevens and Jake Young earned a comfortable 3 points.

The Grecians came away with the three points in the 7-goal thriller under the lights at League One Swindon Town.