Exeter City bounced back from a heavy home defeat by Chesham United to progress through to the first round of the FA Cup with victory over AEK Boco on Sunday afternoon.

The visitors arrived fresh from a strong start to their season, a start that included knocking out City’s fellow National League side Larkhall Athletic in the previous round. However, it was to be the Grecians who won comfortably on the day.

As they had the previous weekend, City started brightly. With good play on the right side of the midfield, the hosts won several early corners. Connie Pengelly drew an excellent low save from the visiting keeper with a glancing header before Anthea Kaptein struck narrowly wide from distance. After a slow start, the visitors sprung to life, a ball over the top of City defence was met with a shot that Debutant Goalkeeper Megan Lightfoot did well to claw away. Good wing play on the right of the AEK midfield then resulted in an effort that was palmed on to the upright by Lightfoot. The threat of the visitors nearly opening the goal scoring seemed to wake City up. Anthea Kaptein and Steph Beck both struck just over the crossbar and it was now the Grecians who looked most likely to score. Abbie Britton and Connie Pengelly linked well out wide on the City right and, after Mia Preston’s shot was parried, Esme Kilburn-Thompson smashed home the opener. 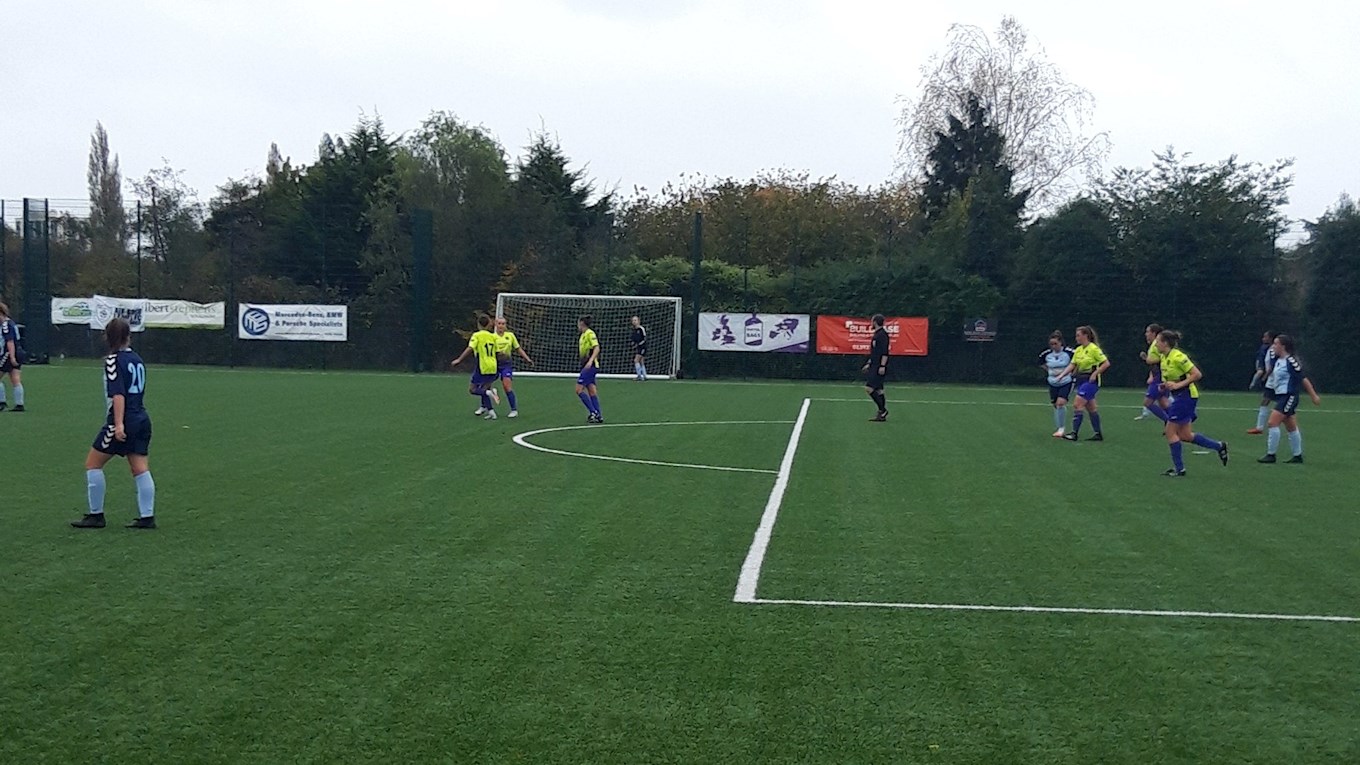 Emily Toogood, forever the willing runner at full back, then found herself free in the AEK penalty area and her low drive squirmed under the visiting keeper to give City control of the game. It would be Toogood once again who furthered the home side’s lead, a low strike from distance found the bottom corner and this time the goalkeeper had little chance of keeping the ball out. City were now confident and passing the ball with pace. Mia Preston, whose performance was outstanding all afternoon, kept finding pockets of space in front of the visitors defence and, with her eager running, the opportunities were coming for her team mates. With the visitors now stretched, Esme Kilburn-Thompson and Emily Toogood linked well on the City left and Mia Preston was in position to slot home a fourth and a deserving reward for her efforts.

The Second Half started with City continuing their high tempo play. Anthea Kaptein and Abbie Britton played a quick one - two on the edge of the penalty area and the former struck a powerful shot high into the net for undoubtedly the goal of the afternoon. Five quickly became six, Abbie Britton this time letting fly of a powerful shot and as it bounced clear off the underside of the bar, Steph Beck was on hand to tap home. City were now in dominant mood, Phoebe Baker was controlling midfield and the quick play from the home side was making life difficult for AEK. A free kick, after a foul on Kaptein, was met with a collision between the keeper, defender and Emily Toogood, but the City defender reacted quickest to help herself to a hat trick. Four goals in two games now for the full back.

Clive Watts and Aaron Wakley then rang the changes. Charley Prouse, newly signed from Fremington Ladies, made her debut, whilst it was good to see Sasha Henderson return from injury and take up her place in midfield. Abbie Britton was then moved from right full back to left back to make way for Ellie Sill. Special Mention for Abbie, who excelled in an unfamiliar position, and had a huge impact on the game from a less central area than we usually see her.

City’s best chances to extend their advantage came from Connie Pengelly, none more so than from the penalty spot after Prouse had been fouled. Sadly, the striker hit the ball over the bar. Pengelly worked tirelessly all afternoon and her hold up play was integral to the City attack, it was unfortunate she did not get a goal for her efforts.

City progress to the Next Round and they will be hoping for another home draw and the chance of further FA Cup Action. With the possibility of the season being held up due to the new Government regulations, this may be the last game for a while for the team. If that proves to be the case, they certainly went into the break having put together a highly accomplished performance and one that showed they have ability to bounce back from any setbacks.