The Grecians once again fought back after conceding first to leave the team third in the League Table and unbeaten after three games in a busy week.

With heavy rain predicted, the fixture was moved to the all weatherr facility at Exwick, a wise move as the skies certainly delivered on that prediction and the fixture would surely have succumbed to the downfalls if it had not been made.

The game started with both sides playing good possession football but lacking a clinical final pass to create those all important goalscoring opportunities. In form Meg Robinson, making her first start of the season, was City's main threat and her cut inside the Southampton defence led to a shot hitting the foot of the post.

City were now starting to dominate play and a customary surge into the penalty area from Emily Toogood set up another chance for Robinson, this time the effort was narrowly wide.

After the home side had gone close, the visitors fought back. After a solid initial block from Manfy Sharpe, the resulting loose ball was fiercely struck by Hannah Samuels and her effort hit the crossbar, the rebound cleared away by the City defence. 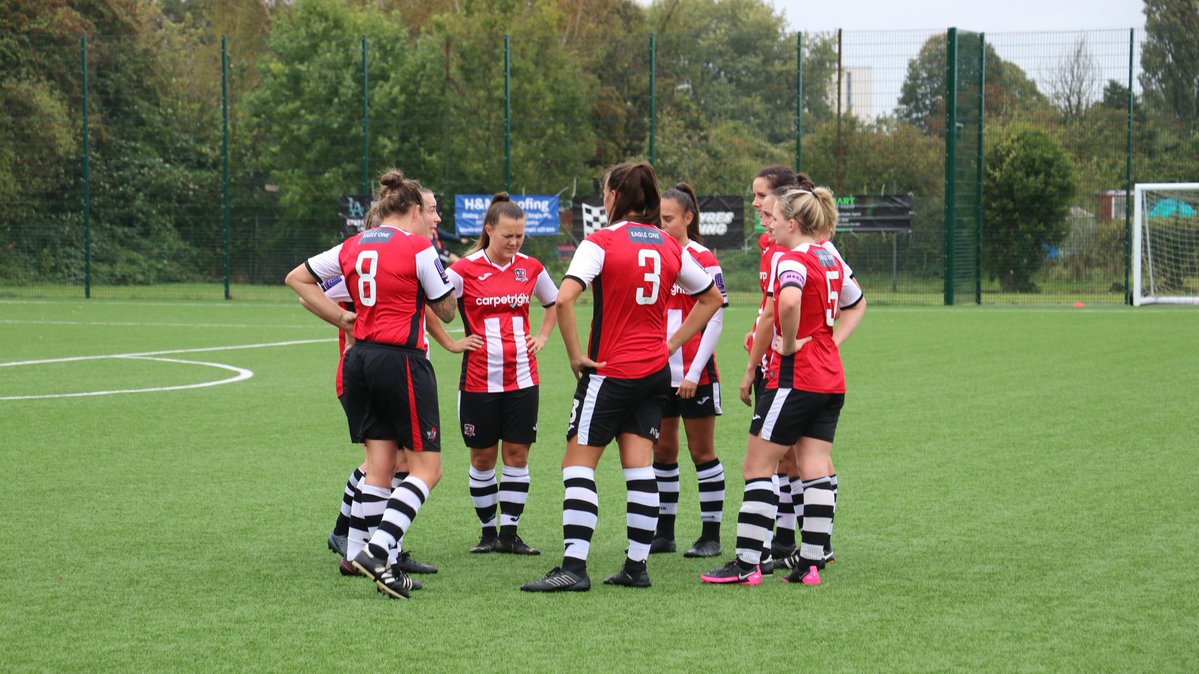 Hope Suominen, who returned to the starting line up after missing the Devon Derby, was then substituted after she had picked up an injury in an earlier challenge. Connie Pengelly getting the opportunity to impress once again.

Both teams had spells of good play leading to half time, but as had been the manner of the game, the quality in the build up play was not matched by the creativity in front of goal.

After a first half of few clear cut chances, City found one a few minutes into the second half. Meg Robinson raced on to a ball over the visitors defence and was denied by a fine save from Emily Paines.

It was starting to turn in to a frustrating afternoon. Abbie Britton picked up a booking for a late challenge on Paines and a member of the Southampton coaching staff saw red for what can best be described as petulance.

The frustration for the home side was compounded when a routine ball over the defence was chased down by Laura Vokes and, as Kyanna Orchard attempted to clear, it rebounded off the forward leaving her with an empty net to tap the ball in.

If there is one thing this City side has shown in the opening week it is resilience. Abbie Britton, who had led the fight for most of the afternoon, pulled free of her persistent marker and with a drive into the top corner brought her side level with a quarter of the game still to play. In an afternoon of half chances, both sides would continue to create them, Vokes' header over the crossbar about as close as either side came to a winner as the game came to it's conclusion.

This was a fiercely contested contest and Southampton Women, last year's runners up, showed the falsity of their current league position. City lost this fixture 8-2 last season as the Hampshire side ran riot, so it serves as a marker for just how far they have evolved that they can walk off the pitch a little disappointed not to have won this game.

Seven points from three games in a tiring week will leave everyone satisfied and excited for what is to come. A trip to the current league leaders Southampton FC next up will undoubtedly represent the biggest test of the season so far.