The club is extremely proud to have been awarded Family Excellence Gold Award status for the 2019/20 season, which reflects the club’s continued commitment to attracting and engaging families and young fans at St James Park

During what became an unprecedented season for EFL football, the scheme recognises that family engagement continued to thrive in 2019/20, despite supporters being unable to attend live fixtures for the final part of the campaign.

Exeter City received ‘mystery family’ visits during the 2019/20 Season, prior to the outbreak of COVID-19, with the assessors’ feedback and reports determining whether the Club would achieve ‘Family Excellence’ status.

The EFL’s Family Excellence Scheme sees each Club assessed across a range of touchpoints, in order to reflect and report on the first-time family experience they encounter. The Club has strived to continually improve the service and engagement levels available for youngsters and families, and we are proud that this work has been recognised as part of the Family Excellence programme.

"The achievement of four consecutive Family Excellence awards has now been complemented by the much-sought-after Gold Award, for the superb team at St James Park. Our assessors are always engaged and impressed by the club's thoughtful and engaging approach - even in recent times when the stadium construction work limited the physical experience somewhat.

"This season, the assessors picked out many strengths, with teh most evident one being the Family Zone. It is an excellent use of limited space at the stadium to provide a welcoming environment for families and kids, with plenty for them to get involved with. Having it open at half-time was another great idea too, as many clubs often fail to consider that part of the family day.

"We feel that the club has worked hard to provide an excellent family experience within the confines of their stadium, including adding some features such as extra signage to ease issues identified by the first assessment report this season." 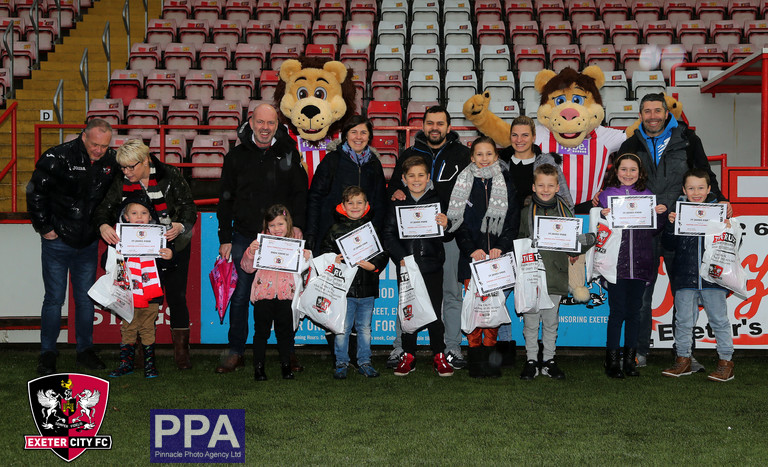 Richard Knight, the club’s voluntary Supporters’ Liaison Officer said: "The Family Excellence awards are something the club has grown into over the years.

"Since being judged 72 of the EFL's 72 Clubs in 2012 we have made a huge commitment year on year to improving the way we look after fans. The rise in our performance and reputation within the EFL and beyond has been seismic.

"We are extremely grateful to the contribution and way our all our staff and volunteers have contributed in adopting the added responsibilities and special praise should go to the Junior Grecians and Ambassador volunteers for their hard work.

"To retained the League Two runner-up birth for the last three seasons and now having entered the elite Top Ten clubs to achieve Gold status is a testament to the dedication of staff and volunteers.

"The holistic judging and feedback by two independent mystery family visits a year have made a massive contribution to the way we look after all our fans not just families."

Based on the assessors’ feedback, Exeter City is one of just ten EFL Clubs to achieve a Family Excellence Gold Award for the 2019/20 season, in recognition for an exceptional family matchday experience provided across the two Club visits.

EFL CEO, David Baldwin said, “It is fantastic to see the continued dedication of EFL Clubs to provide an exceptional matchday experience for families when attending fixtures across the League.

“I would like to congratulate all those that have achieved Family Excellence status for the 2019/20 season and Luton Town, Peterborough United and Plymouth Argyle for their respective awards, setting a consistently high standard for family engagement.

“We know nothing beats the joy of watching a live fixture and the EFL and its Clubs look forward to welcoming the return of fans to stadia, when it is safe to do so. Up until the Covid pandemic outbreak it is clear from the evidence gathered throughout the Family Excellence Scheme, that young fans and families were experiencing a high standard of matchday experience across the League. It is testament to Clubs’ hard work that the standard of experience offered to families continues to rise, and this will undoubtedly help to ensure a welcoming environment will be provided for all families, once we are able to return to stadia.” 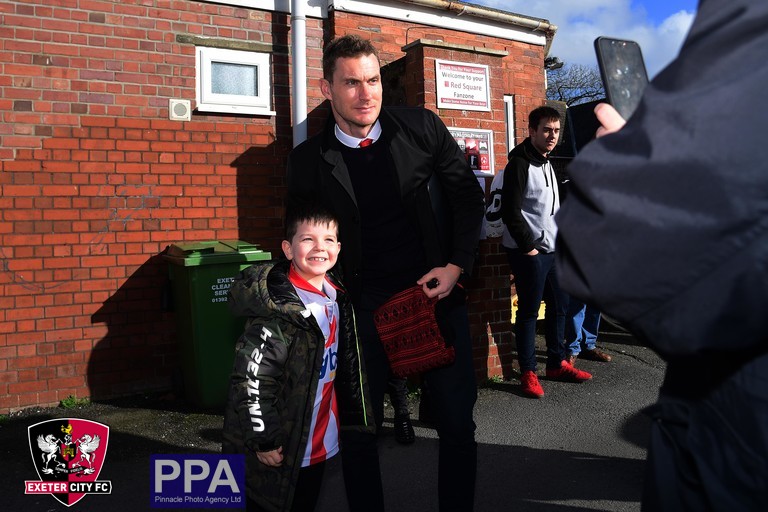