Exeter City will be hoping it's third time lucky as they make the mammoth trip to the Progression Solicitors Stadium on Tuesday night to face Barrow in a 7pm kick-off.

The Grecians go into the match in a confident mood, having dispached league leaders Cambridge United 4-1 on Saturday. City will be looking to make it back-to-back wins and keep the pressure up on those in the play-off places. 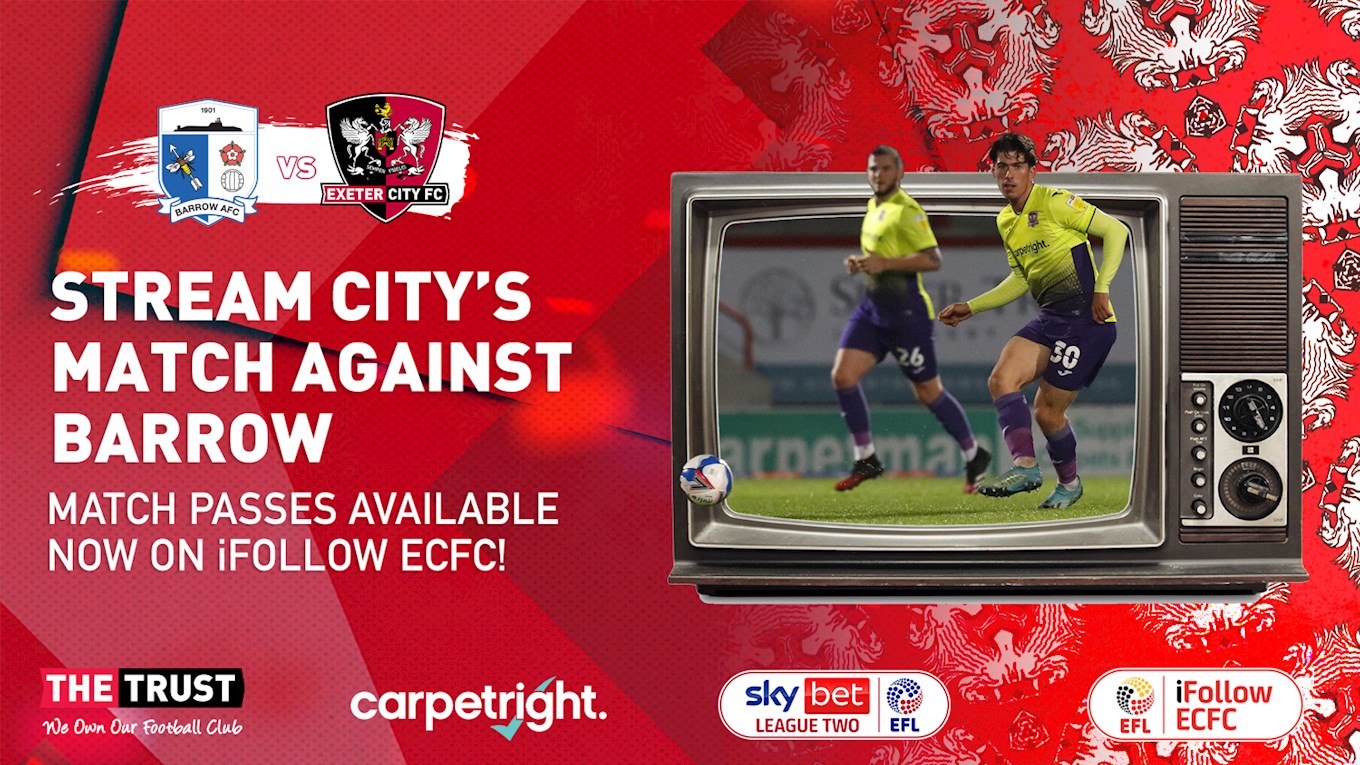 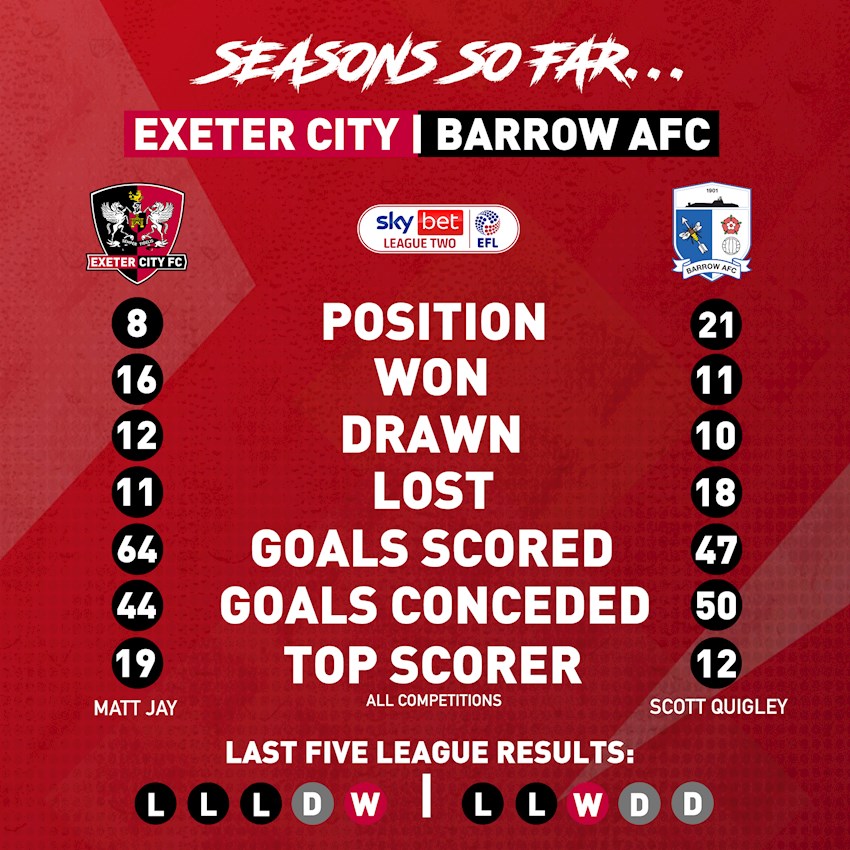 Barrow were forced to settle for a point after Carlisle United struck a late leveller to secure a share of the spoils from an absorbing encounter at The Progression Solicitors Stadium.

The hosts looked on course for a derby victory after goals from Scott Quigley and Patrick Brough saw them recover from conceding an early opener to lead until Offrande Zanzala’s penalty twelve minutes from time.