Exeter City Football Club are proud to be supporting Kick It Out’s campaign, Take A Stand, which is calling for action in the fight against discrimination in football.

Through Take A Stand, Kick It Out - football’s equality and inclusion organisation - want to create a culture where individuals take personal responsibility for being part of the change. That includes fans, players, managers, CEOs, stewards, governing bodies, shop assistants and social media organisations – everyone on and off the pitch.
At Saturday's match against Southend United players from both teams alongside match officials will be wearing ‘Kick it Out’ T-shirts before the game. There will be information on the club website and social media and announcements on the day. 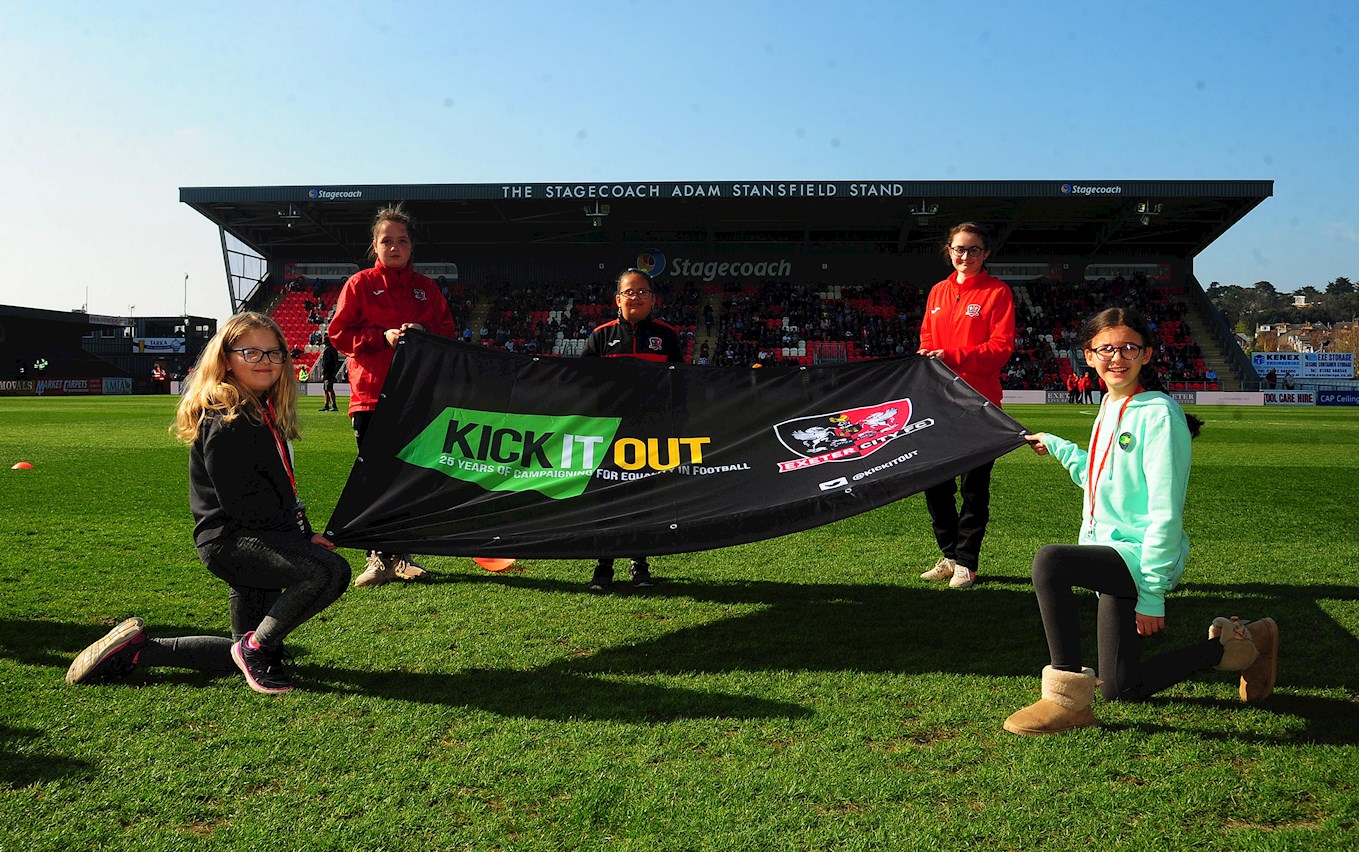 Most football fans will have witnessed some form of discrimination in football – on the terraces, in dressing rooms or on social media – but more needs to be done to move from awareness to action. Take A Stand is both a challenge and an invitation for individuals and organisations to publicly commit to their own pledge. It is also a movement that everyone can play a part in.
Exeter City Football Club are supporting the initiative by challenging all forms of discrimination both in the ground and on-line through fan sites.
Sanjay Bhandari, Kick It Out Chair, says: “Our Take A Stand campaign aims to tackle discrimination, but also create a culture where everyone belongs and individuals take personal responsibility for being part of the change. We can all do something to take a stand against hate and promote a more inclusive society. Our ambition is to turn bystanders into activists and to crowdsource solutions by capturing pledges of individual action. We want to use those pledges that we receive from the public and organisations, to turn them into insight and make anti-discrimination strategies better informed by understanding more about what people are doing on the ground.
“We know that social media can be a battleground of hate, which is why we’re working closely with Facebook and Twitter to improve that through looking at better regulation and enforcement, as well as updated and new reporting methods.” 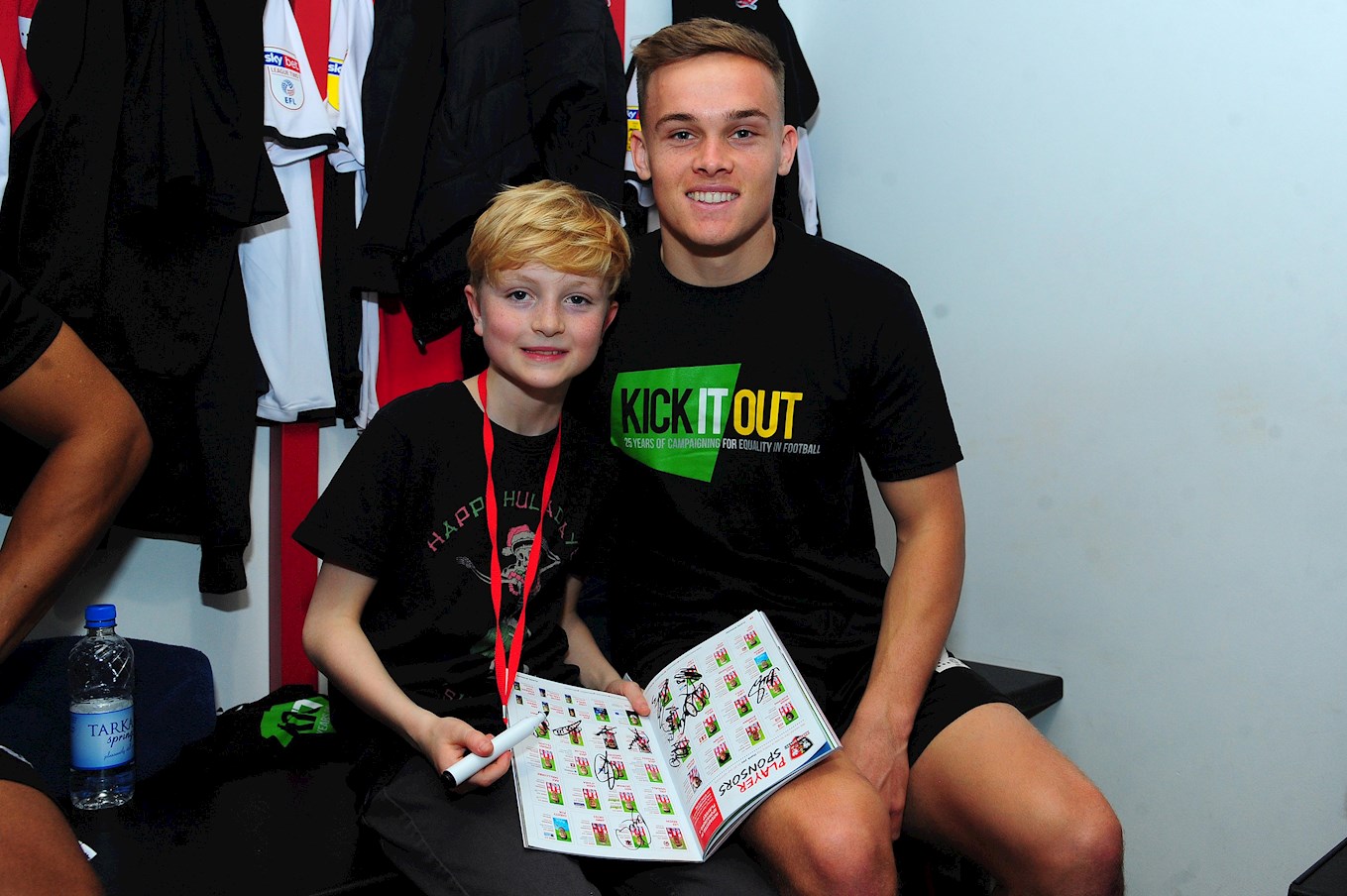 Trust Director Elaine Davis said: “Abuse and discrimination against players and opposing supporters at games is becoming increasingly rare, as most of us as fans are not prepared to tolerate such actions. However, this remains a huge challenge on-line and we now witness weekly stories of footballers across the land suffering vile, often racist, sexist, and homophobic abuse of players, for simply doing their job.
“We all have a key responsibility and role in challenging discrimination, highlighting issues, and developing awareness. Today let’s join together, let’s take a stand, and say this must stop.”
Edleen John, The FA’s International, Corporate Affairs and Co-Partner for Equality, Diversity and Inclusion Director, says: "We are committed to delivering a game that is free from discrimination and it is important that everybody plays their part in helping to achieve that. Take A Stand will give fans and others involved in the game the impetus to support us on this journey and tackle this issue head-on.

We know that discrimination exists in society and often manifests itself through football, and only by working together across the game to drive meaningful change through action, can we truly ensure the game is a safe and enjoyable environment for all."
For those who would like to make a pledge, either individually or as an organisation, or want more information on how to do this, please contact Kick It Out at info@kickitout.org. For more information about Take A Stand, visit: www.kickitout.org/take-a-stand
You can also make a pledge by joining the conversation on social media, just use #TakeAStand and tag Kick It Out in your posts. You can find them on social media as below: