Port Vale are our hosts on Friday as Exeter City go into the final 10 game stretch of the season.

Ahead of the Easter Encounter, Jed Penberthy dives head-first into the Grecian Archive to find a selection of Grecian Valiants. Those few, who have Played for Both.

Still at Vale and a mainstay in the midfield, Manny Oyeleke is having greater fortunes at Vale Park, than his time at SJP offered. 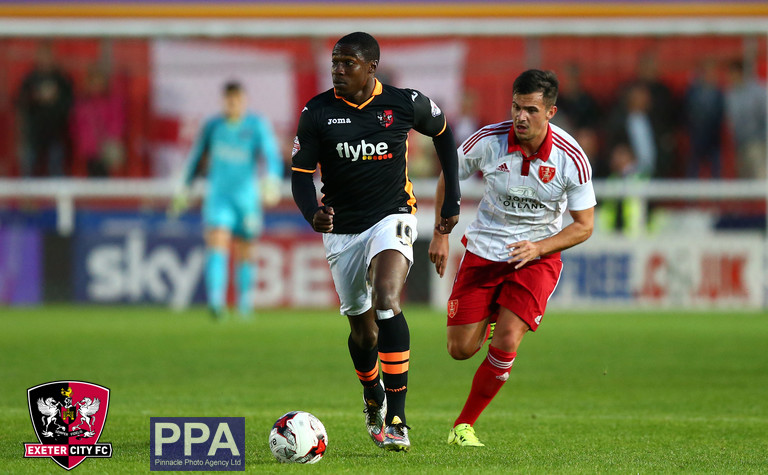 In 2010, Oyeleke signed a two-year scholarship at Brentford. He made his senior debut for the club in 1-0 FA Cup defeat to Wrexham.

He was soon shipped on loan to Northampton and later Aldershot Town. In two years at the Rec he became a fan favourite. He scored his first senior goal of his career against Dartford and went on to net five goals across three spells for the Shots. He would later return permanently following his release from Exeter.

In 2015, Manny was grasped by Paul Tisdale but only camped for one season in Devon. He managed to score once for the Grecians, being in the memorable League Cup tie against Sunderland.

Now at Vale he has finally blossomed as the Football League talent everyone had hoped in his early career, recently surpassing 50 apps for the Valiants.

Welsh international Richard Duffy was stalwart in the heart of the St James Park rear-guard during his time in Devon.

Born in Swansea, Duffy went on to gain 13 caps for his country in his career which began all the way back in 2001. Colin Addison brought Duffy into the first-team setup at 16 though a back injury halted his development. 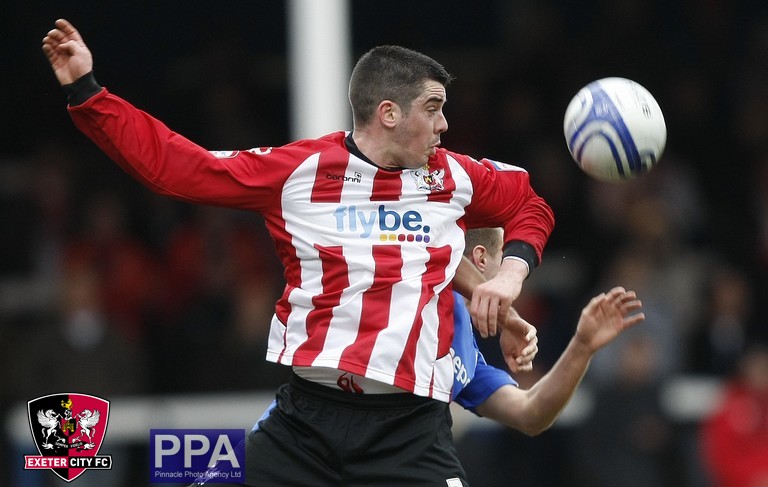 In 2004, Harry Redknapp snapped up the youngster for his Portsmouth side for about £300,000 and handed him his Premier League debut in May that year. He made his name though during loan spells to Championship Coventry City when he was handed his first call-up to the Wales squad.

Exeter City claimed back-to-back promotions into League One in 2009, and in July welcomed Richard to the Cat and Fiddle. He was crucial in the Grecians surviving the first season back in the Third Tier, picking up Players Player of the Season. The year later played 46 times as the Grecians recorded their highest ever League finish.

In 2012, Duffy signed for Vale and made over 130 appearences for the Valiants, including earning automatic promotion in his first season in Stoke. The season later Vale finished 9th earning him another two-year deal at Vale Park.

His organisational skills and fitness levels were his shining qualities according to boss Rob Page as Duffy forced out his competition as the main Sentinel guard. Duffy would go on to join Notts County and Kidsgrove Atletic before taking up coaching last May at North West Counties League Congleton Town.

Younger brother of Neville, Dad of Alex Oxlade-, Mark joined his sibling in the Port Vale youth ranks in the mid 70’s. The pair became real favourites at Vale Park with Mark notching nearly one-hundred senior appearences for the Valiants.

His first came as a fresh-faced 16-year-old in 1978. In the 1981/2 campaign Chamberlain was voted in the division team of the season and profited in a move to fierce rivals Stoke City. 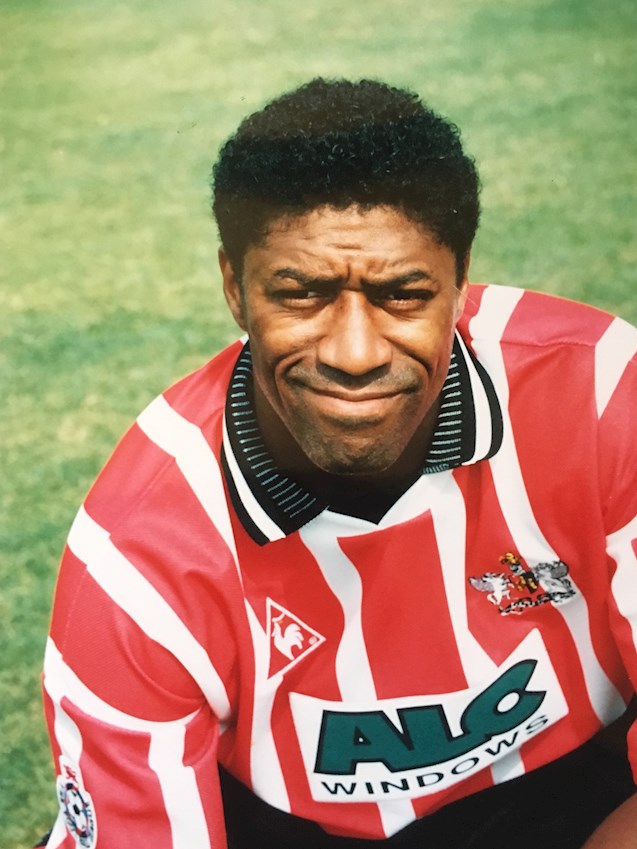 In his first season at Victoria Ground, he earned his first senior call-up and caps for England. He’d already made a name for himself in the Schoolboys and U21 squads before getting his chance with the Seniors.

His debut against Luxembourg in 1982 was memorable for a whole host of reasons. Luther Blissett became the first Person of Colour to score for the national side, with two strikes before Chamberlain quickly became the second with his first and only goal for the Three Lions- on a Landmark day.

Included in his 8 caps was the memorable 2-0 victory against Brazil in the Maracana, where he and John Barnes were dubbed “more Brazilian than the Brazilians”.

Chambo left Stoke in 1985 for Sheffield Wednesday with 111 apps and 17 goals for the Potters. Mark missed out on the chance to play European football as Wednesday finished 5th in the First Division, though the English ban from UEFA competitions was still in place.

Whist at Pompey, Chamberlain reached the FA Cup semis before joining first Brighton then moved to Devon for the 1994/95 season. It was a season to forget for Peter Fox’s Grecians having finished bottom of the Football League only avoiding relegation due to the quality of Macclesfield’s Moss Rose facilities.

The season later, Chamberlain rallied City to a humble 14th prior to alighting for a coaching role in Hampshire.

Recently, Chamberlain features on Sky Sports as a pundit and joined Harry Redknapp for his documentary “Harry’s Heroes.”