What would you do if you just won your first major cricketing trophy? A week holiday to Marbella? Sip wine at the Ritz? For Jake Lintott, his first thought was coming to St James Park to watch his beloved Exeter City.

Fresh from his victory in this year’s inaugural Hundred Tournament with the Southern Brave, the Taunton-born spinner sat down and chatted Career, Cricket and City with Scott Palfrey.

“It hasn’t really sunk in yet! The Saturday was a pretty special night and I’m obviously delighted to win and be part of such a great tournament.

“I love the new rules! It’s quirky, it’s different, it’s fast-paced and it’s simple to understand for new-comers to cricket. It doesn’t get more special than playing at Lord’s in front of a packed house.

“It’s such a great time for cricket and it was really good seeing people get behind the Hundred.”

Lintott only signed his first professional contract last year and the Queen’s College teacher had wise words for his pupils.

“I’ve had a different journey into cricket and it’s a lesson to kids that it can happen much later and I always had the belief I’d get where I want to be.

“Its great for the pupils at Queen’s College to see me achieve my dream and it will give them a boost and show what they can achieve in the future. They’ve been really supportive, and I look forward to catching up with them at some point.”

“Even at 28, I’ve still got a lot of years left and a lot of opportunities to express myself.”

Proudly draped in his red and white City shirt and white Adam Stansfield Foundation wristband, the Warwickshire bowler reminisced on his time supporting the Grecians.

“Unfortunately, it began the season we were relegated from the Football League, some pretty dark days back then but now its so good to seeing the club doing well on and off the pitch.

“I’ve followed Exeter up and down the country, Carlisle away you name it, I’m there,” he chuckles, “big fan of the club and love everything about Exeter City!”

“I love the way the club go about things. The ethos and family-orientated way makes it a fantastic experience.

“I love the atmosphere at the Park. I feel really close to the club, I feel a part of it.

“The League One days were pretty special, when we finished eighth. We won away at Charlton and that was an amazing away day.

“We’ve had great moments along the way. The 0-0 at Old Trafford stands out, the Liverpool FA Cup game too- there are loads of highlights.”

Like every City fan, the AS9 Foundation is a cause close to Jake’s heart. Throughout the Hundred he has donned his well-worn wristband and is bringing a national audience for the foundation.

“Adam was for sure an amazing footballer but most of all he was a good man. It was such a sad way to lose him.

“The foundation does some amazing work and I’ve supported it as best as possible. I’ve done a half marathon and donated plenty of stuff and its great to see them doing so well and raising so much money.”

Jack has since donated his match worn Southern Brave jumper to the cause, and the auction can be found by contacting Jack Vickery on Twitter here. 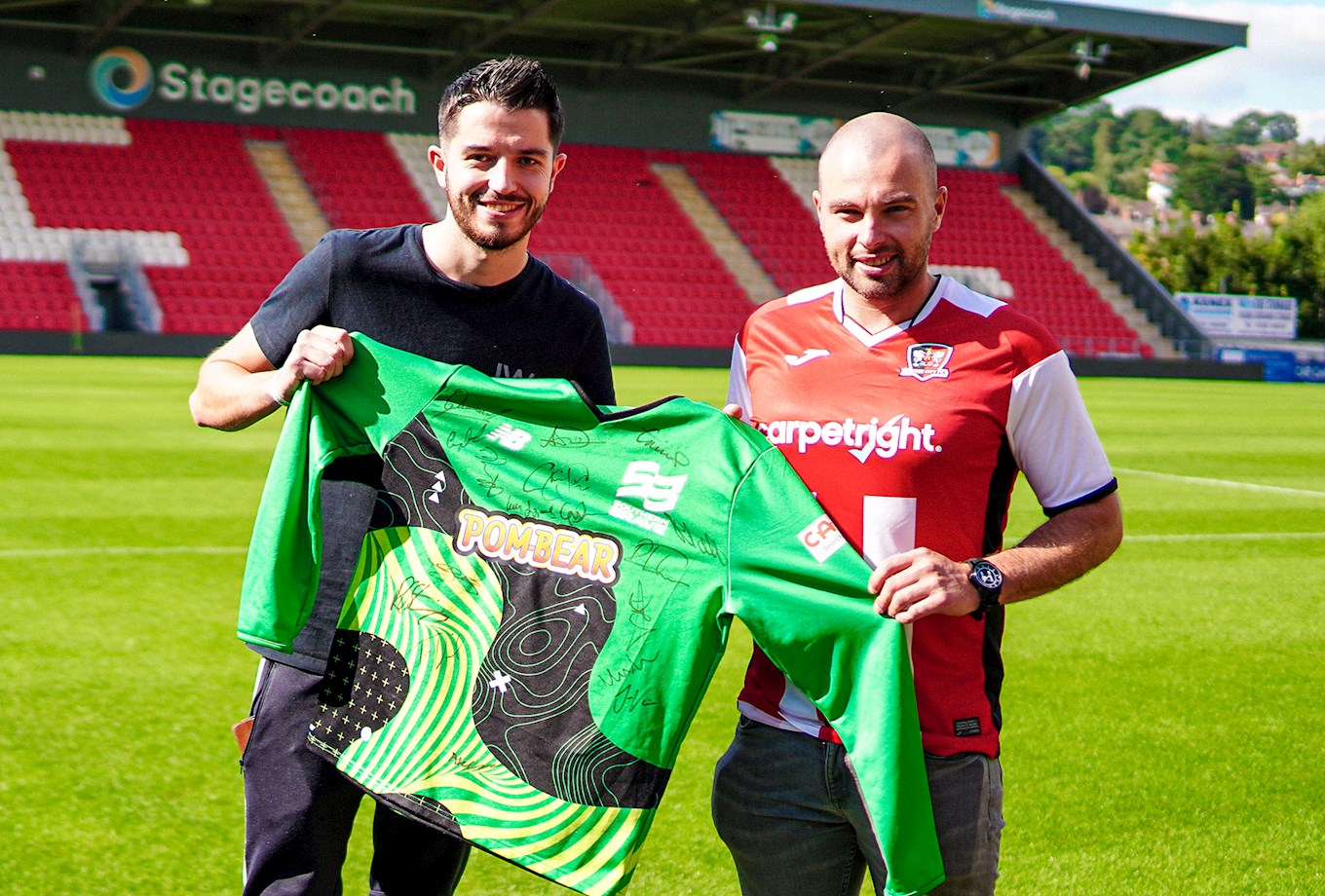 The buck doesn’t stop for Jake though! His great from in the Hundred turned heads in the Caribbean Premier League and the left-armer jets off to Barbados this week.

“It’s gonna be good fun, I’ve heard loads of great things. I’m good friends with [Former West Indies Captain] Carlos Brathwait. It’s going to be a tough competition but the sun’s out and I’m going to enjoy it.

“Going to Barbados is great but it’ll mean I miss a few City games. I normally miss April and August anyway, but I get back in mid-September and will hopefully be getting to plenty of games.”

We look forward to welcoming Jake back to St James Park in the near future and wish him all the best as he hopes to take the Barbados Royals to Caribbean Premier League victory! Good Luck Jake!