We are delighted to announce the signing of central midfielder Kyle Taylor on a permanent contract from Championship side AFC Bournemouth.

The 22-year-old joins the club on a free transfer, with a deal until 2024 and will link up with his new teammates immediately ahead of Saturday's match with Forest Green Rovers.

Taylor joined the Cherries on a youth contract aged 12 and progressed through the academy at the Vitality Stadium, eventually helping his side win the EFL Youth Alliance Cup, scoring twice in a 4-2 win over Wigan Athletic in 2017.

It was against the same opponents that he coincidentally was handed his first team debut by then boss Eddie Howe in an FA Cup tie at the DW Stadium in 2018. 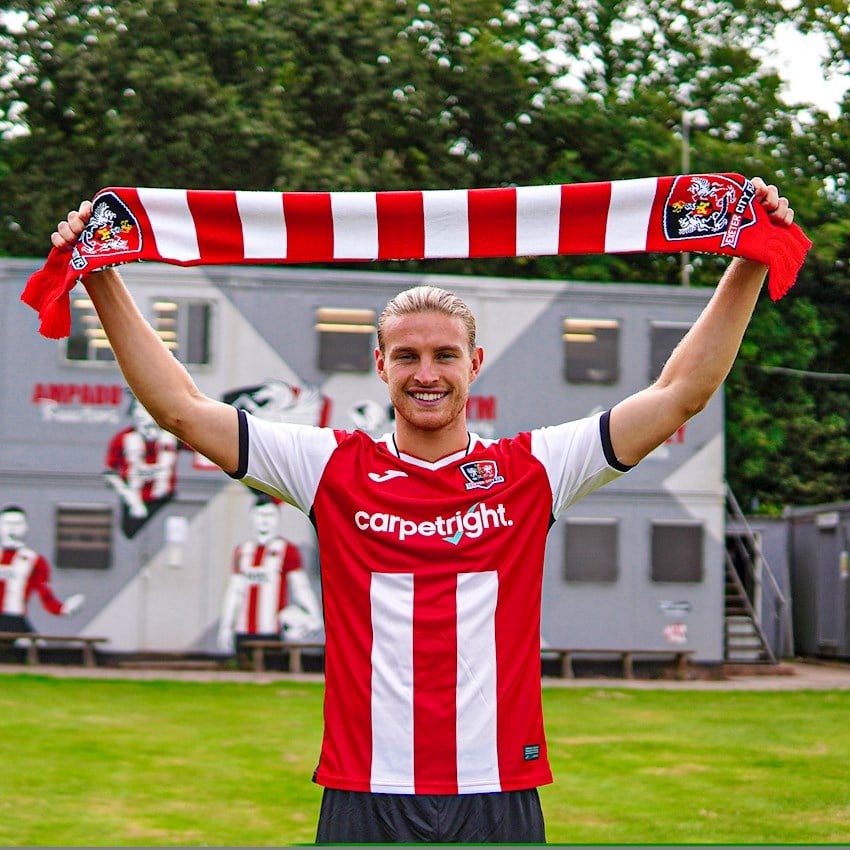 Taylor spent a short period on loan at Forest Green in the 2019/20 season, playing two matches each in the league, FA Cup and EFL Trophy, before another loan spell last season with Southend United. He played 31 times for the Essex side, scoring once.

He had a successful pre-season campaign with the Cherries, scoring twice in their 4-2 win over Real Balompedica Linense at a training camp in Spain and also featured in their first round Carabao Cup tie with Norwich City last week.

Kyle will wear the number 17.