The Grecians are looking to pick up their first win of the new season on Saturday, as Bristol Rovers make the short trip to St James Park.

Ahead of the 3pm kick-off, Sam Moakes takes a look at three to watch out for...

Thomas started out his relatively young career at Cheltenham Town, before being snapped up by Derby. Spells at Gloucester City and Coventry allowed him to gain some match experience before joining Barnsley in 2019.

57 appearances later and Thomas finds himself on loan at Bristol Rovers. Whilst his numbers have room for to grow – six goals in almost 80 starts for his career – Thomas shows the kind of confidence, pace and audacity an exciting young player often possesses.

His Panenka penalty in pre-season is good evidence of the audacity and fearlessness his bleach blonde hair would suggest – hopefully qualities that can give a spark to a rather flat Rovers team.

Any Football League side containing Brett Pitman would have to be pretty good to not have him as a ‘one to watch’. His arrival to the Memorial Stadium marks the first time he has applied his trade in League Two since his days at AFX Bournemouth over a decade ago.

The striker started out at the South coast club in 2005, making close to 200 appearances before being snapped up by Rovers rivals Bristol City in 2010. Starts were few and far between however, and Pitman returned to the cherries, helping them lift the Championship trophy and triumphantly gain promotion to the Premier League.

Pitman remained in the second tier of English football with Ipswich, also having time at Portsmouth and Swindon before signing for Bristol. The traditional striker has struggled for game time at periods in his career, but with 177 career goals, he could be crucial in a Rovers side that were the league’s lowest scorers last campaign.

Bristol Rovers’ big man between the sticks missed a large portion of last season through a persistent Achilles injury, but that doesn’t stop him being one of the side’s key men going into this campaign.

The Finland international has struggled for regular first team minutes in his career, failing to break 50 career games until nine years into his career. Stints at Serie A side Siena, Slavia Prague and Kilmarnock preceded his time with Ajax Cape Town, where he played 78 times. 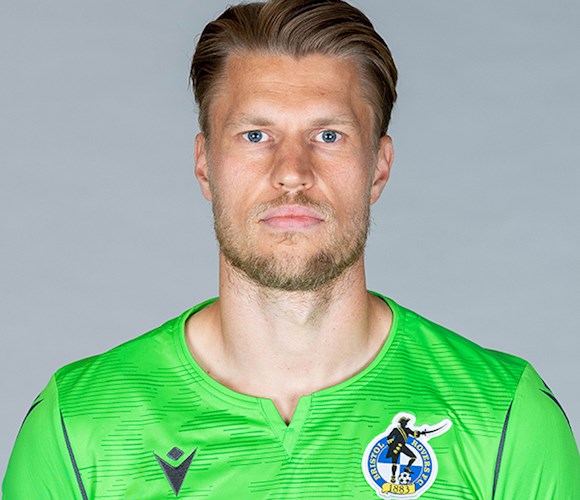 20 matches at Reading between 2016-2019 somewhat halted his career, one he’ll be hoping to reignite injury free this year. This is Jaakola’s third year with Rovers, and Joey Barton recognised the hole he left through injury last year: “Big Anssi is capable of putting another point on the board that we’ll need in the long haul. He can be the difference…between an extra goal or an extra point, or tuning a loss into a draw with a save he makes or a draw to win”.