In November, the Exeter Exiles celebrated their 30th anniversary as a supporter group, to celebrate Andy Dye has provided the following update about the group.

As the saying goes, 'Time flies when you're having fun', so it's little surprise that the Exeter Exiles recently clocked up 30 years of existence on November 2.

For those newer to the fold, a brief reminder of those heady days, back in 1991.

World Cup-winning legend Alan Ball (RIP) had taken over as City manager at the start of the season, treating (if that's the right word) fans to a slew of high scoring games as we started the season with five straight defeats. Scoring three away from home at West Brom would normally be viewed as a great opener, but when you concede six, things look a little less rosy.

Thankfully, the ship started to right itself with a 1-0 home win over Torquay in early September, commencing a run of 10 matches unbeaten. This was doubtless sufficient motivation for our fledgling London-based group of supporters to start getting organised. With a London fixture on the horizon - Leyton Orient on November 2 - we figured that it was time to strike. 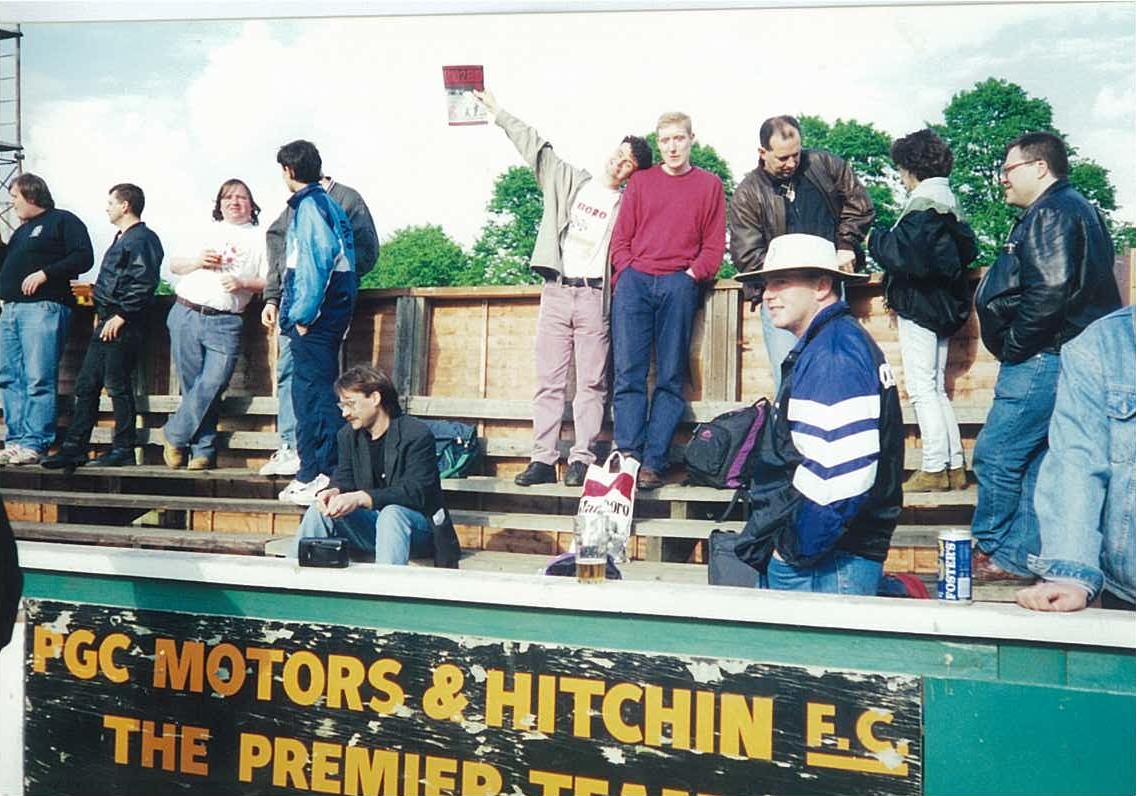 From memory, I wrote a short letter to include in their program, and a bunch of us wandered the terrace at half time, handing out little slips of paper with contact details. After the (perhaps inevitable) 1-0 defeat, we went back to our pre-match pub, Northcote Arms, to discuss how we might take things forward.

While there were doubtless numerous others present, six of us decided to form an organisation, which we named the Exeter Exiles. The deadly (half) dozen were as follows:

We started a publication - In Exile - to keep members up to date, and campaigned to locate additional members at the other London matches (including Brentford & Fulham) Numbers quickly soared, we joined APFSCIL and started travelling to matches in tandem with other supporter groups.

As numbers grew, we began entering teams in darts, quiz and football competitions, all of which continue to today, while Neil has long since taken on the gargantuan task of co-ordinating the travel, finding ever-more-fiendish ways to avoid paying the full prices that the railway operators would like to charge.

For those not previously aware, Neil came into our orbit when he and Dom happened to be watching an England match in the same London pub, the Seahorse. Alan Ball was assisting Graham Taylor as a coach for the national team, prompting Dom to call out "That's my manager!" when the camera panned onto the flat cap wearing Bally, only for Neil to riposte "No, that's my manager!", like some Monty Python sketch. The rest is history.

Over time, the publication changed to There's A Good Time Coming and then Somewhere Out There, before the rise of the internet and email rendered such things less relevant. I moved to Australia in 1998, so have continued my support from a long distance, which technology has made infinitely easier in the intervening years.

The last time I heard of Micky Hayler, I think he was in New Zealand. Dom, sadly, passed away in June 2011 (ten years already - blimey), doubtless taking his favourite cry of "Come on you rip-roaring Grecians!" to his new home in the sky though Ben Ahrends is oft heard reprising it in Dom’s memory. I'm pretty sure that the two Daves still follow City, though family and other commitments have probably reduced their frequency of attendance. And, of course, the Pynester is still a regular traveller.

There has been an amazing group of Exiles over the years, some appearing for short bursts, others lingering for the long-term, but all have added something to the fluid group that carries the torch for the Grecians, in London and beyond. Thanks to everyone who has played their part in the camaraderie, the fun, the suffering (this is City, after all!) and the sheer friendship, across the years.

Should anyone wish to join or contact the Exiles and/or receive Neil’s Travel and News updates then contact Neil at neil_le_milliere@btinternet.com or on 07946615889.