The conversation discussed several key issues around the campaign - which Stonewall are co-ordinating under this year's banner of 'Lace Up to Speak Up' - and topics ranged from their understanding of the campaign to how to be an ally to the LGBTQ+ community.

Also discussed was the impact that Adelaide United player Joshua Cavallo's coming out earlier this year has impacted on the attitudes within the game, as well as the key differences between the men's and women's games in terms of openly gay role models, inclusivity and diversity.

"It's all about getting everyone involved no matter your sexuality," Matt said.

"I think this is hugely important to promote and it's something close to the club's heart. We're all excited to be a part of it."

"Things are definitely going in the right direction over the last few years. People are much more open and confident about talking about the issue now," Manfy added.

To watch the full 13 minute video 👇

To find out more about this weekend's fixture, click here.

Throughout the year we work with our LGBTQ+ supporters group, the Proud Grecians, to make sure we do our bit to make sport everyone's game.

The Proud Grecians will have a visible presence on the matchday itself, encouraging supporters to lace up, and they will be on hand to talk about their work, whilst also proud displaying their large rainbow flag pitchside ahead of the fixture.

To celebrate the campaign we are delighted to announce that supporters are now able to purchase Exeter City branded pride t-shirts, which the players will be wearing during Saturday's warm ups. To purchase, for just £16.99, click on the image below or visit the club shop. 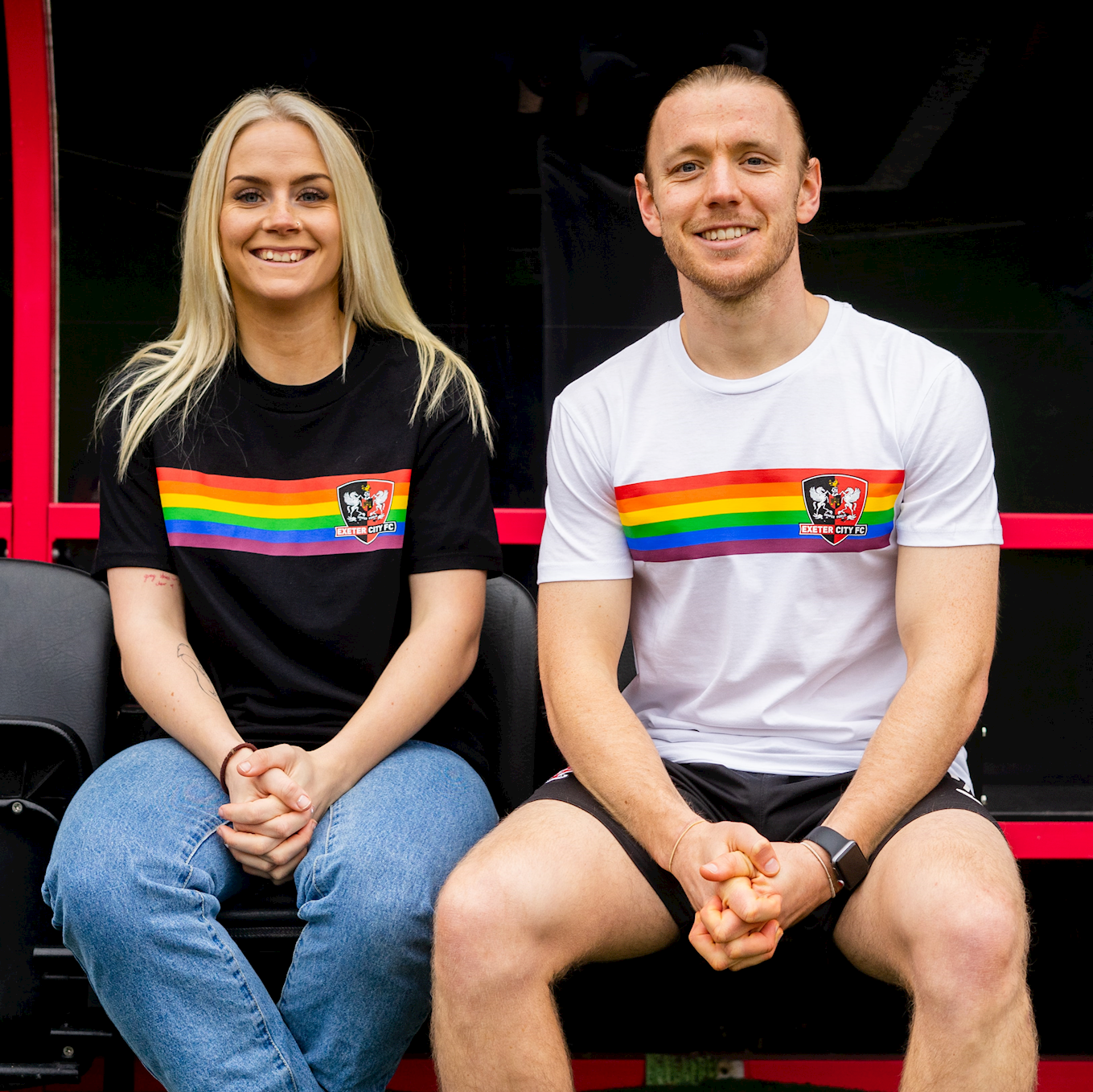 Matt Jay will also be donning the rainbow armband whilst the corner flags will be replaced by those in special rainbow colours.