Fresh from committing his future to Exeter City, our silky Frenchman Tim Dieng has been voted YOUR Apple Taxis Exeter Player of the Month for November.

Tim, who signed a two year contract extension last week, has quickly become a fan favourite for his fully commited displays in red and white and he scored twice in November as the Grecians continued their fine start to the season.

"The silky Frenchman," as he is affectionately known by the Big Bank faithful is in the midst of his best goalscoring season in his career with six goals in his 22 appearances as a Grecian so far - eclipsing his previous seasons best of 4 goals.

Thank you to everyone that voted. 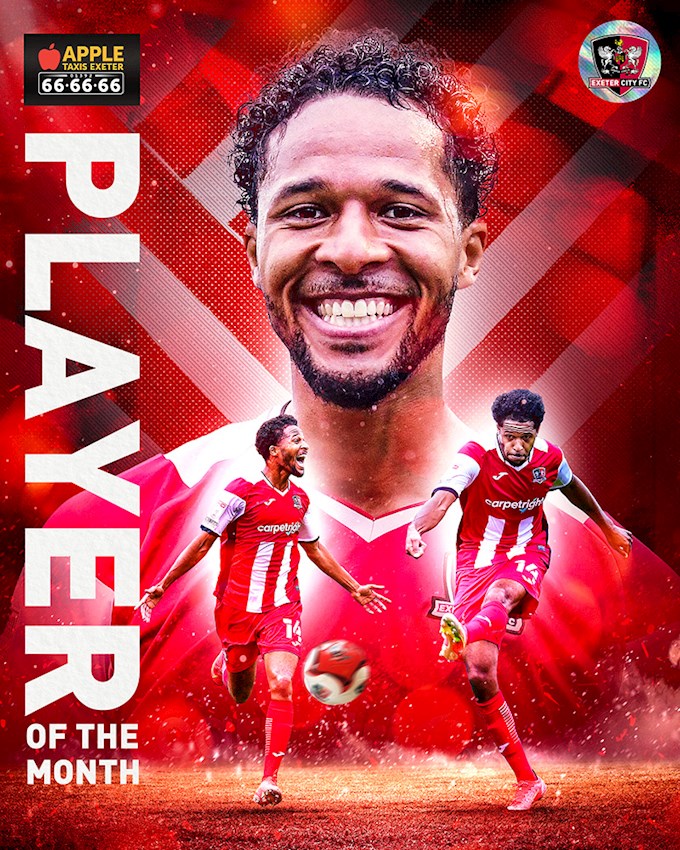