Here’s an overview of our West-Yorkshire visitors…

One of the so-called ‘sleeping giants’ of the division, Bradford City were formed shortly after the turn of the twentieth century. A predominantly rugby city, in 1903 Manningham RFC- who played at Valley Parade- held an archery contest to fundraise to help with financial difficulties. During the event, the rugby club were persuaded to change disciplines and swap the handling code, for footwork instead, establishing Bradford City AFC.

Recognising this was an opportunity to spread football to the rest of the region, The FA immediately accepted the Bantams first application to join the Second Division.

In 1998/99 Bradford finished second in Division One to gain promotion to the Premier League under the watchful eye of Paul Jewell. A year later they qualified for the Intertoto Cup, losing to Zenit St Petersburg in the Semi-finals.

In 2001 the Bantams were relegated and started a slow decline down the Football League. In 2013 Bradford became the first fourth tier side in 51 years to reach the League Cup final, but they were soundly beaten by Swansea City at Wembley.

Last year Bradford narrowly missed out on the play-offs on PPG, and until the departure of Stuart McCall have performed below expectations.

Trueman and Sellars have been given the task of steadying the Bradford City ship since the departure of Stuart McCall in December.

Both were temporarily promoted from the Under-18’s set up at Valley Parade, despite neither having Football League playing or coaching experience.

The two have been given the complete support from the board. Unbeaten since taking over, the pair have downplayed the possibility of getting the permanent job but were integral in Bradford’s heavy recruitment throughout last month. 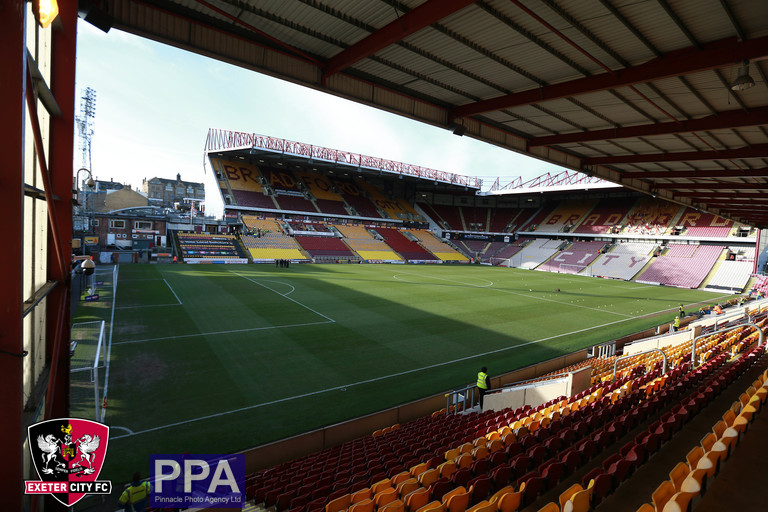 On May 11th, 1985, Valley Parade was home to one of the worst ever disasters at a football ground. 56 people died and at least 265 others were hurt when the main stand caught fire. This led to mass safety changes in football grounds. Two stands were rebuilt much bigger and much better, now a double-tiered marvel of architecture, which serve as a poignant memorial to those lost that day.

Bradford City fought off League One interest to sign Charles Vernam on Deadline Day from Burton Albion. The 24-year-old forward penned a one-year contract for an undisclosed fee.

A product of Derby County’s academy, Vernam has featured 16 times for the Brewers this season on the left wing, scoring twice. Saturday may see the attacker make his debut in place of the injured Billy Clarke who limped off with a hamstring injury against Barrow.

There’s no real trend to encounters with Bradford City. The record is fairly even for both sides and both teams are capable of big results against the other. The sides have met five times in the 21st century with three wins for Exeter and two for Bradford.

In total, 125 goals have been shared between the two clubs, in 43 games- averaging over 2.9 a game. There have been five 0-0 draws

John O’Flynn, Lawson D’Ath and Scot Bennett were on target as Exeter ran out comfortable winners against the League Cup finalists. An earlier Matt Duke own goal helped the Grecians on their way. Kyel Reid scored the consolation for the visitors. 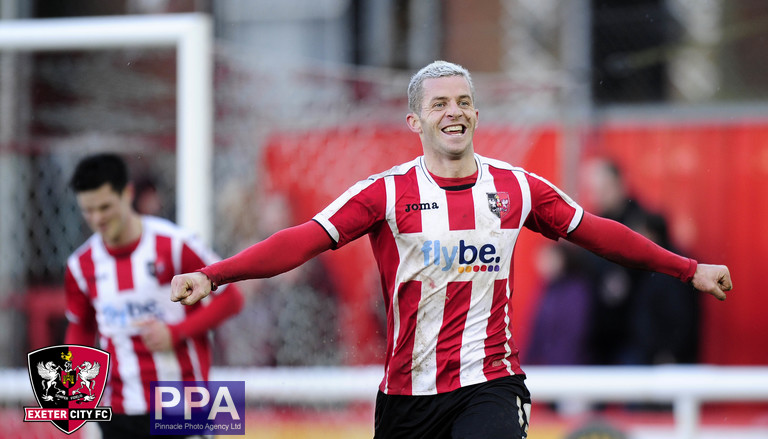 Jamie Cureton rolled back the years with right footed finish on the cusp of half time, to see Exeter leave West Yorkshire with all three points. 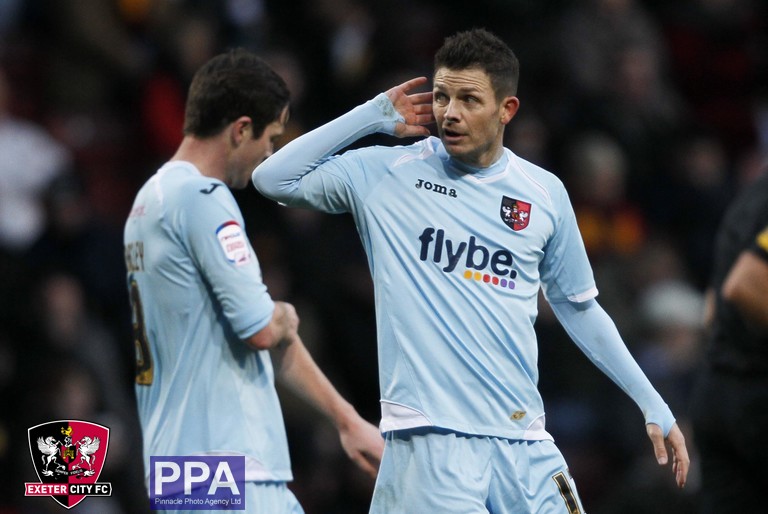 Bradford City had a dismal start to the 1983/84 campaign, winning just once in the first fifteen games. They transformed their season with a club record ten consecutive league wins, with the record being achieved in a 2-0 win over Exeter at St James Park.