Exeter City are quickly back in action at St James Park on Tuesday night against Morecambe in a 6pm kick-off.

Ahead of the match, Sam Moakes takes a look at three on the Morecambe side to take a look out for...

Morecambe’s current captain is Sam Lavelle, having been with the club since 2017. Although the defender has played his only professional games for Morecambe, he was on the books at Bolton Wanderers after starting his career with Blackburn Rovers since the age of eight. His tenure with Bolton was cut short by the club’s transfer embargo, resulting in Lavelle being cut for the 2017/18 season. Lavelle felt “hung out to dry” by the decision. 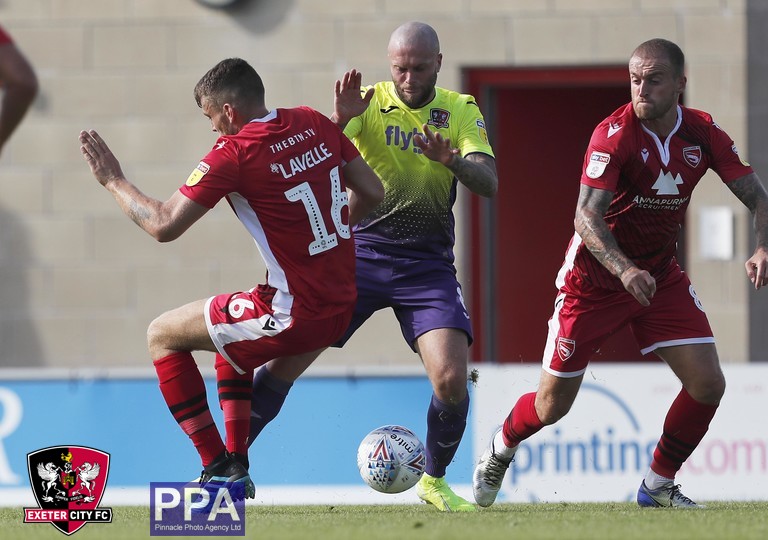 But three years and over a hundred matches at Morecambe later, the tall defender has certainly found a home. The faith placed in him was certainly repaid with a renewed contract every year until now, and Lavelle has also acquired the armband this campaign. The Scottish international has featured in every league match for The Shrimps so far this campaign, scoring once in a 2-1 victory against Leyton Orient.

Morecambe’s key man this season is being given a chance following periods at big clubs without big minutes. Adam Phillips began his career on the books at Liverpool, featuring in a pre-season friendly against Brondby in 2014. Upon being released, the midfielder was signed by Norwich City, during which he played just four matches on loan at Cambridge and failed to make an appearance for Hamilton in another loan spell. After a successful trial, Phillips joined Burnley, and is now in his second loan spell with The Shrimps. 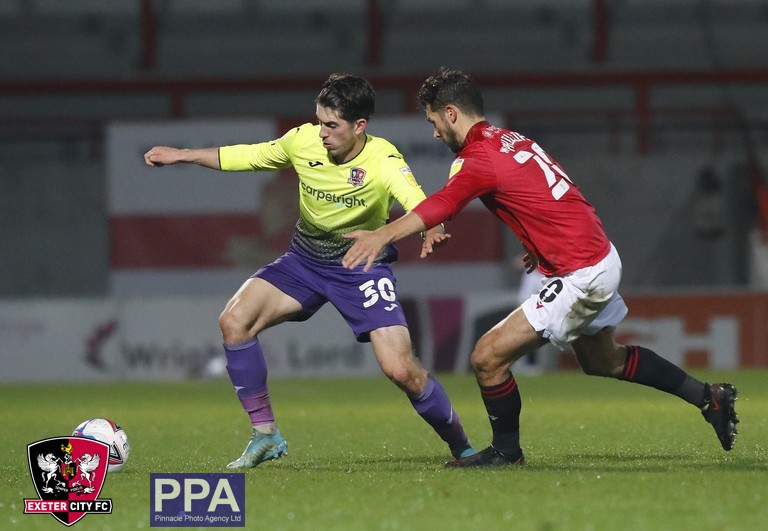 In just 11 matches in his first loan at Morecambe, Phillips scored four times and contributed three assists in the Covid-shortened season, flourishing after finally given a chance in a first team. So much so that Morecambe signed him to another loan in August 2020. He has so far notched six goals and four assists, meaning he has a goal contribution every other game from midfield. Morecambe’s very own Matt Jay, if they could be so lucky.

Another extremely useful player for Morecambe is number 10 in name, and number, Aaron Wildig. The midfielder started his career at Cardiff City, before playing over 50 times at Shrewsbury Town from 2012-15. But Wildig has really found his home at Morecambe, having impressed during an initial loan period. The Shrimps handed the midfielder a contract at the beginning of the 2015/16 campaign and have not looked back since. 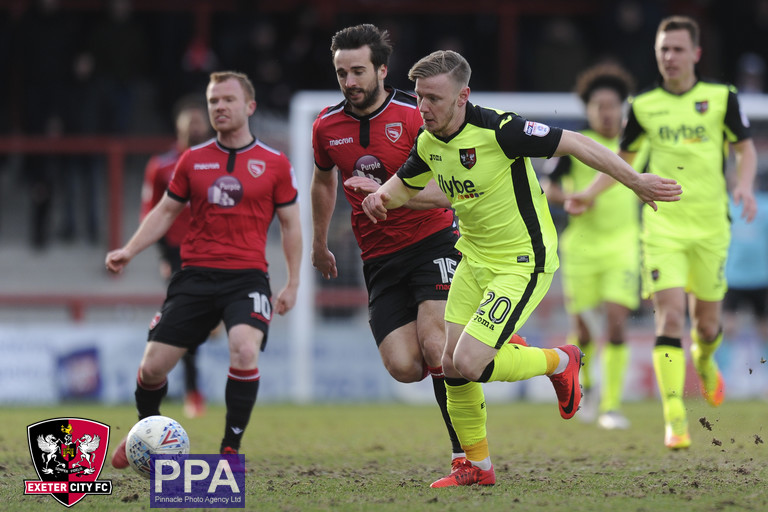 Wildig is edging closer to 150 league appearances for the club, having scored 13 goals so far. However, four of these have already come this season in just 17 starts, marking the midfielder’s best career return. He has also recorded two assists, and has been one of the highest rated players in the Lancashire side’s squad this season. Wildig can play anywhere in the spine of the midfield, but mostly excels in his creating and attacking ability.