Exeter City is delighted to announce that One of Our Own, Harry Lee has signed his first professional contract with the club.

16-year-old Harry, who spent a period of last season as the club’s number two goalkeeper, has committed his future to the club, despite strong interest from several Premier League clubs.

Harry becomes the latest in a long line of academy graduates to sign professional terms with the club, joining the likes of Matt Jay, Joel Randall, Josh Key, Ollie Watkins and Matt Grimes in recent times. 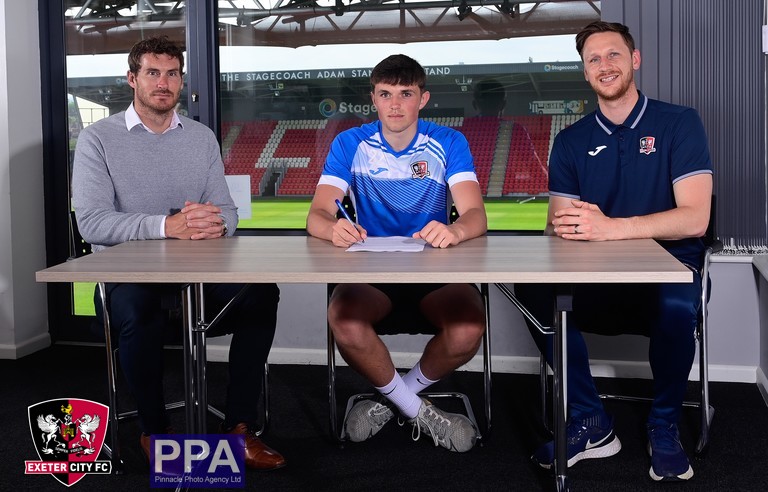 Manager Matt Taylor was pleased that Harry has decided to put pen to paper at the club: “We feel it’s the right thing to do to let players go out and train at other clubs, but we feel there is no better pathway or bigger opportunity than with our first team.

"Harry is a 16-year-old who is ahead of his time in terms of his maturity and his pedigree as a goalkeeper. We expect him to keep growing so he will fill out in terms of his physical size.

“We are going to be really demanding of Harry over the next few weeks, he is going to be put through his paces by goalkeeper coach Scott Brown, and due to the current circumstances, he will get game time.”

The Academy has had incredible success over the last decade in producing not only first team ready footballers, but well-rounded young men. "The Academy is the foundation of our football club." said Matt. "I have a really privileged job in seeing these players coming through and seeing them on the first team pitch.

"It’s certainly not myself who gives them the opportunity though, It’s the players themselves and their families, and all the staff in the Academy, they deserve huge credit. Days like today are proud days for the club and a reflection of what goes on behind the scenes." 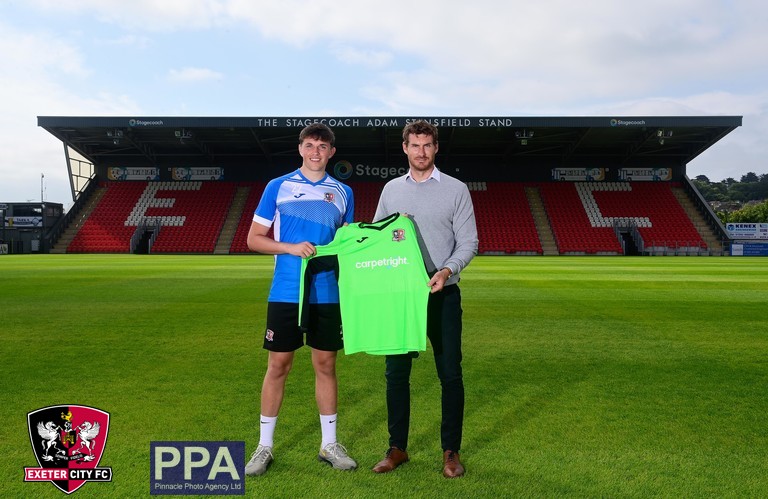 Speaking about signing his first professional contract, Harry said: "I’m really excited. It’s been a long time coming because of the interest of other clubs, but I’m excited to get going here at Exeter.

"I’ve loved my time in the academy so far all the coaches have been great with me, from my first coach in Dan Green, all the way to Matt Taylor.

"From a young age you are taught to have a good attitude, and strong work rate so that is something I can take into the first team environment. Being on the bench for the first team last season was incredible, I grew in confidence all the time and loved every minute of it.

"Seeing the likes of Josh Key and Joel Randall establish themselves in the first team is one of the reasons I decided to stay at Exeter. I want to play as many games as possible for the club and make my Football League debut, that’s the main aim.”

Exeter City President and Director of Football and External Affairs, Julian Tagg said: “The success of our Academy and its reputation continues to go from strength to strength.

"From the support of our players' parents, their schools and the Academy staff, to the team in the 'boot room', as well as the dedication and determination of the players themselves, it is all part of a huge team effort. Additionally, what makes it so special is the support from the club and Trust boardrooms and the efforts of so many volunteers and, last but definitely not least, match days, with our fans singing 'he’s one of our own'.” 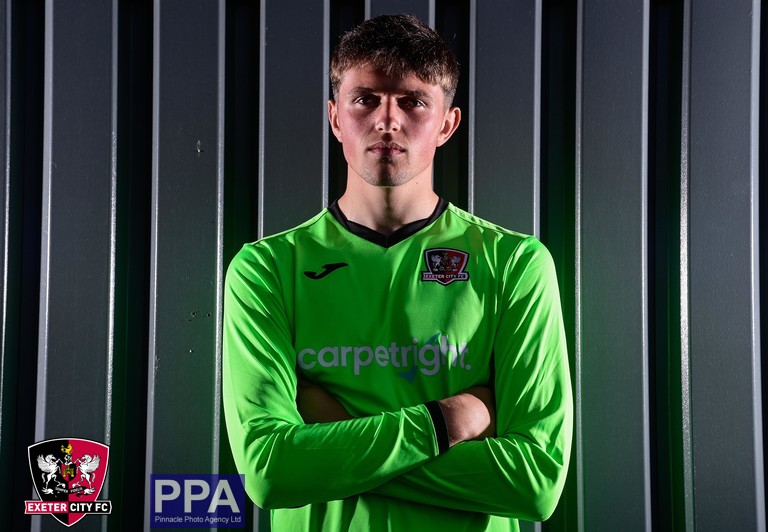 Academy operations and performance manager Arran Pugh, who oversaw Harry’s development, said: “Harry had interest from elsewhere, so the fact he has signed with us is fantastic for the club, so we now have to make sure we look after him and that he meets his potential.

"Harry has been with us since he was eleven. He is very mature; he’s been an adult for a number of years really. He is very humble but confident and he backs his ability and works very hard.

"This is a fantastic club to be involved with if you are a young player as the club really does believe in youth, and long may it continue that lots of them end up playing at St James Park."