We are delighted to announce that One of Our Own, Matt Jay, has been named the new captain of Exeter City.

City boss Matt Taylor has named MJ to take over the role from his departed predecessor Jake Taylor, and he has already begun his new position within the squad, taking the armband for a majority of the Grecians’ pre-season campaign. 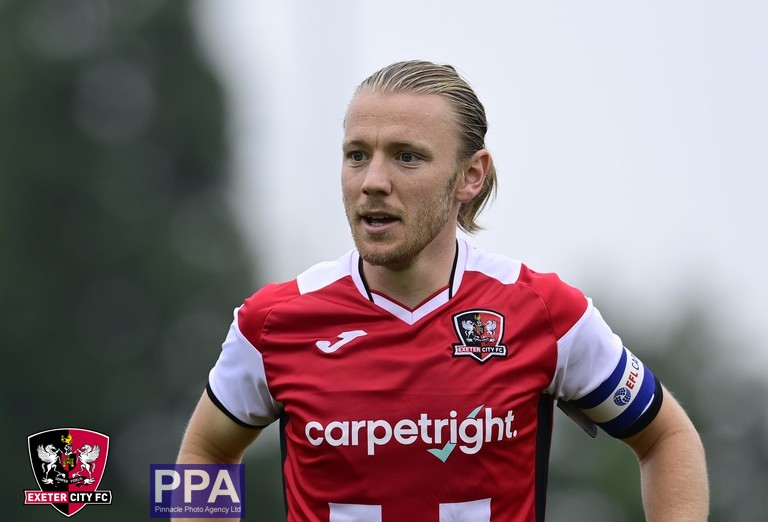 Having joined the club in 2003 and made his professional debut in 2013, MJ follows in the footsteps of Jordan Moore-Taylor, who also went from academy graduate to skipper, while Archie Collins has also taken the armband of a number of occasions.

Last season, MJ had his best ever season to date, scoring 20 goals in all competitions and picking up a number of awards, including a place in the League Two Team of the Year. He also picked up both the Players' Player and Fans' Player of the Year at the Grecians' end of season awards. 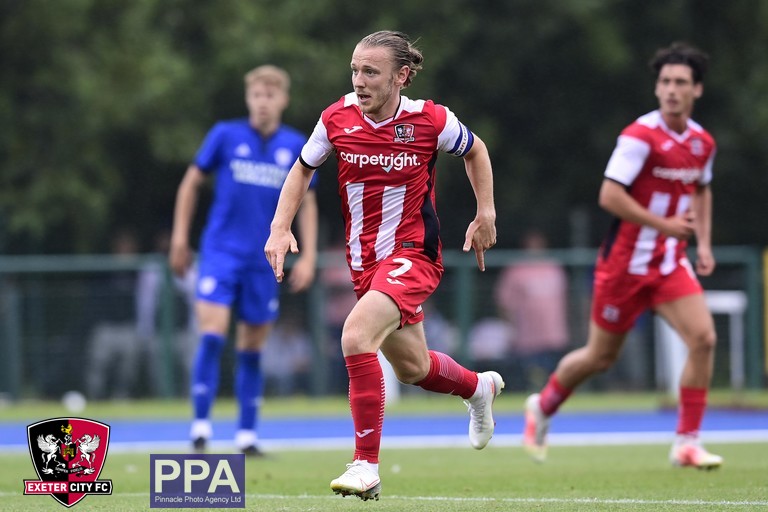 Matt Taylor says that MJ’s longevity and commitment at the club played a huge role in deciding his captain for the season.

“He’s still a young player really, but he has been here a long time. His attitude – he had to wait for his opportunity and then seize it.

“Last season he was player of the season by an absolute mile and he is a huge influence in the changing room as well. I feel he can handle the role well.

“This is also a result of his upbringing. What a great character he is, and credit has to go to his family for that.”