With pre-season now in full swing we look at new some new teams who will feature against the Grecians next season. Next up is the return of Swindon Town to Sky Bet League Two.

In 1879 the Reverend William Pitt, captain of The Spartans Cricket Club, founded a football club in his hometown. In 1894 The Robins turned professional and joined the Southern League in their original Black and White kit. In 1901 Town changed to their more familiar red and just eight years later reached the F.A Cup Semi’s for the first time.

In 1910-11, Swindon Town won the Southern League championship, earning them a Charity Shield match with the Football League champions Manchester United. This, the highest-scoring Charity Shield game to date, was played on 25 September 1911 at Stamford Bridge with Manchester United winning 8-4. Some of the proceeds of this game were later donated to the survivors of the Titanic. 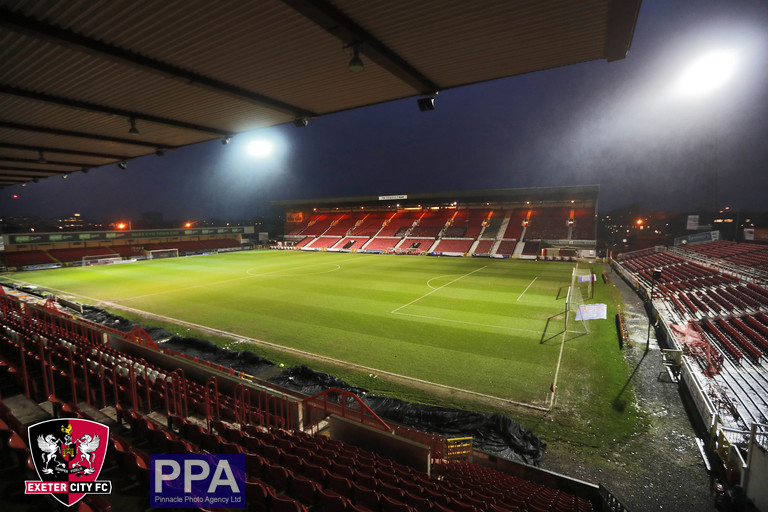 In 1969, the Robins beat Arsenal in the League Cup final to win their first major silverware, before quickly adding their second with an Anglo-Italian Cup triumph the season later. When Glenn Hoddle took charge in the early 90’s, Swindon earned promotion to the Premier League before the future England Boss moved to Chelsea.

The Robins have not made the climb back into the top tier after relegation in 1994 and since 2004 have been floating between Leagues One and Two, returning to the basement division for the upcoming campaign.

At the time of writing, It’s been a turbulent off-season for Swindon Town and the Robins are currently without a first-team boss following John McGreal’s swift departure. Long-serving chief executive Steve Anderson has also left the club, which is currently embroiled in legal proceedings surrounding its ownership.

Brett Pitman will be tasked in firing Swindon back into League One next season. Troubles off the pitch may make it difficult for recruitment but the 33-year-old has been retained for pre-season. Pitman moved to the County Ground in September 2020 and has 11 goals in 41 games. In the latter half of the season, Pitman took the armband as he fought for doomed survival from the drop. 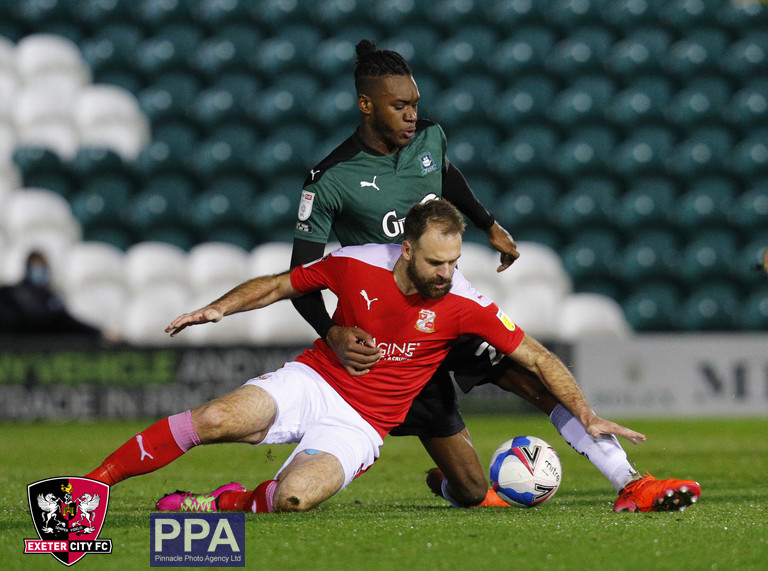 Pitman made his career at AFC Bournemouth and was integral in the Cherries rise from League Two to the Premier League in the 2010’s. Goals follow Pitman wherever he resides and will be the leader Swindon desperately require in their bid for promotion.

Twenty-nine losses, more than any other side in League One, succumbed Swindon to demise. Swindon also ‘boasted’ the worst defensive record with 89 goals shipped in last term.

Brett Pitman was the only striker last season to net more than 10 goals, with star midfielder Scott Twine spending half of the season at Newport County. Upon his return, the long-range strike specialist managed seven goals for his parent club, before moving to MK Dons this June. 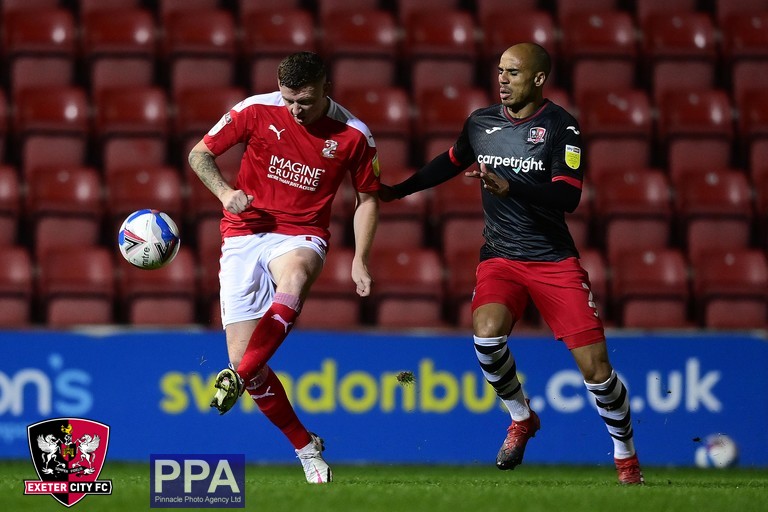 Swindon were dumped out in the first round of the F.A. Cup losing 2-1 to non-league Darlington and a exited the EFL Cup and the EFL Trophy at the same stage. Swindon met Exeter City in the group stage of the Papa John’s Trophy with the Grecians running out 4-3 winners with first senior goals for Ben Seymour, Alex Hartridge and Harry Kite.

Ultimate Swindon’s season petered out and inevitably ended in disappointment, yet troubles have sadly continued off the pitch, which we hope will be resolved as quickly as possible.

Exeter City’s 1-0 victory over Town in 1920 began a 101-year Westcountry rivalry, which has generally gone the Wiltshire sides way. That said, Exeter City have only lost twice in the last 15 meetings with The Robins, with the last defeat being in the top-of-the-table clash in February 2020.

City ran out 4-3 winners in the Group Stage of the Pappa John’s Trophy. A stunner from Harry Kite opened the scoring. Ben Seymour and Alex Hartridge found their names on their first scoresheet and Nigel Atangana also powered home in and EFL Trophy thriller.

Swindon were one of the earliest teams to arrange a former Player’s testimonial. In September 1889 a team of former Town players faced their counterparts from rivals Reading, to raise funds for former captain Jimmy Munro’s widow.