Matt Taylor has already confirmed that the game will be played in similar fashion to Tuesday night at Weston-super-Mare, where two separate XI's took to the field in each half.

Last August's match at Tiverton saw a 2-1 win for City in a match watched by 300 supporters, the first time fans had watched the Grecians play since the outbreak of the pandemic the previous March.

They are on sale at the Sports Bar at the Ian Moorcroft Stadium. Tickets WILL be available on the gate at Tiverton.

We also have a small allocation of tickets at the club shop, which is open until 4pm today.

To assist with Covid restrictions, purchasers will be asked to leave their name and contact number.

In line with Goverment guidelines, the capacity is limited to 1500.

There will be NO supporter parking at the ground

Souvenir programme available
Supporters driving to the ground are directed to park at the Morrison's supermarket behind the ground, Halfords opposite, or the High School in close proximity. Please be aware that time restrictions do apply in these areas, and always be respectful of local residents if parking on streets.

Due to fans being able to attend the match there will not be a live stream, so that Tiverton get the best opportunity to get some well needed revenue after not being open for so long.

Opened in 1946, The Ian Moorcroft Stadium, sometimes known as Ladysmead, has a capacity of 3500 with 520 seats.

The record attendance at the ground is 3000, which came when Tiverton hosted Leyton Orient in the first round of the FA Cup in 1994. 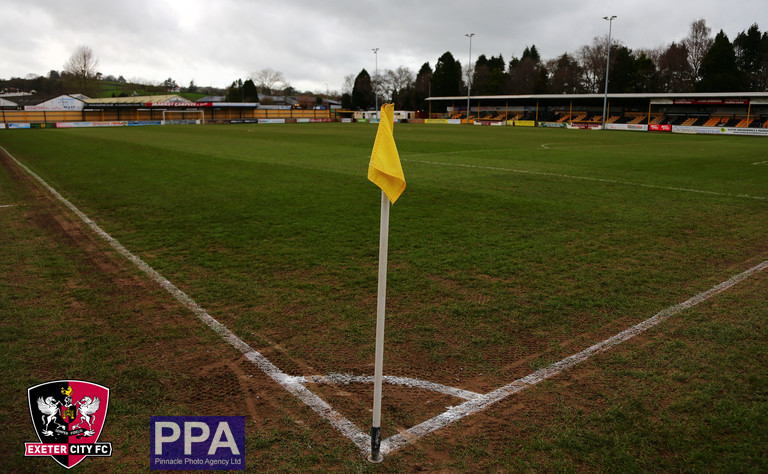 Matt Jay and Will Dean were on target last August as City picked up a pre-season win.