Banksy is a world-renowned artist, decorating the streets of Britain for the pleasure of the many. His artwork can bring joy and wonder to the average person’s life, giving them a snapshot to keep locked away in their brain for the rest of their life.

However, this isn’t a relatively new phenomenon – Exeter City’s very own ‘Banksie’ was creating works of art on the St James Park pitch over 50 years ago, dazzling opponents and providing memories that fans have cherished for years.

The legendary striker first arrived in Exeter in 1964, fresh off the back of scoring 129 goals in just over two seasons for non-league Cambridge City. Exeter City had seemingly grabbed themselves a bargain as Alan cost just £5,250 in total, and the club saw an instant return on their money – the Liverpudlian top-scored with 18 goals as the Grecians were promoted for the first time in their history. Promotion was all but confirmed on the penultimate day of the season with a 6-1 thrashing of Chesterfield, with Alan beginning the rout with two early goals.

In an absolutely gutting situation for Alan and City, mid-way through the club’s first season in the Third Division the forward broke his leg against Port Vale in February 1965. The loss of such a key player for almost a year hampered City, and Alan couldn’t re-find his form quick enough to stop City being relegated back to the Fourth Tier in 1966.

City fans were dealt a second blow immediately after relegation as Alan was sold to Plymouth Argyle. Alan could never quite settle at Plymouth though, probably due to his love for City, and he shortly returned to Devon’s capital just over a year later. 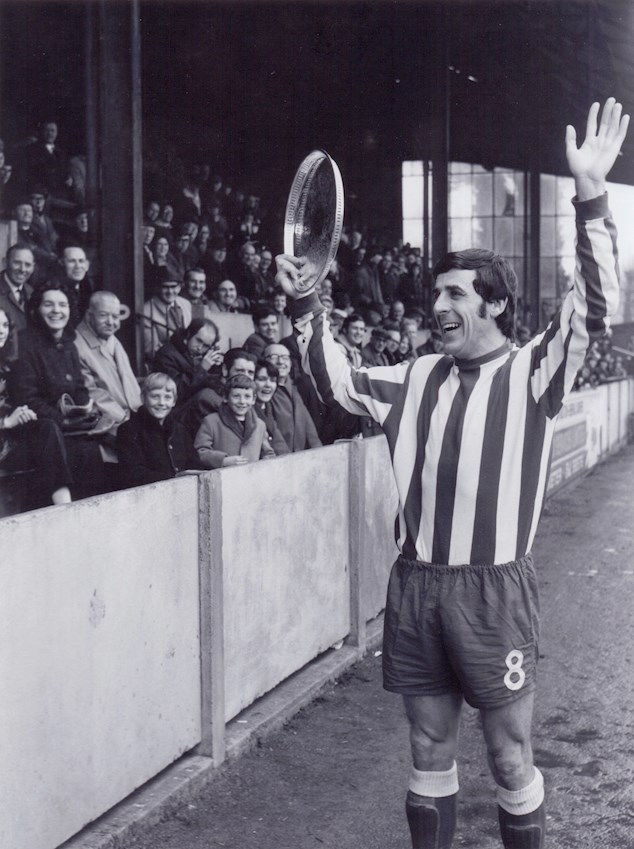 Alongside returning to Exeter, Alan’s goalscoring form also returned, and he top scored for the Grecians in three of the next six seasons, winning the club’s player of the season award twice during that time too.

Alan broke Graham Rees’ all-time top scoring record in February 1971, as he netted his 90th for the club against York City. Upon leaving the club for Poole Town in 1973, Alan had netted 101 goals for City, becoming the first player to net a century of strikes for the club.

Almost 50 years later, only Tony Kellow has bettered Alan’s City goalscoring record, marking the forward down as one of the best in the club’s history.

When we all can come home to SJP, you’ll be pretty likely to see Alan around the ground, as the adopted Exonian is still involved in the club, helping out with the pre-match hospitality at most matches.