One footballer that has Exeter running deep through his veins is Ethan Ampadu, who was born locally and was a part of a tremendously successful side throughout his journey at the Exeter City Academy. Now a Welsh international, he's now part of their Euro 2020 squad.

Ethan displayed plenty of promise while learning at the Cliff Hill Training Ground, resulting in him making an appearance for the Grecians’ Under-18s side at just 14 years old. His athleticism and competitiveness made Ethan a perfect centre-back, however, his elegance and quality on the ball made him equally adept as a defensive-midfielder. There are many to this day who argue what Ethan’s best position truly is.

Following further development at youth level, manager Paul Tisdale brought the youngster in for first-team action during the 2016/17 season. On August 9, 2016, at just 15 years 10 months and 26 days, Ethan made his senior debut in City’s 1-0 victory over Brentford at St James Park in the EFL Cup, where he was named man of the match following a superb 120-minute performance.

That Exeter appearance made him the club's youngest ever player, and, after seven more first-team outings, Ethan moved to Stamford Bridge in July 2017.

On September 20, 2017, Ethan made his maiden Chelsea appearance, making him the first player born in the 2000s to represent the club, before the defender made his Premier League debut three months later. Despite only making a handful of appearances for Chelsea in his first season, Ethan penned a new five-year deal on 19 September 2018. 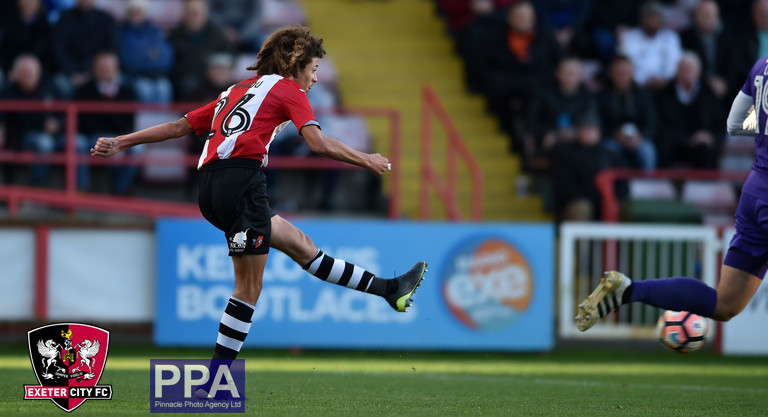 Following a quiet 2018/19 campaign for the Blues, Frank Lampard confirmed Ethan would spend the 2019/20 season with RB Leipzig on a year-long loan deal. The defender's time at the Red Bull Arena though was frustrating as he played just a total of 79 minutes in the Bundesliga. Ethan's highlight of the season, however, came when Leipzig visited Tottenham Hotspur in the UEFA Champions League, when the defender played brilliantly to help his team secure an impressive victory.

As funny as it seems, Ethan has perhaps enjoyed most of the success in his young career at international level. Despite being made eligible for four different nations, Ethan chose to represent Wales, making his Dragons debut on 10 November 2017. The defender has 17 caps at the time of writing, with his most recent appearances coming in the recent international matches against England and the Republic of Ireland. He's been named as part of the Wales Euro 2020 squad that will head to Baku and Rome for their group stage matches against Switzerland, Italy, Turkey, and hopefully further into the competition.

Last season, Ethan joined Sheffield United on loan, and whilst it was a tough old season for the Blades, the young defender put in a series of displays that suggested his development is set to continue at the highest levels of the game.

Ethan is widely tipped to have a big future, and if he continues to build upon what he has already achieved at a young age, then he is certainly one that the St James Park faithful will be proud to call 'one of our own'.