Born in Barnstaple, George enjoyed a steady rise through the ECFC Academy before signing a two-year contract in March 2006. He made his first-team debut just a month later.

After several loan spells away from the club, George broke into Paul Tisdale’s squad during the 2007/08 season. The defender made 35 appearances during the Grecians' promotion-winning campaign back to the Football League, with George going on to score his first professional goal, and become City’s youngest ever captain.

However, George moved to Wolverhampton Wanderers on September 1, 2008, where the defender made six league appearances as Wolves went and secured the Championship crown.

Much of 2009/10 saw George loaned out for more regular playing time. The year began with short stints at Millwall, Southend United and Scunthorpe United, before he was recalled by his parent club when they hit an injury-crisis. As a result, the defender made his Premier League debut against Manchester United on December 15, 2009. George was loaned out once again later that season when he returned to St James Park, where he helped the Grecians avoid League One relegation. 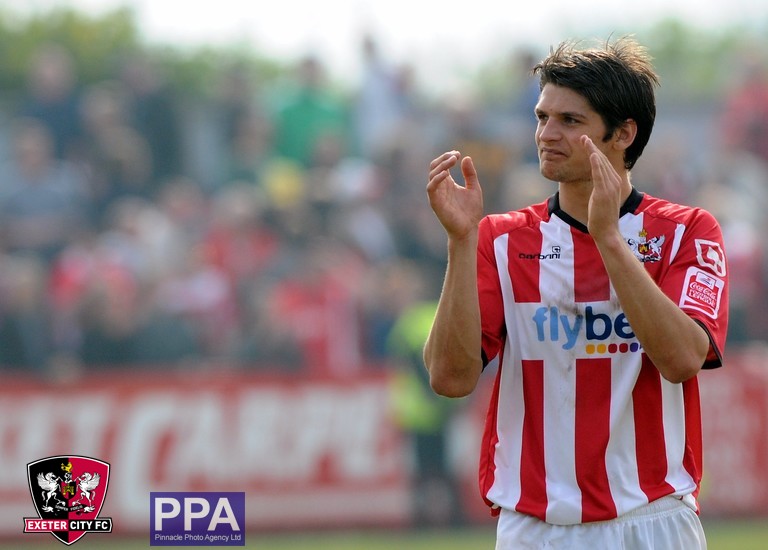 Friend joined Doncaster Rovers for the 2010/11 season, and quickly established himself as a first-team regular. After helping them to Championship safety, he was appointed captain ahead of the 2011/12 campaign. Despite Rovers’ relegation to League One, George won Player of the Year and Supporters’ Player of the Year.

The defender’s high level of consistency in a Boro shirt was eye-catching, and he was subsequently named in the PFA Championship Team of the Year for both the

Three more years in the North East; a period which saw him named as club captain in January 2019. George's 2019/20 campaign was heavily disrupted by injury, and, at the back end of the season, the defender turned down a new contract on Teesside to move to Birmingham City where he made 26 league appearances for the Championship club.