The Valiants’ main man this campaign has bagged 11 goals and three assists to his name. The 22-year-old came through the ranks at Manchester City and Sheffield Wednesday. In 2017 he was snapped up by Hartlepool United and scored four goals in 45 appearences for the Pools. 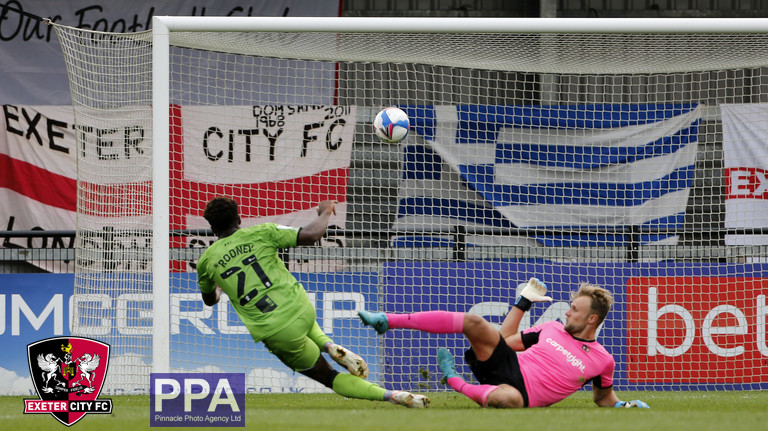 Salford City managed to win the race to his signature in 2018, where he stayed for two years- though outward loans to Halifax and Stockport took up the bulk of his time at Moor Lane.

In July he moved swiftly onto Port Vale where he has started to show the promising signs, he displayed in the Man City youth side. With a goal against Exeter already this season, Rodney is a strong, pacey centre-forward and has all the capabilities to crucify the Grecians given the chance.

Closing in on 100 apps for Vale club captain Tom Conlon has been pulling the strings in midfield for the Valiants. A local lad born in Stoke, it was for the Potters where he began his youth career. A brief move to Tyneside for Newcastle Town followed, before being caught on Peterborough’s radar in 2013.

His senior debut came against Exeter City that same year coming on as a fresh-faced substitute against the Grecians during the teams’ First Round FA Cup tie.

By 2015, Colon had switched allegiances to Stevenage but a cruciate ligament injury halted his progression at the Lamex. He still made 56 appearances for the Reds before joining Port Vale three years later.

Since he has come on leaps and bounds. In the 18/19 campaign Conlon smashed home a 25-yard volley against Yeovil Town to claim the Vale goal of the season. Like Rodney, Conlon also netted in the meeting with Exeter last September with a stunning free kick to win Goal of the Month, as Vale became the first visiting team to win at St James Park in nearly a year. Seven goals and assists apiece for Conlon this season means he is not to be dealt with lightly.

One to Watch for another reason, Exeter will need to be wary of the fiery persona of Leon Legge. At the heart of the Vale defence Legge has picked up a staggering 10 yellow cards and two reds this season as he ensures the feisty side of the Vale squad. Maybe that comes from his background as a nightclub bouncer before he turned professional?

He’s adept with his arms too with his long throws causing sides issues in the past. On top of that, he’s dangerous in the box too. Three goals in all apps this season puts him joint fourth in the Vale ranks.

The 35-year-old broke into the Football League with Brentford in 2009 and featured 94 times for the Bees. Continuing the trend, Legge has also been a goal-scorer against City in the past.

Legge has only really just returned to the side, after Darrell Clarke reinstated his position in February despite predecessor John Askey leaving him out for obvious disciplinary reasons. But Friday will prove to be an intriguing, if not a bloodbath of a battle between himself and Ryan Bowman.