In advance of the 7pm kick-off, Jed Penberthy looks back at the players who have represented both clubs.

“He’s magic. You know.” That was the chorus echoing from the Big Bank every time Christian Ribeiro stuck on the Red and White Devonshire jersey. The Full-back was a firm fan-favourite in his time at St James Park putting in a number of memorable performances in his time here.

Born in South Wales, Christian came up through the ranks at Bristol City making his professional debut in August 2008, unfortunately damaging his knee ligaments in the same game- putting his career on hold. This came after rumours of a move to David Moyes’ Everton side. The move never culminated and Ribeiro ended up only making 14 appearences for his boyhood club. 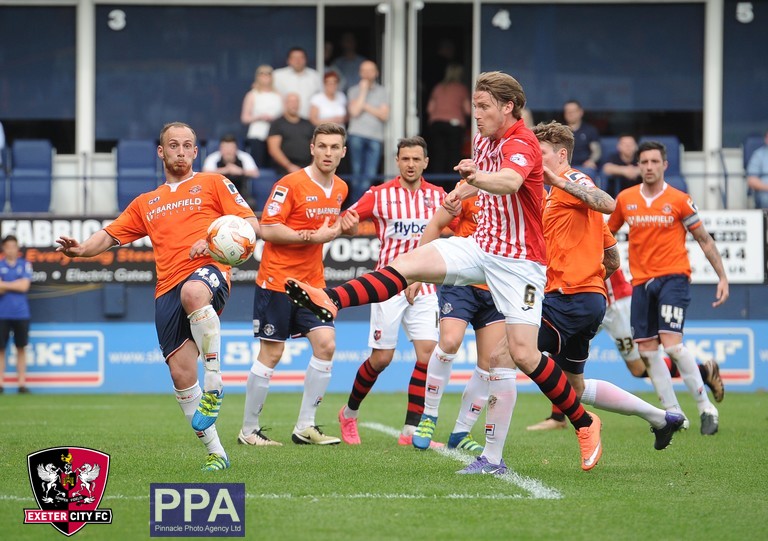 Though he struggled for club game time, Ribeiro was favoured for his national side. Multiple youth caps for Wales were promoted to two senior caps in 2010- the first against Croatia.

His time at Ashton Gate was heaped with loan moves, the latter of which was to Scunthorpe United. After the end of the 2011/12 season Christian signed permanently for the Iron. Forty-nine appearances for the Lincolnshire club followed including a couple of games against City.

Scunthorpe were promoted in 2014 but Ribeiro was relived of his duties at Glanford Park, deciding to return south, joining Paul Tisdale at the Cat and Fiddle.

Whilst at City he put in a classic performance against Liverpool’s youngsters as the Grecians forced the Reds to an FA Cup replay. Ribs moved to Oxford in 2016 and has since hung up his boots.

A regular in the 1935/6 season, Reginald Robinson was a coup of a signing for Jack English’s Exeter City side. He had played at a higher level first for then Division One side Huddersfield Town, after moving to West Yorkshire from Scunthorpe and Lindsey United (a previous incarnation of the modern club). 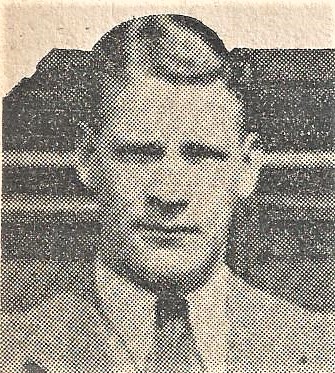 Reg was signed by the Grecians in the summer of 1935 as a midfielder but was converted to a centre-half for the majority of the season. Whilst at SJP he played thirty games for the Grecians scoring once. His performances for Exeter caught the eye of fellow Division Three South side Watford, who put in an exchange bid for Reg at the end of the season.

William Brown arrived in the opposite direction and Robinson stayed at Vicarage Road for just the solitary season. Upon retirement Reg moved back to his home in Scunthorpe.

Like Captain America being the ‘First Avenger’, George Friend is the ‘First Graduate.’

The restructuring of our now famous Youth Academy came after the Club was saved, first by the Trust, and then the lucrative tie with Manchester United. This came at the right time for Friend who was part of one of our aptly-named ‘Advanced Development Centres’ in his hometown of Barnstaple. A Marvel prodigy, George graduated from the Player Progression Pathway in March 2006 and made his professional debut a month later against Forest Green Rovers. 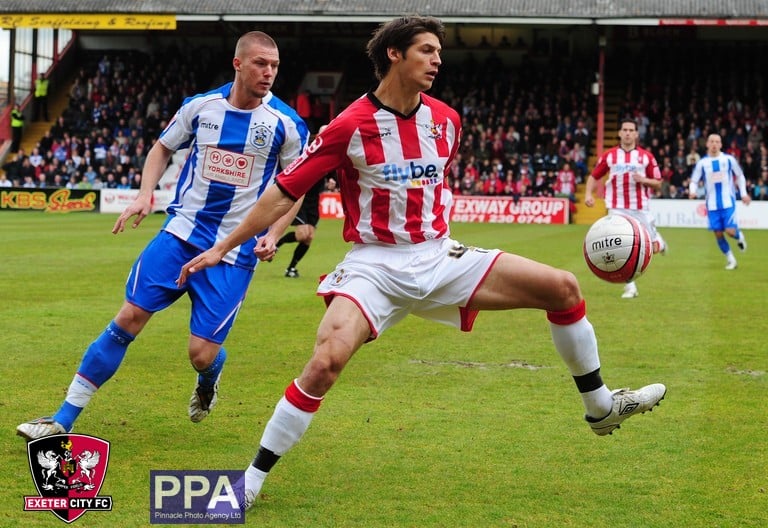 By the 2007/08 season George had worked his way into the Exeter City first team being the S.H.I.E.L.D in defence for the Grecians promotion back into the Football League. During that season he became the youngest captain in the club’s history. Toward the end of the season, he scored his first goal for City in a 4-4 draw with Burton.

In October 2009, Friend became an Iron-Man during a loan spell at Glanford Park, playing four times for United. His time in Lincolnshire was short lived as his parent club recalled him as back-up after an injury hit season.

George was never Far From Home and in March 2010 he returned to St James Park on loan, helping the Grecians survive their first campaign back in the third tier.

In 2012, Friend found his feet at Middlesbrough. He was awarded the Community Player of the Year in his first season at the Riverside and Player’s Player of the Year the season after. In 2015, Friend was named Captain and guided the Reds back into the Premier League in 2016.

In 2020, George left with 250 Middlesbrough appearences to his name and swiftly signed for former boss Aitor Karanka at Birmingham City- though some Exeter fans were ambitiously calling for his Super-hero return.

George Friend’s initial transfer to Wolves paved the way for the likes of Dean Moxey, Matt Grimes, Ollie Watkins and Ethan Ampadu to all earn moves to the higher divisions. This season there is also a staggering percentage of Academy players in the current first-team squad, proving that there’s no Endgame in sight for the talent coming through at Exeter City.