In collaboration with the Exeter City Football Club Museum, we are delighted to announce that three of the Exeter City Women current first team squad will feature in an upcoming exhibit at St James Park.

The “One Of Our Own” display will show case those talents developed at Exeter City and who are either currently excelling at the Football Club or who have done so throughout our history.

The exhibit, which is the final part of the museums’ latest project in partnership with the University of Exeter and the National Lottery Heritage Fund, will consist of framed images of the players in the Heritage Lounge at St James Park, a guidebook detailing the careers of those on display and a mural for supporters to view.

Manfy Sharpe, Emily Toogood and Georgie Barbour Gresham have been selected for their outstanding contributions to the Women’s set up at Exeter City, doing so after progressing through the Development System structure at St James Park. 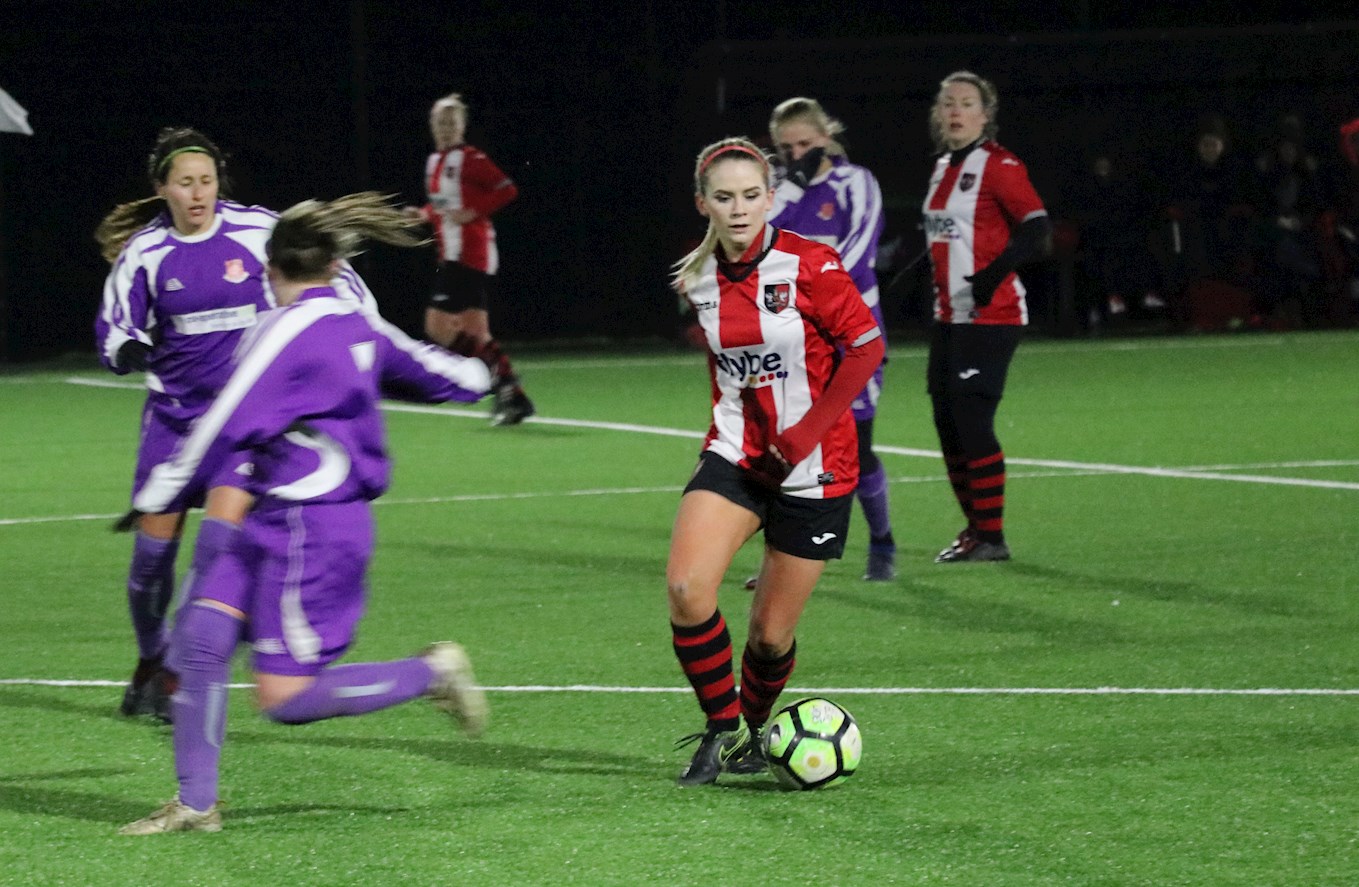 Manfy joined the Exeter City Centre of Excellence for Girls at the age of Nine. Spending her school years playing for local sides Exmouth and Brixington Blues, Manfy would then study a BTEC in Sport as part of the emerging College partnership with Exeter City Football Club, participating in the Club's Futsal team alongside her studies. During her time at City, Manfy has been part of the Title winning side of 2019, played in the highly successful and well attended County Cup Tie against Buckland Athletic at SJP, and now Captain's the Team. Had it not been for recent interventions in fixture scheduling, Manfy would have reached over 100 appearances for the team, scoring two goals from her defensive role.

Emily joined Exeter City in 2016. Having just began studying at Exeter College, the partnership between the College and Exeter City offered an opportunity to join the Women's set up. Emily would be ever present in the team during her first two seasons as a Grecian, scoring four times in the 2017/2018 season and, at the suspension of the 2020/2021 season, is closing on a century of appearances in Red and White. 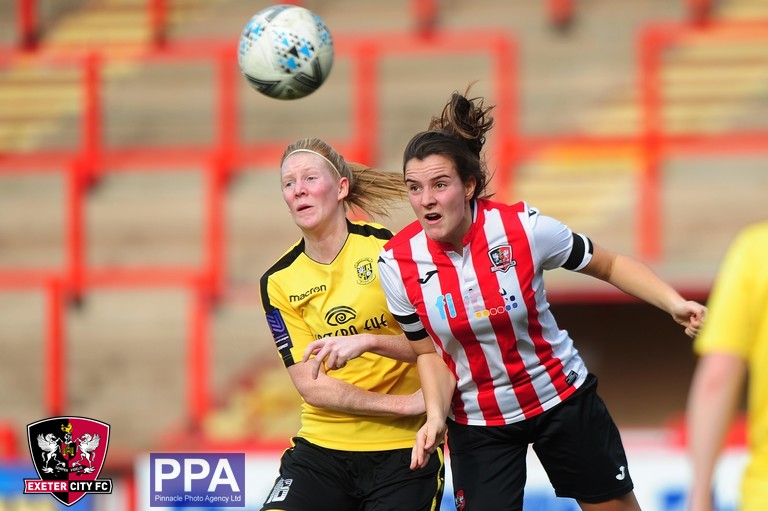 The highlight of Emily's career to date was to Captain the 2018/2019 Title Winning Side, a season in which she scored twice before a collarbone break ended her campaign early. Prior to the injury, Emily did feature in the County Cup Tie against Buckland Athletic at SJP, a fixture that saw over 600 in attendance and would prove a wonderful occasion for the Women's Set Up.

Georgie began her progression to the First Team with the Girl's Development Centre. In 2018 she would make a big impact in her debut season, making Nineteen Appearances and scoring Thirteen goals. With Georgie’s physicality and excellent technical ability she shone in a season that City would take the League Title, only losing twice, and scoring over 100 goals. With the step up a division certain to test the Grecian's younger players, Georgie again rose to the expectations, making Fourteen Appearances and adding a further six goals. 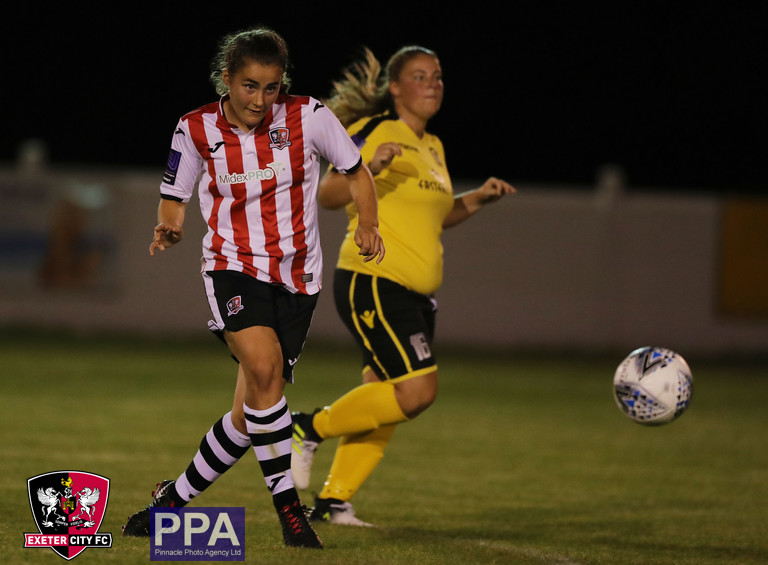 The 2019/2020 Season was to prove a pivotal one for Georgie. After success in Phase Two of the England College Trials at Hartpury College, she would be selected to represent the England College side. Georgie Captained the side in their WSL Academy Cup campaign and was Vice Captain as the team headed out to Italy for a International Tournament. After a successful year with the England College's Team, Georgie was awarded their Female Player of the Year Award, citing her attitude, encouragement of others and playing performances as key aspects for her nomination.

To be part of such an important Exhibit is a big honour for the Team and further acknowledgement from the Football Club of the hard work and dedication of those involved in Women’s Football at Exeter City. Manfy, Emily and Georgie are all delighted to have been selected for the “One of Our Own” Exhibit and look forward to seeing it materialise in the coming weeks.