Due to the current coivd restrictions on and around the pitch at St James Park, this season's reflection will be slightly different.

A supporter from each team will also lay a wreath. All guests will operate from the Astroturf due to the pitch zone restrictions. The Exhortation will be read by stadium announcer Barry Fulls which will be followed by The Last Post which will be played by a bugler from the 1st battalion of the Coldstream Guards. 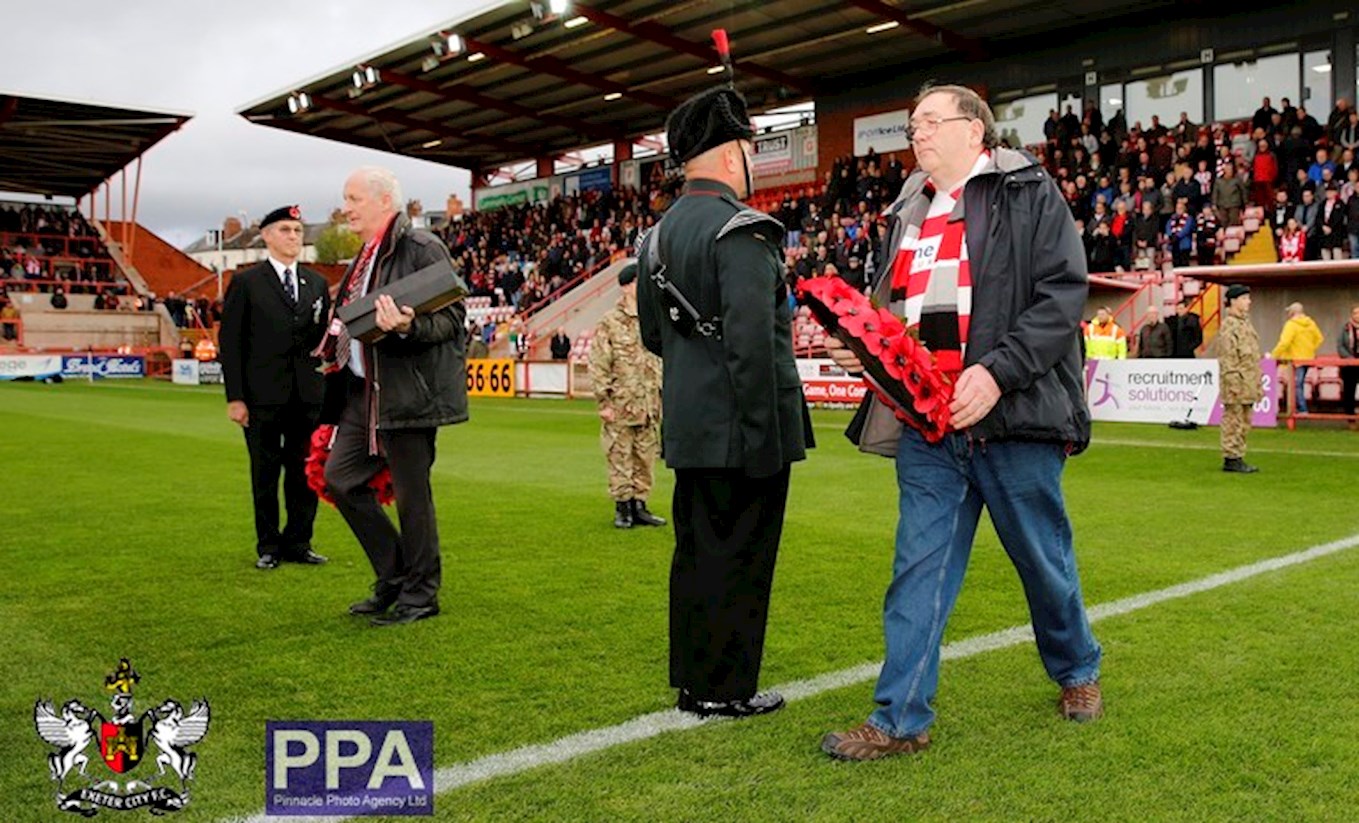 After this there will be a One Minute Silence is observed beginning and ending on the referees whistle.

During the match the players will all be wearing Poppy armbands, which will signed an auctioned, alongside a signed shirt for the Royal British Legion Poppy appeal.

The Coldstream guards will have a van in Red Square between the information Point and the outside bar.

This season no half-time collections are being staged at SJP to minimise Covid contact and possible transmission. However, there will be unmanned collection tins in Red Square, the Stagecoach Adam Stansfield Stand and Hospitality for those who have not so far had the opportunity to purchase poppies, you can also donate online at britishlegion.org.uk/get-involved/ways-to-give/donate.