Attention swiftly turns to Rochdale this weekend as the Grecians make their first trip to the Crown Oil Arena since 2013.

Here’s a chance then to familiarise yourself with Dale, in our opposition outlook.

Considering the love of Rugby in the area, it is not surprising Rochdale had difficulty establishing an association football club. The earlier Rochdale Town formed briefly in 1900 befored fading out of existence and it wasn’t until 1907 when the present club was formed. Rochdale immediately went professional and graduated to the Manchester Combination league in 1908.

The town of Rochdale sits on a dale in the foothills of the river Roch (queuing the rather inventive name) and is about ten miles outside Manchester. The mill town was a leading textile producer during the 19th century and thanks to its easily passable canal became an Industrial Revolution boom town.

The football club were first elected to Division Three (N) in 1921. In both 1924 and 1927 they finished second in the league and during that time picked up their record victory against Chesterfield, beating the Spirerites 8-1.

Rochdale have been Football League stalwarts, bouncing between the third and fourth tiers for most of their history. In 1962, Dale came close to winning their first major silverware but succumbing to defeat in the final to Norwich City, as the Canaries won the League Cup.

Last season Dale suffered relegation and returned to the bottom tier, but are unbeaten in their last seven league games heading into Saturday.

Former Scotland international Robbie Stockdale will be the man in the dugout for The Dale. The 41-year-old is in his first permanent managerial position after caretaking Sunderland and Grimsby in the past ten years. 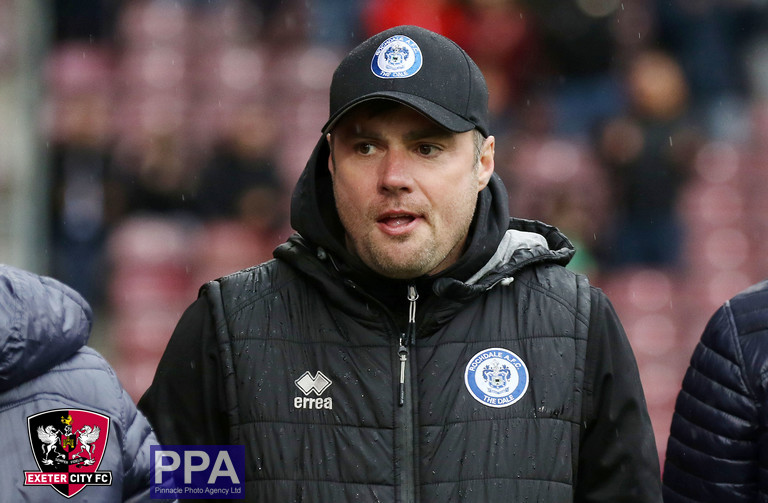 As a player he pitched up in the Premier League in the Middlesbrough defence in the late 90’s and early 2000’s. This earned his first call-up to the Tartan Army in 2002 where he won five caps. His 250+ game playing career took him across the North East with Hull, Grimsby and Darlington all on his CV.

Since hanging up his boots Stockdale has coached Hibs and West Brom and has rocked up at Spotland in the summer with the aim in guiding the blues back into League One.

Opened in 1878 to accommodate the St Clement’s Rugby Club, the playing fields have been home to the Football Club since it’s existence. The ground hosted the first amalgamation of Rochdale AFC (1896-1901), Rochdale Town (1900-07) and now the present club.

By the time the club joined the Football League the old Grandstand had been erected on the old Cricket pavilion. In 2013, Spotland played host to the Rugby League Word Cup fixture between Fiji and Ireland with an attendance of 9,000.

In 2016, Crown Oil paint took the naming rights to the ground, with a rename to the Crown Oil Arena.

Topping the charts with eight goals so far this term, Jake Beesley is the Dale dangerman. The 24-year-old began his career with Chesterfield prior to moving to the up and coming Salford City in 2017. 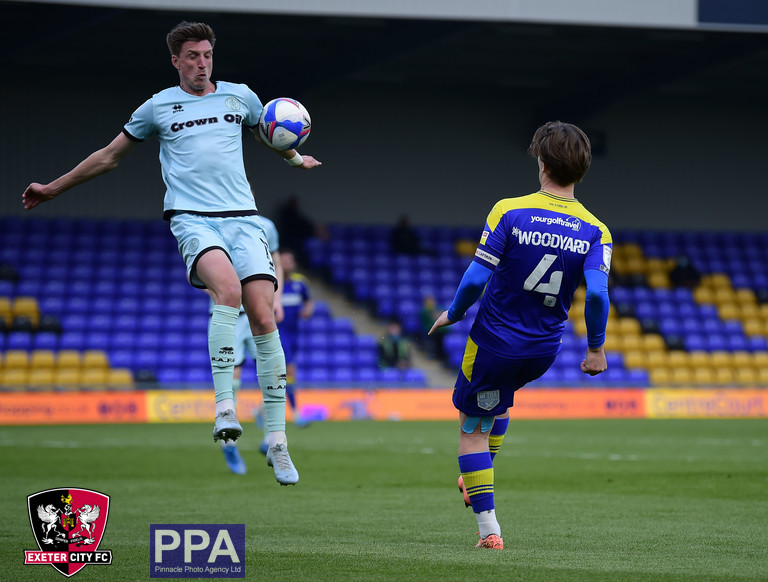 Beesley impressed in further loan spells to non-league before last summer made the move to then League One side on a three-year deal. A man in form, Beesley has three in his last four including netting against Stevenage in mid-week.

Despite not facing each other in seven years, Rochdale are familiar foes to Exeter City with 62 meetings between the two sides. There have been two stand out performances from the Grecians in this time with a 5-1 win in 1989 and a 5-0 win just a year later.

Dale have claimed the spoils in the past three occasions, with City’s last win at the Crown Oil Arena coming in 2012 in a classic 3-2 victory.

When Rochdale won promotion in 2009/10 it ended a 41-year run of playing in the bottom division of the Football League. Dale won just one of their final nine games but still clinched automatic promotion, finishing nine points ahead of fourth placed Morecambe.