Alex Hartridge is the latest One of Our Own to commit his future to the club, having extended his contract.

Alex is the latest in a line of new deals for City academy products and has lengthened his deal until 2024.

Hartridge has become one of the first names on the team sheet over the last season and has played all but two league games so far this season. In 2020/21 he scored his first goal for the club in a 4-3 win over Swindon Town.

After progressing through the ranks at the academy, Alex put pen to paper on his first professional contract at St James Park in April 2017. He made his first team debut with an impressive performance against Grimsby Town in December 2018.

Hartridge's progression has been assisted by pivotal loan spells at Truro City and Bath City in recent years.

"I'm really pleased to get it done," he said.

"It's really reassuring with a two year deal. I've only had one year deals before and never knowing what the next year brings. 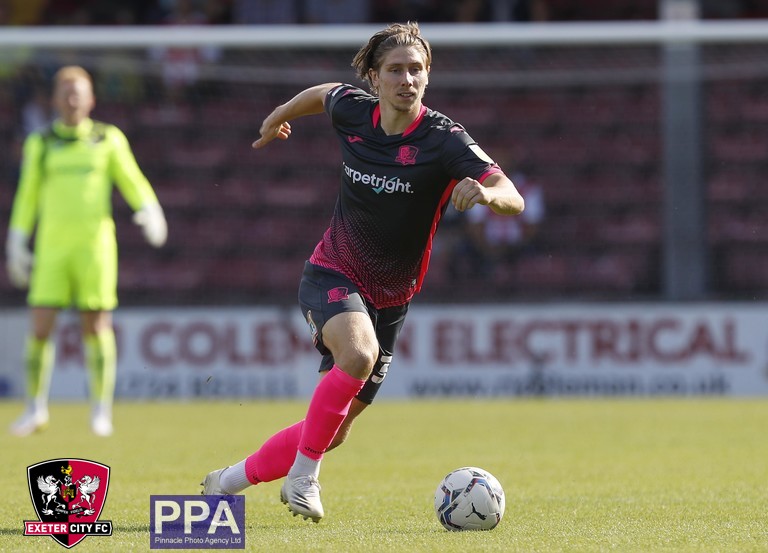 "I've spent ten years trying to get to where I am today so it was an easy decision and there was no reason why I wouldn't sign the new deal. Me and the manager had a lot of conversations about it but it was easy.

"It's amazing playing week in week out. It's completely different to last season, with the fans back and the rest between games. This is what I've wanted to be doing for ages and it's really special.

"To be out there with three or four lads I've come up with every week, that's really enjoyable. It feels so special. There is always a good group of 23's in the training squad and that has just progressed into a great set of lads in the first team squad.

"I owe so much to all the coaches."