To celebrate the launch of EA Sports FIFA 22, The Grecians' all important Ultimate Team stats have been revealed. 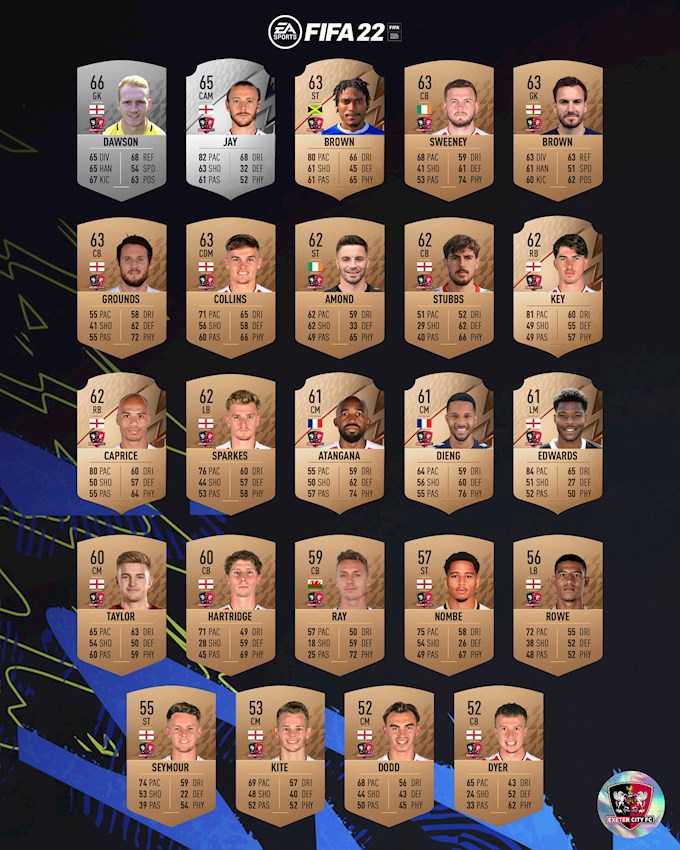 Closely following is Matt Jay at 65 OVR. Last season, the captain earned a 68-rated Team Of The Week and an 85-rated Team of the Season, recieving a base card improvement of +7 OVR this year. MJ boasts 82 PACE this year, with 82 Acceleration and 83 Sprint Speed. As well as this, the skipper has a staggering 91 balance and 93 agility as he dances his way to the top of City's outfield ratings.

After his breakthrough season, Josh Key has also seen a +7 improvement. Last year's 55 OVR has been smashed to make way for a bronze rare 62 card. Owura Edwards takes the crown of the quickest in the side with 84 PAC and Pierce Sweeney boasts the biggest physical stats.

This week we caught up with MJ, Cam, George Ray and Sam Nombe to dissect their FUT 22 ratings. Check it out below👇