This weekend, Exeter City tussle Newport County in a bid to extend the unbeaten run to ten.

Before Saturday's game we flashback to 2015, when City took all three points at the Park courtesy of David Wheeler and Ryan Harley. 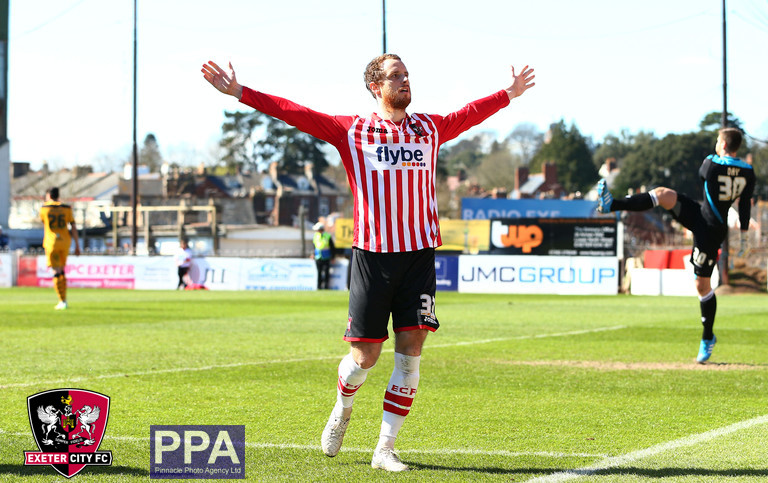 It had been an uninspiring season for Paul Tisdale’s men but Easter Monday offered a decent opportunity to build momentum before the curtain was drawn on the campaign.

Next up for City was play-off chasing Newport County and the Grecians went into the game in much better form than their hosts, unbeaten in the last seven.

Tisdale kept to the same formula that dispatched Luton Town 3-2 the week earlier and City had the first chance of the afternoon. Lee Holmes cut inside onto his right foot and his driven shot was palmed away by Joe Day in the County goal.

The Exiles came close to opening the scoring on a sunny afternoon. Aaron O’Connor’s excellent movement snuck around the back of the City line and the striker’s left-footed effort trickled onto the bottom of the post.

County manager Jimmy Dack believed his side controlled the much of the game. Into the second half and County really should have taken the lead. Max Potter burst through on goal, but thankfully for City, James Hamon was quick off his line to close the chance.

The Grecians soaked up the pressure and made County pay on the break. With thirteen minutes to play, substitute and cult hero Clinton Morrison turned in midfield. His ball through to David Wheeler was perfectly weighted. Wheeler made no mistake, firing through Day’s legs and the ball ricocheted up and nestled into the net.

There was still time for drama in front of the Big Bank. A minute into injury time, Wheeler broke toward goal. Just before the winger was going to pull the trigger, Ismail Yakubu targeted Wheeler’s legs, conceded the penalty and earned himself first dibs in the shower, seeing red for his troubles.

Ryan Harley, cool as ever, swept home the spot kick to secure the three points and celebrated in front of the largest terrace in the country.

Newport would surrender their play-off hopes in the remaining games and Exeter’s long unbeaten run was halted the game after, and the Reds ended the season in tenth.