There are two sides to every game of football, so this week we caught up with Neil Metcalfe from the Hertfordshire Advertiser, to give us the 'Lamex Lowdown' on Stevenage.

Neil broke into the industry as a Freelance Rugby Writer for the Shield Gazette in 2013, supplying previews and match reports for both Westoe RFC (National Division Three North) and Jarrovians RUFC (Durham & Northumberland Division Three).

This earned him a job at Archant Publishing where he covered much of the South East of England, covering the likes of Spurs, Arsenal and Saracens but now focusses on Hertfordshire with the Advertiser and The Comet- where he reports of Stevenage F.C.

Hi Neil thanks for getting in touch.

So how long have you been covering Stevenage?

Directly for a little more than a year, when I became the sole reporter on the sports desk, but indirectly I have been covering and filling in from time to time for close to six years.

What have been your highlights in this time? Favourite game?

My time started after the games against Newcastle and Tottenham in the FA Cup and after the promotion (and subsequent relegation) to League One. It’s been a fairly steady spell, other than the troubles of the 2019-2020 season. There have been a couple of pushes towards the play-offs and a fair few mid-table finishes.

The win over Hull on penalties last year in the FA Cup second round was impressive, coming as it did at the end of a bad run. I really enjoyed a random 2-1 win away at Hartlepool in 2016 too as it was Darren Sarll’s first as manager. His reaction was genuinely great to see.

Disappointing to be honest. I know most people have Stevenage as one of their favourites to go down but I expected more. The opening couple of games suggested it would be but it is only in the last week that they look to have got back on track after another bad run.

I still say comfortably mid-table. There’s always one team that makes a late run for the play-offs and it could be Boro, they almost did that last year after all but started their charge too late.

Terence Vancooten is a quality centre-half while Luther James-Wildin can and more than likely will play higher in the next couple of years. I like Elliot Osborne too, although he is one of the more unsung heroes, and Jamie Reid is starting to look a handful up front. 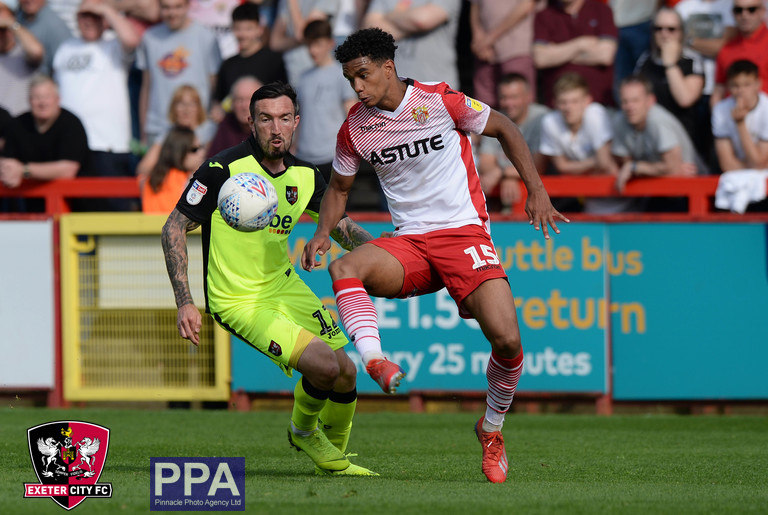 How would you expect Boro to set up against Exeter?

They play a certain way bar the odd exception. It’ll be a rough 4-4-2 but it is a system that suite the players they have and style of football they want to play. Last week’s win over Hartlepool was a good one and I wouldn’t expect too many changes, despite another good win in the week at Oxford.

Exeter don’t concede many and Stevenage don’t score many but while a low-scoring encounter is very possible, it doesn’t mean it’ll be a dour game. Stevenage do like to attack quickly and turn the defenders and confidence will be high. It should be a decent clash.

And finally what’s your score prediction?

Torn between head and heart but I’ll go 1-1.

Thank you Neil, all the best!