Exeter City Women made it the perfect week, as they picked up a second National League win in five days with victory over Larkhall Athletic on Sunday.

A confident team performance saw four different goal scorers, as the team also made it consecutive clean sheets in front of a record league crowd at Speeds Meadow.

It was the visitors who started the brightest, Rhian Robbins looking to use her pace to get behind the City defence and the Larks midfield pressing high up the pitch. After the game settled in intensity, City began to dominate. Mollie Taylor was surging forward with every opportunity and her back post cross was narrowly hit over by Mia Preston in the game’s first big chance. Taylor was to play the role of provider once more just a minute later, another deep cross, this time Emily Toogood unable to convert the headed chance. 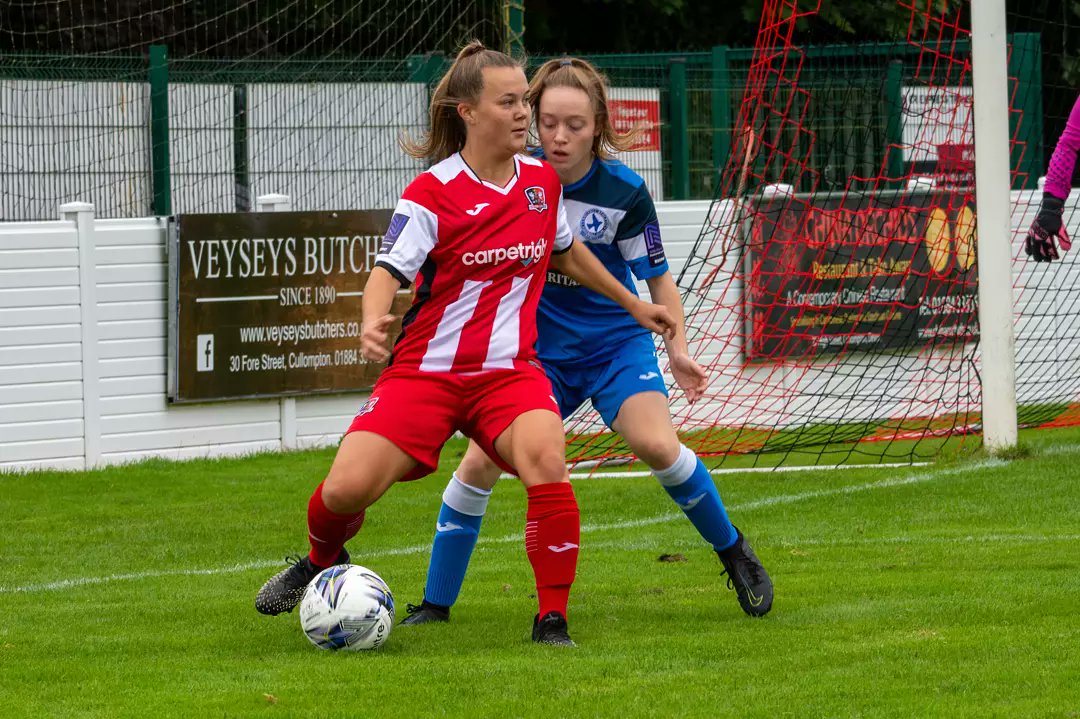 With City now controlling possession, Larkhall hit on the counter with a phase of play that would become recurring in the afternoon’s game. A lofted pass over the City backline found Robbins and her lobbed effort went over Abbi Bond in the Grecians goal and wide, it was the visitor’s best chance of the game.

Whilst the Larkhall counter was proving a threat, Mollie Taylor was just as problematic for the Somerset side’s defence. Taylor’s latest effort hit the top of the crossbar before bouncing back into the path of Emily Toogood, both she and Anthea Kaptein had efforts on goal, before Toogood got enough contact on the ball to find the net. It was a lead City deserved and had come from a source that had been a likely provider of that first goal.

Jess Sandland made a break from midfield moments later and, in a collision with Larks ‘keeper Abi Footner, made headed contact with the bouncing ball before being fouled. The collision resulted in a penalty to City. A lengthy spell of treatment for Footner followed, but she could do nothing with Anthea Kaptein’s perfectly placed low spot kick to give City a two goal cushion.

The home side were now in dominant mood, Preston and Toogood interchanged neat link up play in a wide area and, once Toogood’s cross found Phoebe Baker, the City midfielder drilled home a third. Sadly, that spelled the end of Footner’s afternoon as she succumbed to the elbow injury she suffered in the penalty incident. Abbie Britton and Aaron Wakley’s side went into the break with a comfortable advantage.

The second half began in a similar fashion to the end of the first, City working hard for their chances, as they looked to put the game beyond any doubt. Esme Kilburn-Thompson battled to win possession and, as she attempted a shot on goal, the Larks substitute keeper tipped the effort onto the cross bar and away to safety. 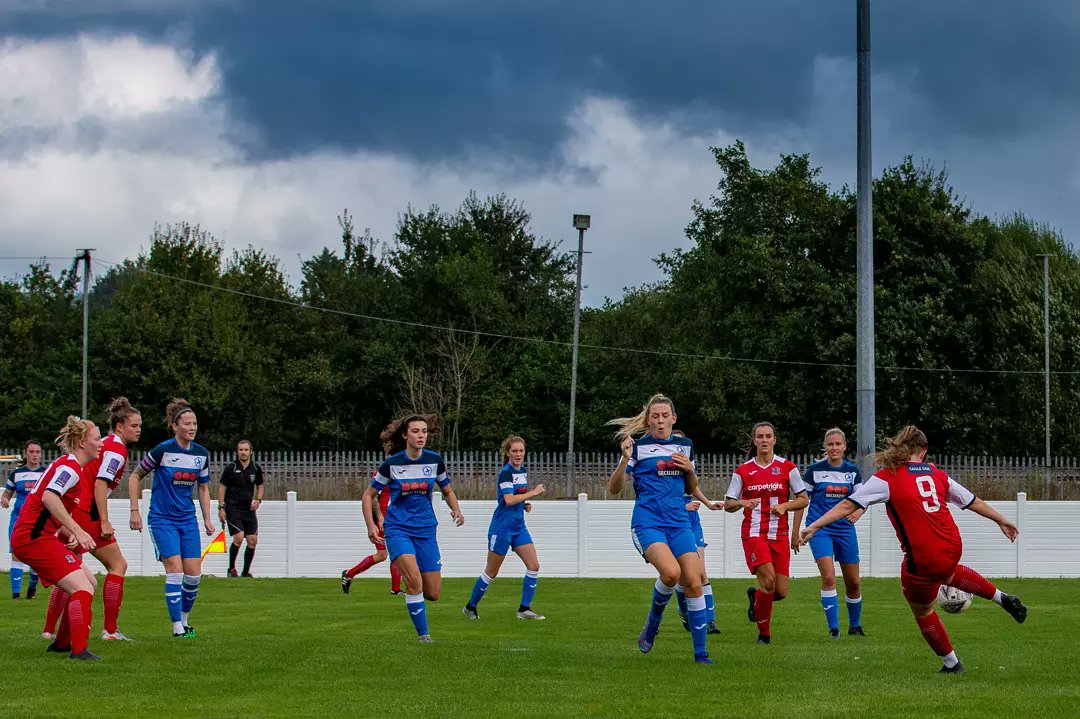 The game then transcended into a battle between the City backline and Rhian Robbins. The Larkhall forward hit a lobbed effort over the crossbar before a similar sight on goal saw a shot drilled wide of the target. Abbi Bond then denied Robbins with a save with her legs before Natalie Warman narrowly struck wide at the other end.

Bond was quickly off her line to deny Robbins with the clock running down, claiming the ball confidently at the on rushing striker’s feet, before two excellent defensive challenges from Jaydee Seaman and then Manfy Sharpe, kept Larkhall from finding a way back into the game.

City would end the game with only ten players, Captain Manfy Sharpe unfortunately picking up an injury with all substitutions made, but it would not stop the Grecians ending the game with a flourish. Zoe Watkins slalomed through a series of midfield challenges before laying the ball off for Connie Pengelly, the City forward hit the shot on the turn, finding the bottom corner to complete a good afternoon’s work.

The call from the Management going into this week was to pick up six league points, to do so by scoring eleven goals and conceding none, will be particularly pleasing. The National League is starting to look increasingly tight at the top, City will travel to Portishead next weekend looking to improve upon their lofty third position in the current standings.