Exeter City Women moved into third position in the National League table with a dominant performance at Homers Heath as they thrashed Buckland Athletic with a seven-goal haul.

In a positive evening for many of City’s excellent young stars, it would be Connie Pengelly who starred with a second half hat trick.

Abbie Britton and Aaron Wakley made five changes from the team’s last outing against Plymouth Argyle, but there was no sense of apprehension as the Grecians got off to a flying start. Anthea Kaptein found space on the edge of the penalty area, her fierce strike finding the bottom corner, as City looked to wrestle control of the game early on. Jess Sandland broke from her midfield position and, with the keeper to beat, her firmly struck shot hit the upright and dropped to safety as the home side struggled with City’s forward movement.

Within the Grecians squad are several former Yellows players and it would be one of those who created the next big moment in the game. Charley Prouse sent the ball forward from her defensive position, the pass weighted perfectly into the path of Natalie Warman, who slotted home a second goal. Two quickly became three, Mia Preston racing clear from the halfway line and calmly beating Buckland keeper Sara Rowe. It was Mia’s first National League goal and well deserved after an excellent opening half hour from both the player and her team.

Esme Kilburn-Thompson and Preston would go close to adding to City’s lead, but the best goal scoring chance of the remainder of the half went to Buckland. After rounding Abbi Bond, only an excellent goal line block from Emily Toogood prevented the home side from pulling a one back. City would go into the break in a dominant position.

The second half began with City continuing to probe for opportunities, Kilburn-Thompson, Preston and Kaptein all with half chances, as the visitors could not find a clinical final pass to match their dominance in possession. Jess Sandland would come closest, another fierce hit from the midfielder would again strike the upright and fall to safety. Natalie Warman nearly had her second, Preston and Pengelly’s neat link play created the opportunity, but the finish did not find the target as she lost balance.

With City’s Management team choosing to rotate the squad, Pengelly had started the game from the bench, now on the pitch, she was keen to make an impact. Jess Sandland lofted a pass over the Buckland defence and the City Number Nine timed her run to meet the ball first, calmly lobbing the advancing Rowe for City’s third. Minutes later it was four. Another well timed run, after rounding Rowe and passing into the empty net, Pengelly had two goals only ten minutes after arriving onto the pitch. 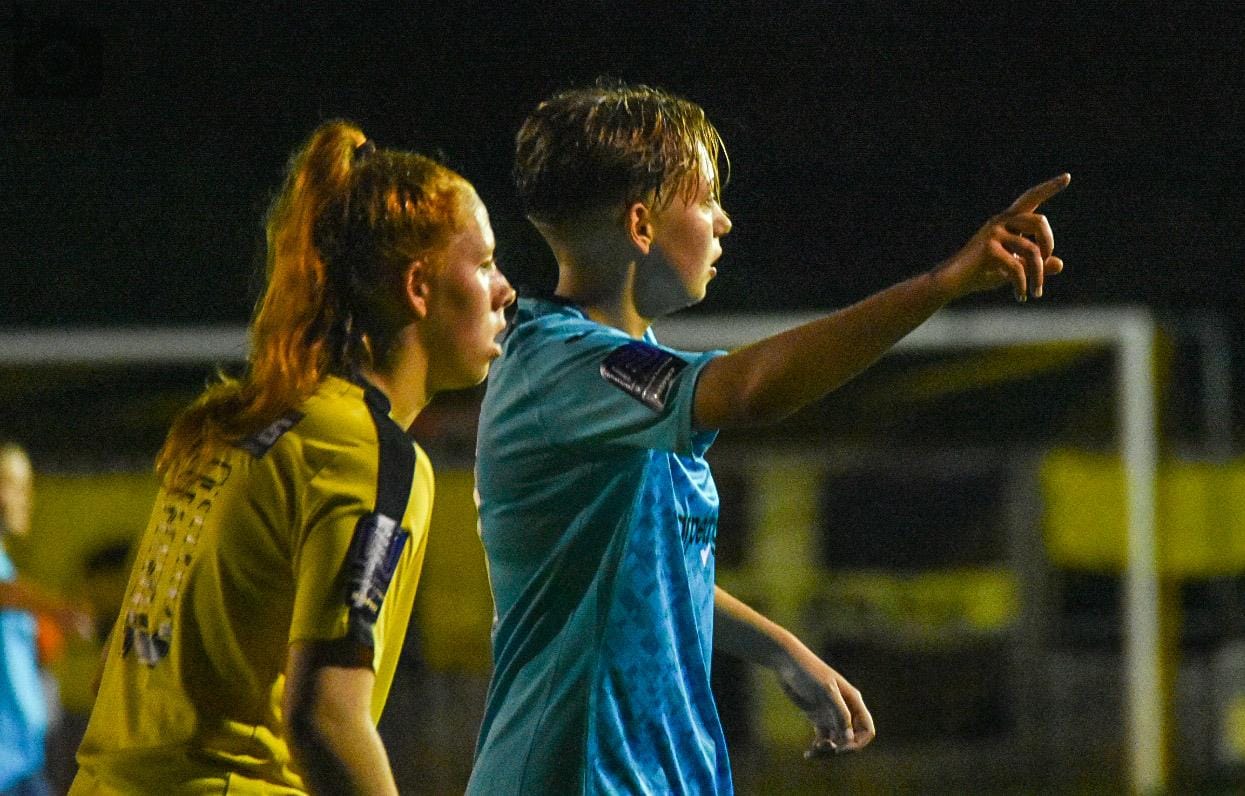 Emily Toogood went close to adding a sixth, Mia Preston then hitting wide moments later, but it was to be Sarah Stacey who would get her moment at a venue she has scored at so many times before. Zoe Watkins’ perfectly weighted through ball met her run and Stacey slotted past Rowe for six.

With the game ticking over into stoppage time, City would get one more chance. Mia Preston, once again showing composure in an attacking area, cushioned the ball into the path of Pengelly, who drilled home for a hat trick on her left foot.

A complete team performance from City, with a rotated squad all making strong contention for a starting place for the weekend visit of Larkhall Athletic. The calm composure of experienced leaders Toogood, Sharpe and Kaptein was well balanced with the exuberance of teenage talents Jess Sandland, Charley Prouse and Mia Preston. However, it would be Pengelly to take the headlines, with a first National League hat trick for the increasingly prolific young forward.

City's Women are next in action on Sunday as they face Larkhall Athletic at Cullompton.