Matt Jay’s crucial, composed volley proved to be the deciding moment on a memorable night at St James Park.

The away side had opened the scoring in bizarre circumstances when Romeao Hutton lobbed a long throw into the Grecians’ penalty area, before Cameron Dawson inadvertently turned the ball beyond his own goalline.

City responded valiantly, and they rewarded the sell out crowd with a leveller on 35 minutes when Kieran Phillips dribbled his way from his own half and sent a deflected effort beyond the Bluebirds goalkeeper.

And 12 minutes from time the Captain popped up at the back post to cue pandemonium at the Park and seal Exeter City's name into League One for the first time since 2012. 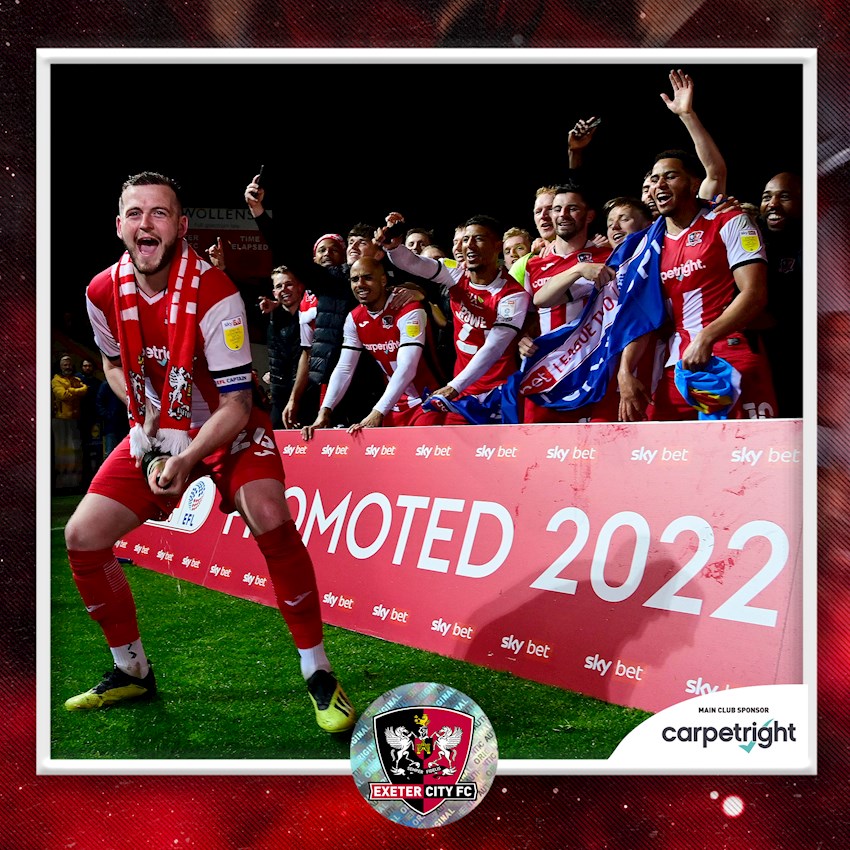 Matt Taylor made a couple of alterations to Saturday's victory over Rochdale. Kieran Phillips notably returned to the starting eleven over the ineligible Offrande Zanzala.

It was the Grecians who began the brighter, threatening with a flurry of set pieces in the opening 10 minutes. Archie Collins was the first to test Paul Farman, however, his deflected strike was comfortable for the away shot-stopper.

The energy of the red army was electric, but a long Barrow throw a minute later went against the SJP plan.

Hutton hurled the ball into the penalty area, before a heavy bounce had Dawson scrambling, and Cameron’s desperate effort to keep the ball out led to him inadvertently diverting the ball into the back of the net for an own goal.

With all four sides of the stadium behind them though, City responded as you would expect. A long ball down the left side saw captain Jay do well to keep the attack alive. His pick out found Timothee Dieng 20 yards, before a powerful shot was deflected over.

At the midpoint of the first half, Jevani Brown linked up with his captain, however, Jay’s low drive was comfortable for Farman. Four minutes later though, the contest perhaps should have been level.

Archie Collins’ smart turn saw the mercurial midfielder move play onto Brown. Exeter’s number 20 laid a pass into the path of Phillips. The forward placed a shot high, and despite the Big Bank trying to suck the ball into the visitor’s goal, the ball clipped the crossbar and went behind.

Phillips seemingly was just warming up however, as the loan signing made amends 10 minutes before half-time with a wonderful run and equaliser.

Cheick Diabate headed away a Barrow corner, which started a counter attack. Phillips collect the ball from inside his own half, before dribbling his way all the way to the edge of the Bluebirds’ 18-yard box before going for goal. After a slight deflection, Phillips' effort wrongfooted Farman for 1-1! 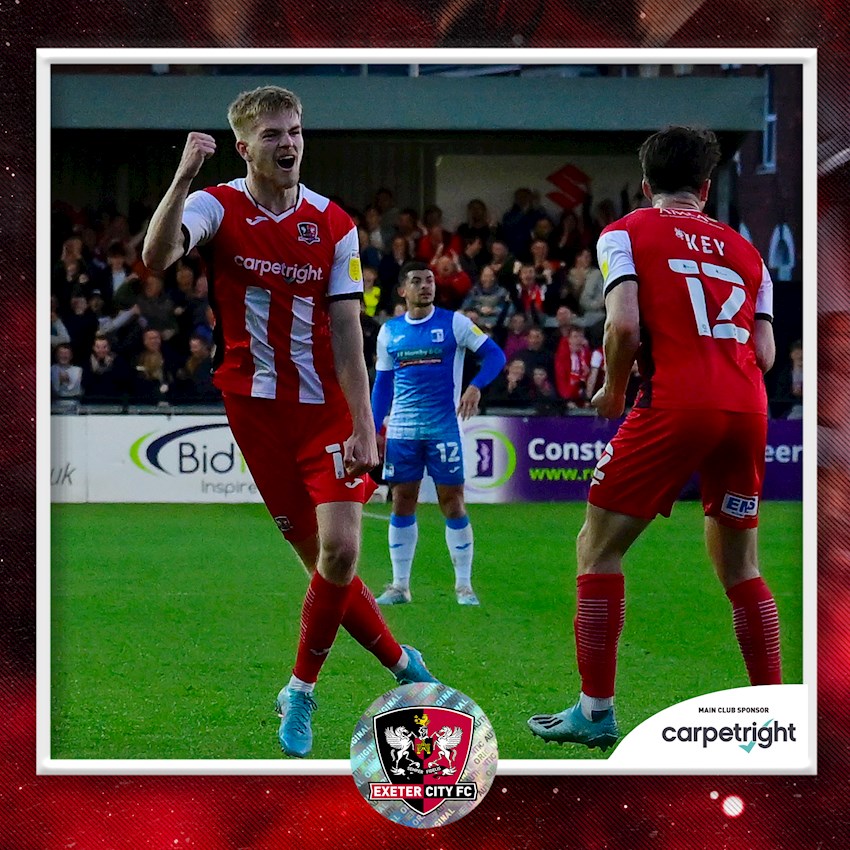 Dawson was the first goalkeeper called into action after the restart when he comfortably dived on top of the ball following a short free-kick routine.

In the 58th minute, Jack Sparkes’ free-kick caused mayhem in the visitors’ box, but Brown’s through ball saw Pierce Sweeney waste a decent chance when in a prime crossing position down the left.

Jay saw a long shot easily stopped, but in typical end-to-end play, Barrow sent the ball over the top of the Exeter backline for Hutton, however, his volley was smartly stopped by the feet of Dawson.

The SJP crowd rose to their feet in the 72nd minute when Sam Nombe and Jonathan Grounds were introduced to inject new life to the Grecians ranks. Their presence almost paid off straight away as Josh Key’s whipped cross was collected by Farman ahead of Nombe.

But the noise went up one more notch and reverberated around the country, when the moment Exeter City have been wishing for for ten years finally came to the fore.

City won a throw in high up on the right flank. Key received the ball and curled a troublesome into the danger area which saw the Bluebirds struggle to deal with. At the far stick MJ collected the ball, composed himself and volleyed a shot under Farman to send his hometown club on the brink of another historic night in the club’s history. For that moment, the city of Exeter was sent into complete pandemonium. 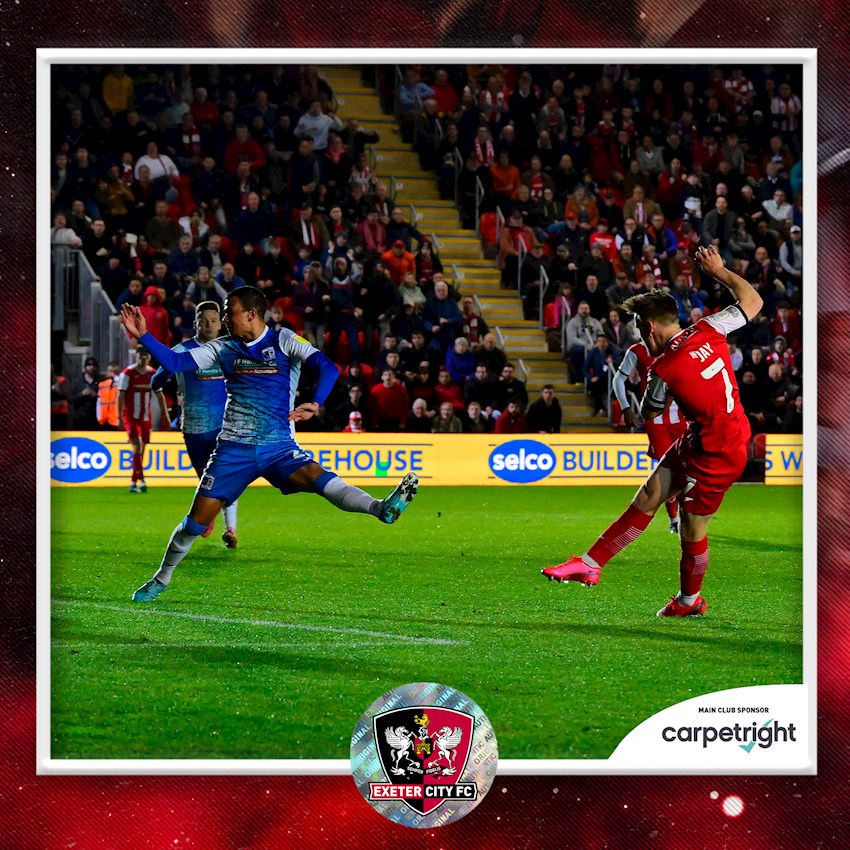 Barrow boss Phil Brown reacted with more replacements, and a change of tactics, with Luke James bending one over from distance as the visitors tried to find an equaliser.

For Grecians though, it was all about game management, keeping possession and staying rigid. With a minute remaining, Dawson produced the punch of his life to start another break forward. Nombe collected the ball on halfway, and his mazy run ended with a wild shot that ended up in the supporters behind the goal rather than in the goal. The buzzing and waiting crowd didn’t really care though.

The home side remained in control of proceedings and referee Lee Swabey blew his full-time whistle bang on 95 minutes to send SJP into a sea of celebration. 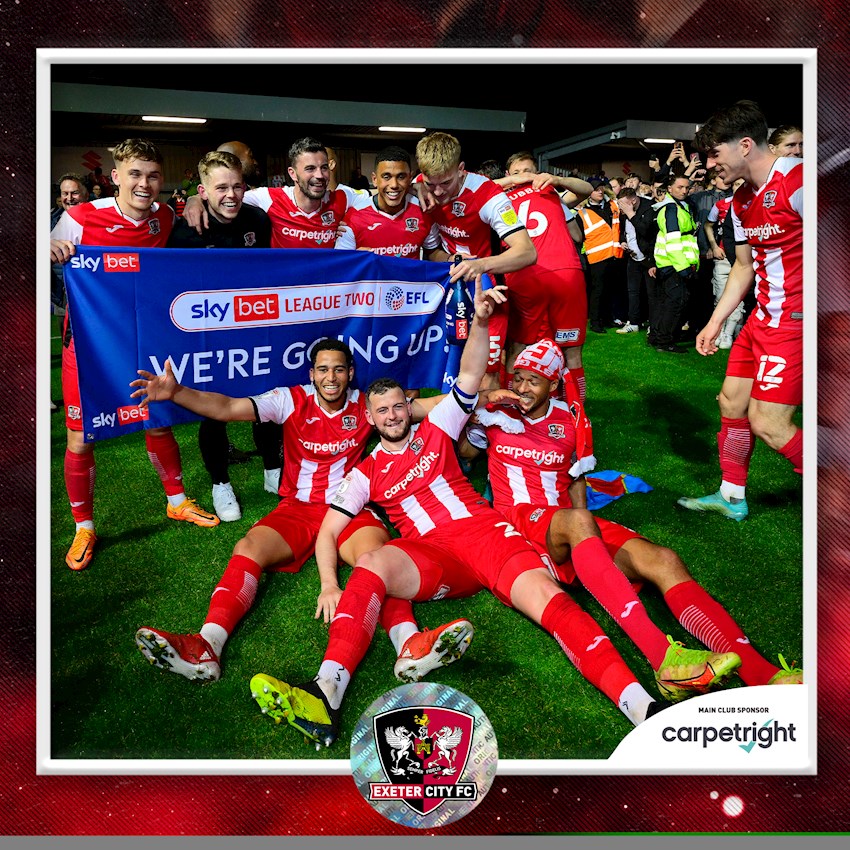 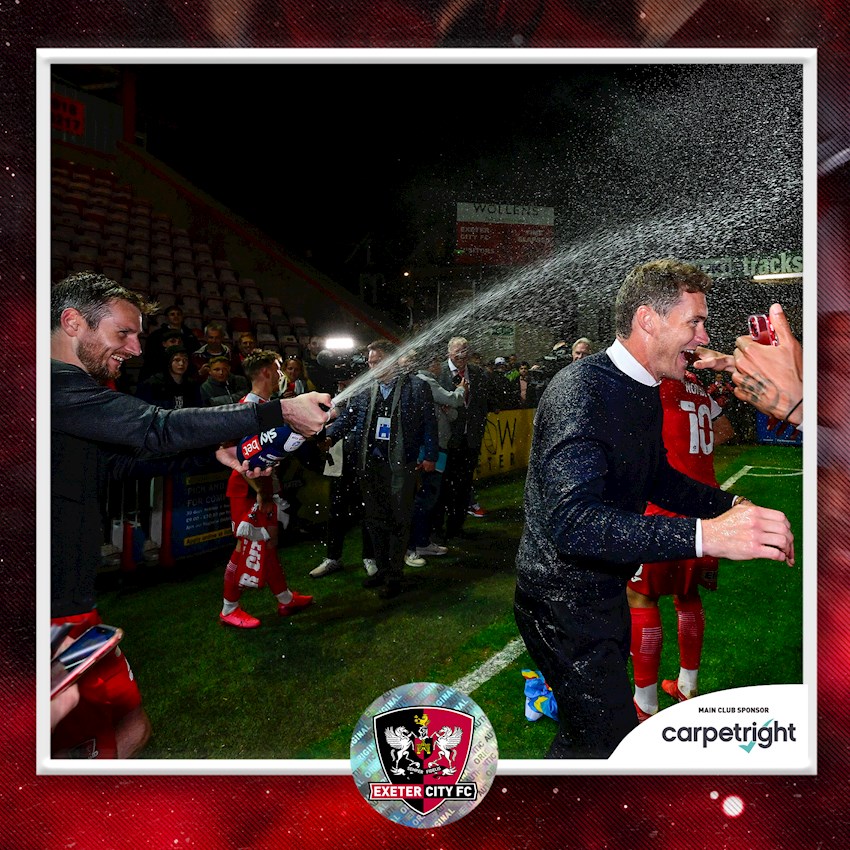 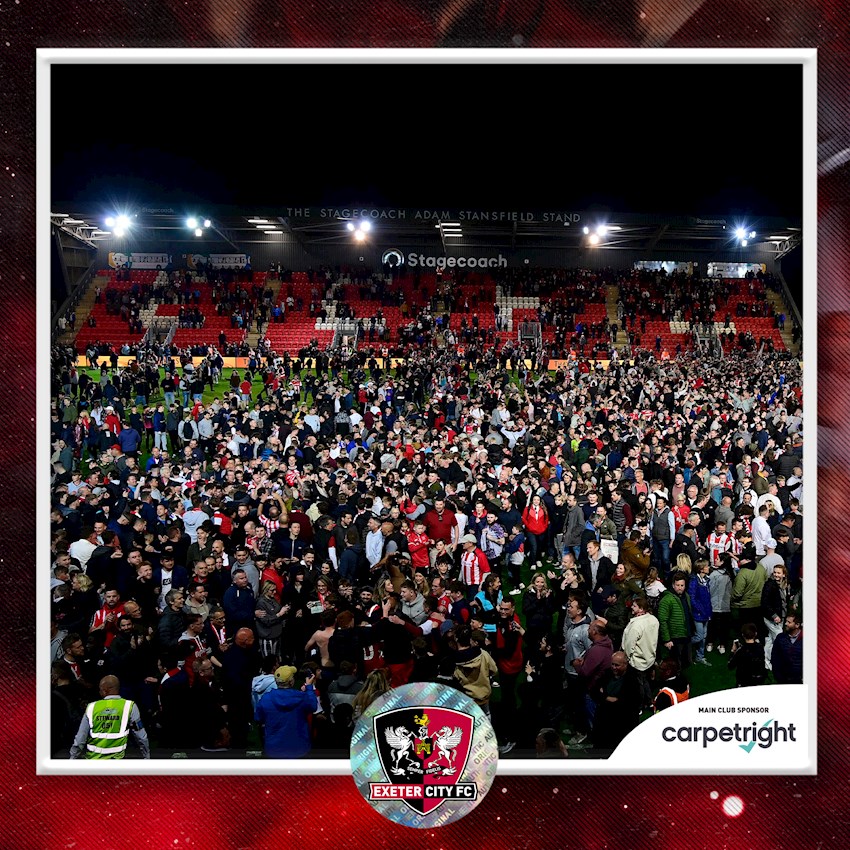 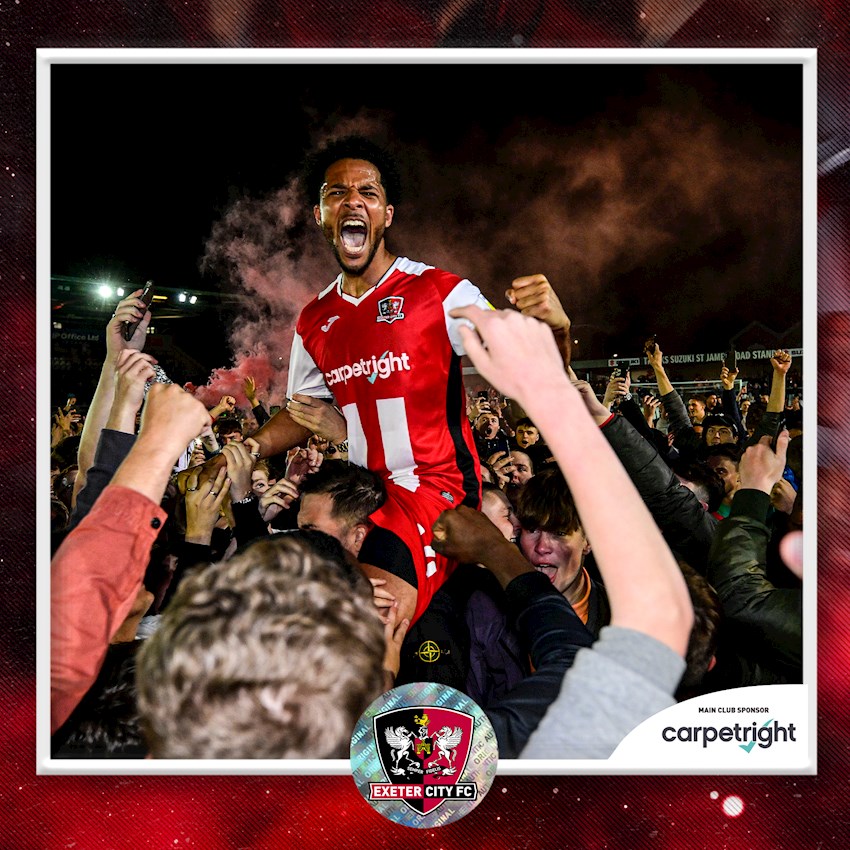 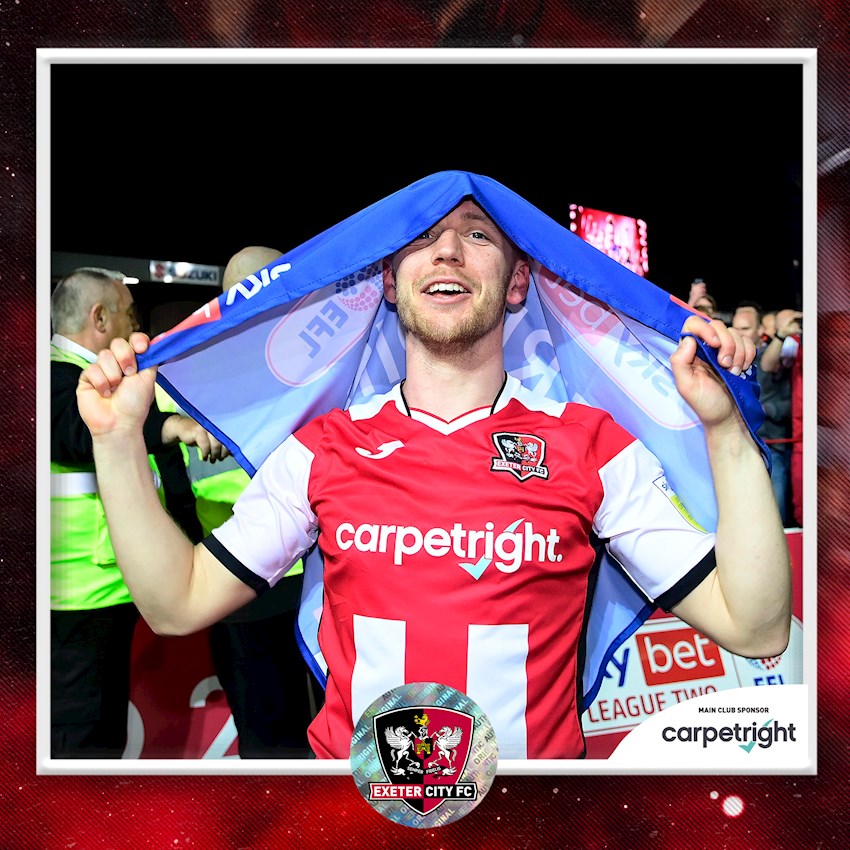 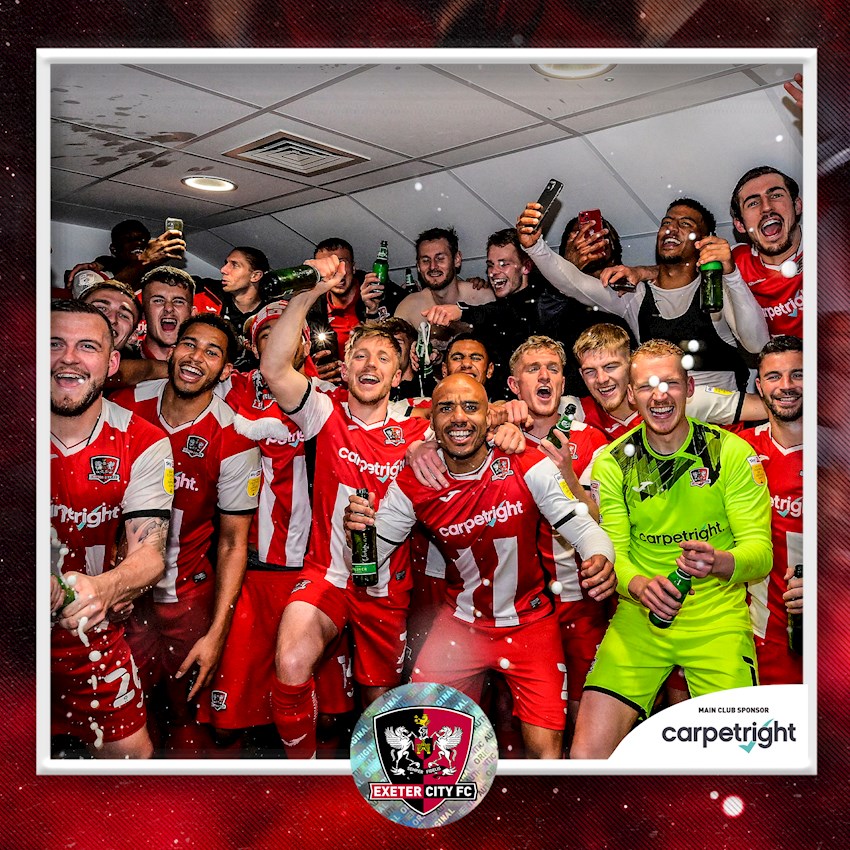 Oh and one more thing. 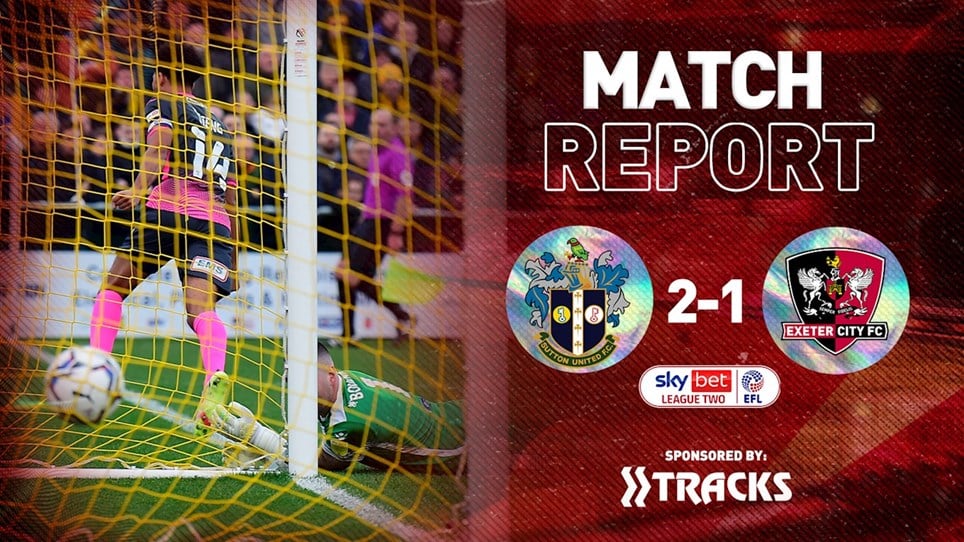 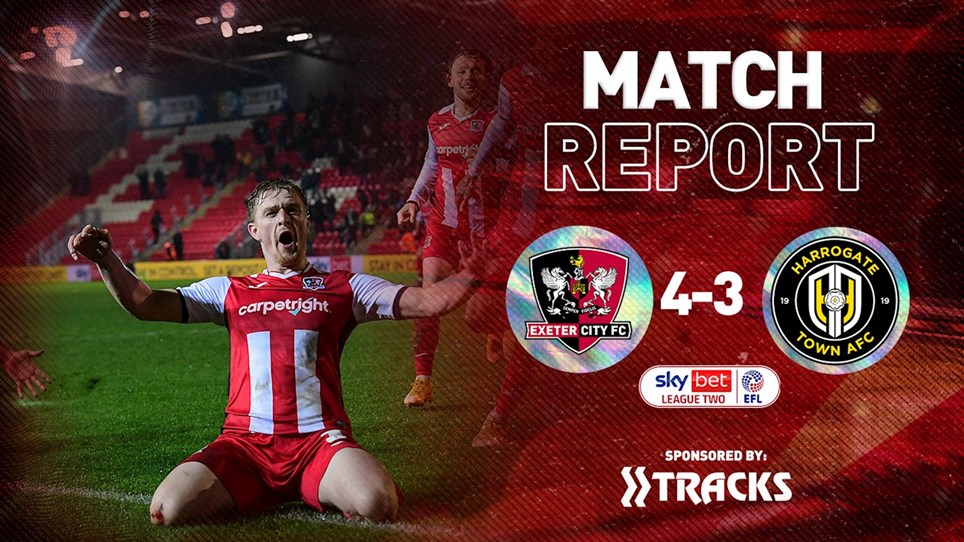 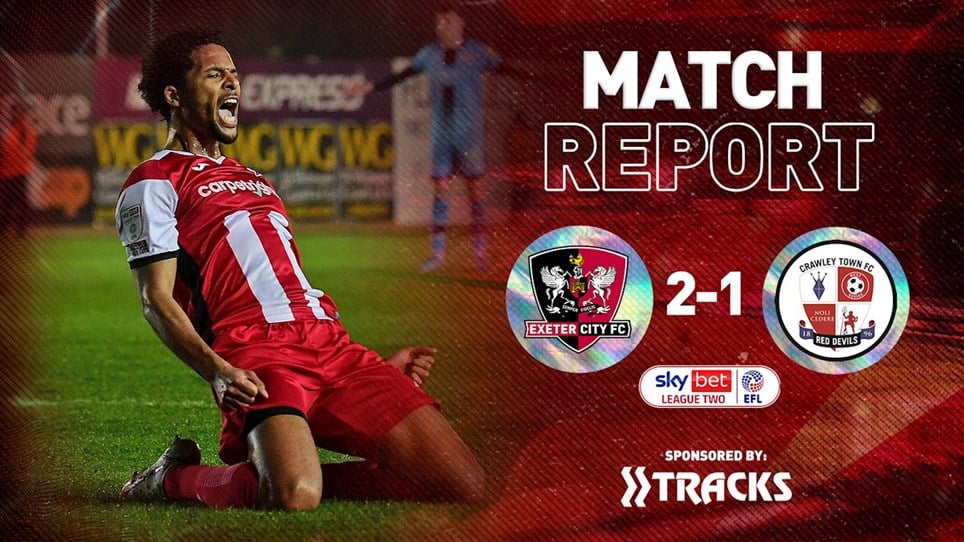 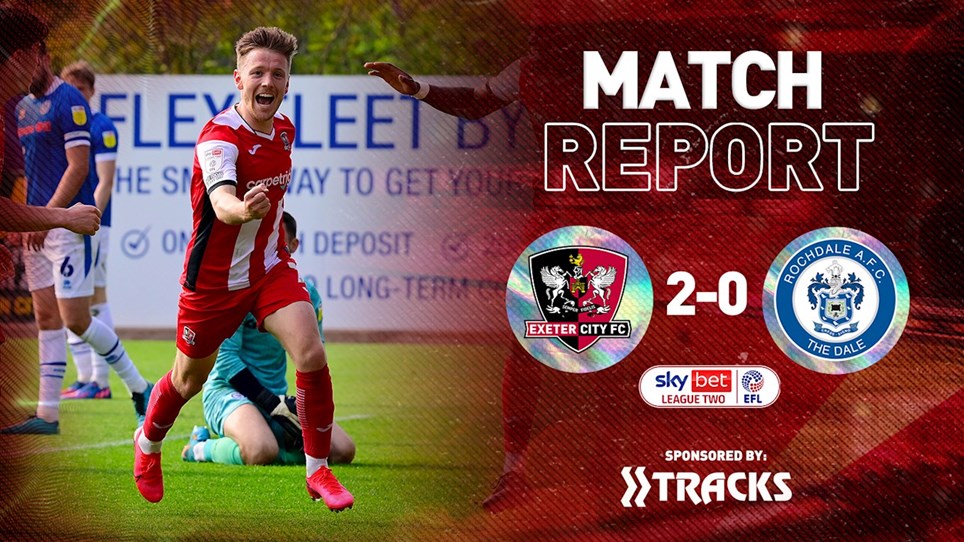