A lucky group of young footballers received a very special coaching session – thanks to a charity auction.

The session was an auction prize provided by the League Managers Association to the Exeter Leukaemia Fund (ELF).

Richard Bevan, League Managers Association Chief Executive, said: “We were really pleased to provide a coaching session with a football league manager for Exeter Leukaemia Fund, once we knew the winners were local to Exeter, we asked Matt to take the session, and he very generously agreed to do so.”

Matt put the players through their paces at Exwick Sports Hub. He said: “It’s been different to the usual rigours of first team training and that environment, but it was very enjoyable. The kids’ application was outstanding from start to finish. Hopefully they got a few bits and pieces from the session and enjoyed it.

“We tried to keep the session as simple as we could, with the first session you have to find out what level they are at and they surprised me with how good they were and could move the ball. I gave them a little taster of what a first team session would look and feel like.” 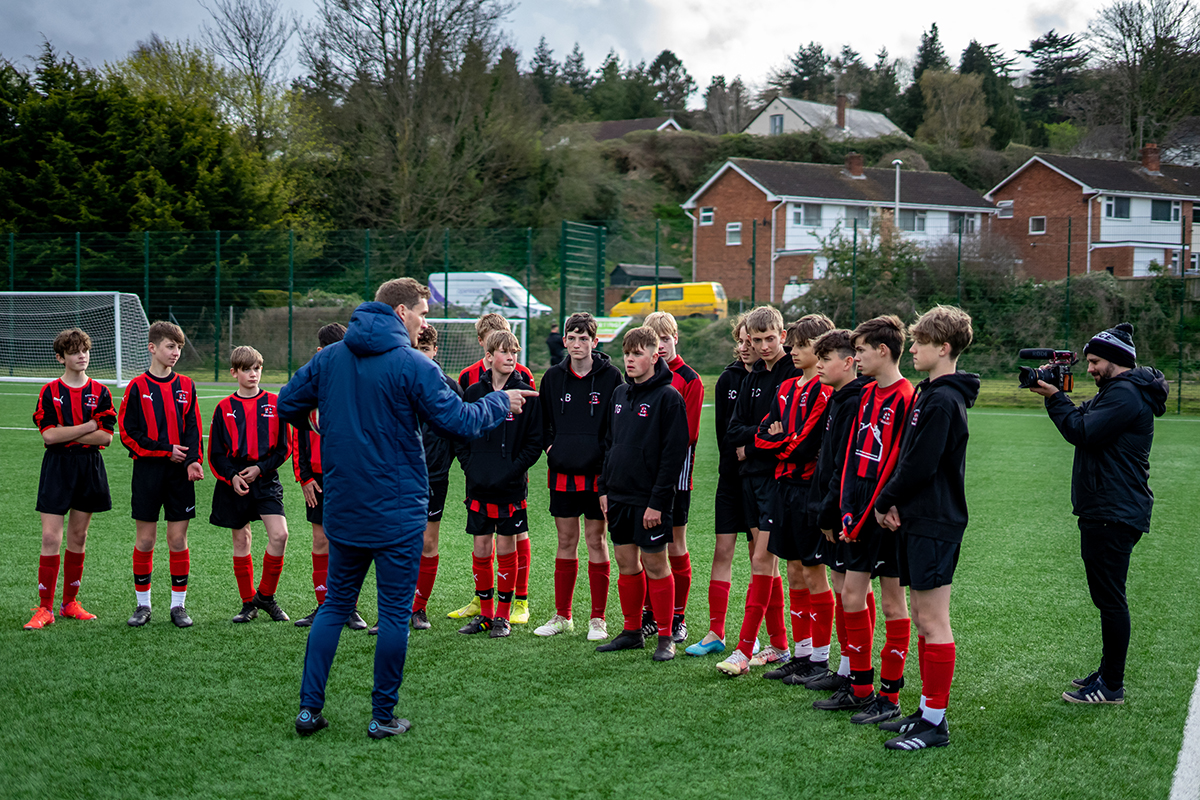 He added: “The club does as much as it can in the community, that includes myself and the players and we try and do it in the right way and as much as we can. The games are coming thick and fast but it’s still worth taking time out to do coaching sessions like this and contributing to the community because that is what we are as a club.”

Gary Moore, fundraiser for ELF, said: “We are extremely grateful to the LMA and Matt for giving their time to accommodate this fantastic prize. The Christmas auction raised a superb sum of £6,508 which will go a long way to help us support families across Devon affected by blood cancer. Matt was excellent during the session and St Martin’s couldn’t have picked a more in-form manager! A heart-warming example of our great community coming together to do good.”