The team behind Cans 4 City were presented with a Green Can Award by not-for-profit Every Can Counts in recognition of their outstanding recycling efforts.

The prize-giving took place during half-time in Saturday’s match against Hartlepool United, with over 5000 fans in attendance. 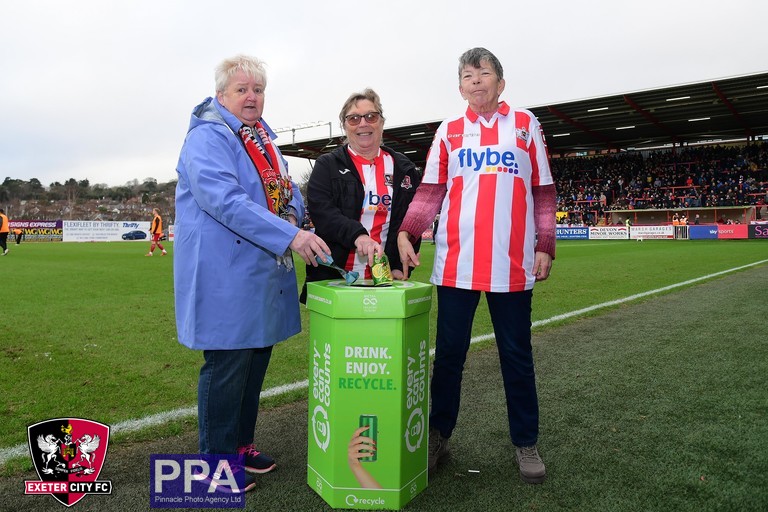 Since 2020, the initiative has collected nearly seven tonnes of aluminium packaging to raise more than £6,000 for projects and initiatives run both by the club and its partner charity, Exeter City Community Trust (ECCT).  In recent years, donations have been put towards Exeter City Community Trust’s Supported Housing project, a mental health programme for ECFC Academy, ECFC’s Women’s Team and a number of improvements to St James Park and its Memorial Garden.

Cans 4 City was launched back in 2005 by Exeter City Football Club as a means to support the club financially, but really picked up momentum after partnering with Exeter City Council in 2019.

Working in conjunction with the council’s waste management department, Cans 4 City now runs upwards of 20 aluminium recycling points in Exeter and throughout Devon, including many on ECFC’s grounds, and has recruited over 100 volunteers. 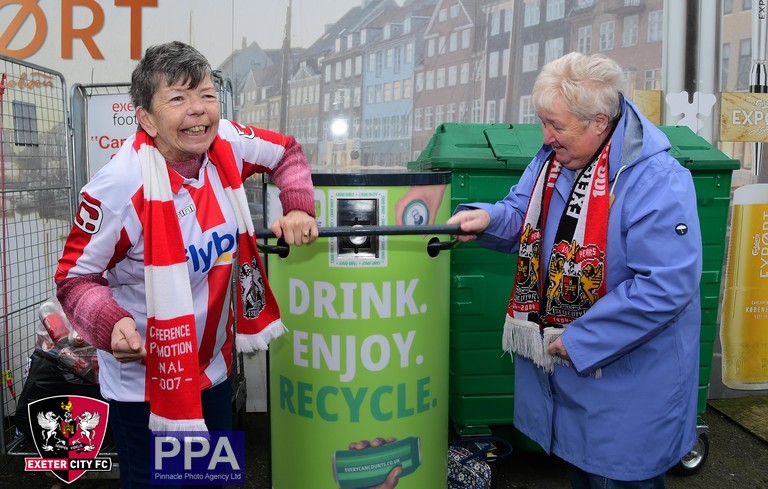 Matt Hulland, Resource Recovery Manager for Exeter City Council, who helped set up the initiative at the club, said: “We’re so glad that our work is being celebrated with this national award. Cans 4 City has achieved so much already, thanks to our amazing volunteers and the club’s fans too, as they’ve contributed more than half of the aluminium cans recycled since 2020.

“I really think we’ve tapped into something clever with this initiative. By unlocking the monetary value of our waste, we’ve succeeding in helping both the planet and our local community.” 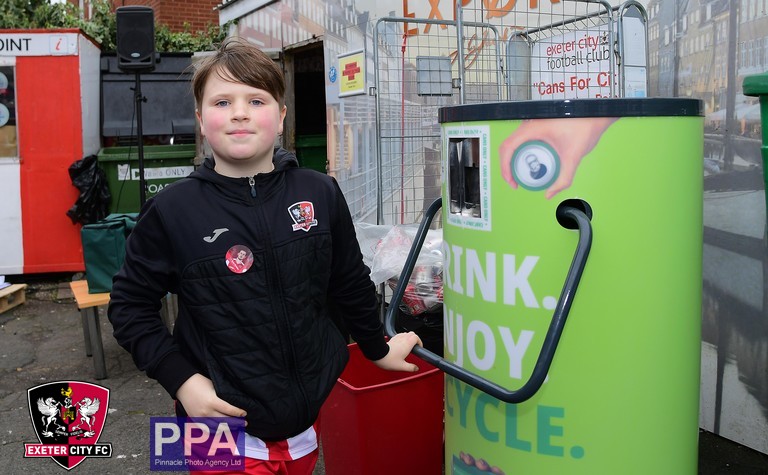 Cllr David Harvey, Exeter City Council’s Lead Councillor for City Management, said: “This is a great initiative, not only helping the environment by preventing cans going to waste unnecessarily, but also helping raise valuable funding for Exeter City Community Trust. I can’t speak more highly of the scheme which is fully deserving of its recognition at national level.”

Chris Latham-Warde, Programme Manager for Every Can Counts, said: “We were extremely impressed with what Cans 4 City has accomplished. Not only has the initiative helped to keep a huge number of endlessly recyclable drink cans in circulation, but the money raised by doing so has been put to good use in the local area.

“This is a fantastic example of a community-led project working with its local council to deliver real benefits to both the local community and the wider environment. We hope other organisations around the country get inspired by what Cans 4 City has achieved and follow in the footsteps of this great initiative.”