Exeter City were held to a frustrating goalless draw at the hands of ten man Hartlepool United.

Nicky Featherstone was shown red early in the second half following a bad challenge on Josh Key.

There was little to choose between the two teams with only a couple of opportunities for City as well as The Pools, with neither side capitalising.

The 29th minute of the match saw a round of applause for passionate Exeter City Sam Richardson who sadly passed away recently. It was great to see applause from both home and away followings, proving how football can once again bring people together.

Despite the stalemate, it is another clean sheet for the fourth successive league match for the Grecians. 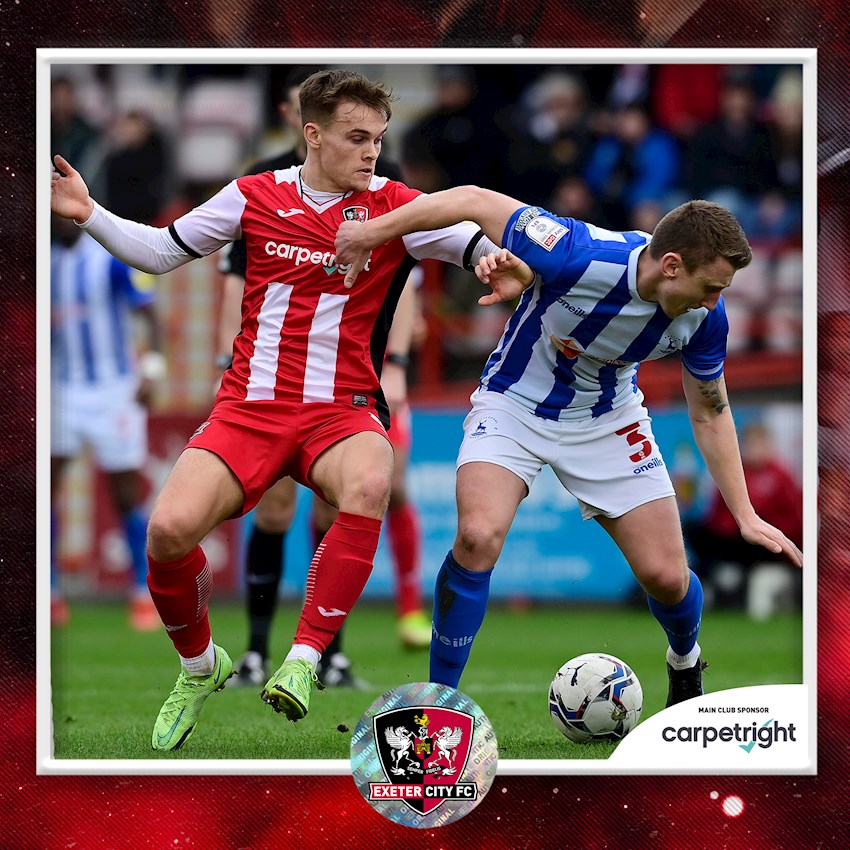 There was one omission from the 2-0 victory at Walsall with Podge Amond coming in for the injured Offrande Zanzala.

A couple of early corners from the visitors threatened to dampen the vocal home support but City dealt with the danger well with some no nonsense clearences.

The first 10 minutes were end to end with daring runs from Josh Key and Jake Caprice looking to give the Grecians an early advantage.

The 20 minute mark presented the most significant early opportunity with Podge Amond looking to capitalise on Jake Caprice teasing ball through, unfortunately for the Grecians the forward firing just wide. 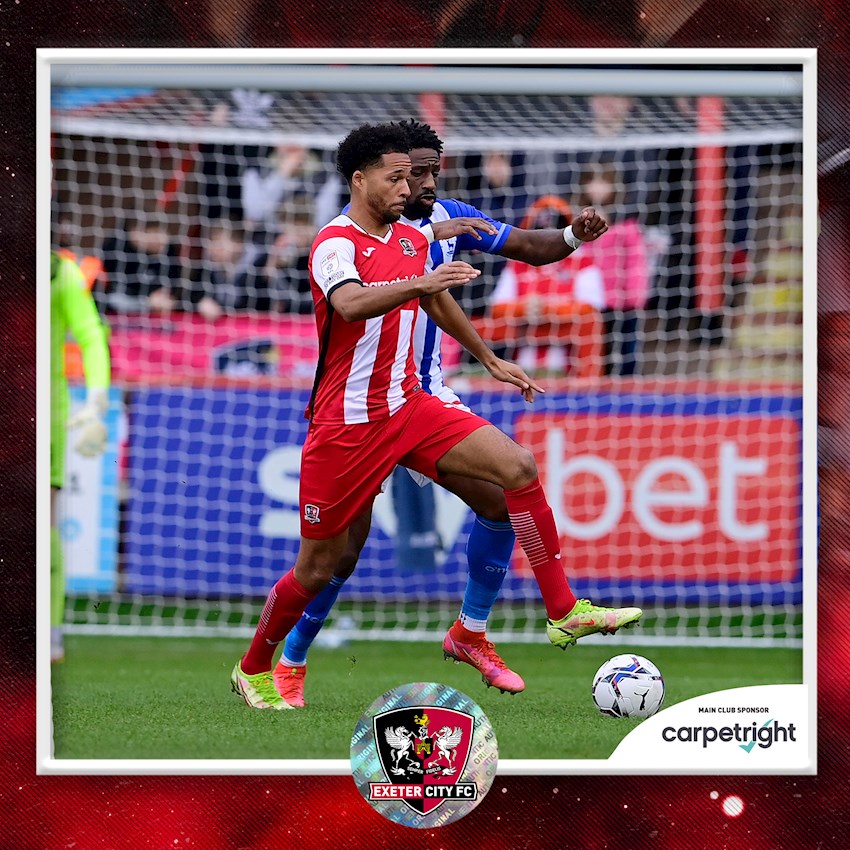 The lively nature to the first half continued with Hartlepool quickly creating chances of their own, but keeper Cameron Dawson dealt with the danger comfortably.

The next ten minutes presented few opportunities for both teams, with Jevani Brown threatening to break the deadlock but unable to threaten the visitors.

The 41st minute featured a promising run from skipper Matt Jay, unfortunately to be fired right at the Hartlepool shot stopper Ben Killip.

Closing in on half time, Hartlepool had a promising spell of possession with the Grecian defence looking shacky. An awkward headed clearance from the keeper Dawson just outside his box caused a break in play as he received treatment for a fifty fifty challenge with the Pools striker. 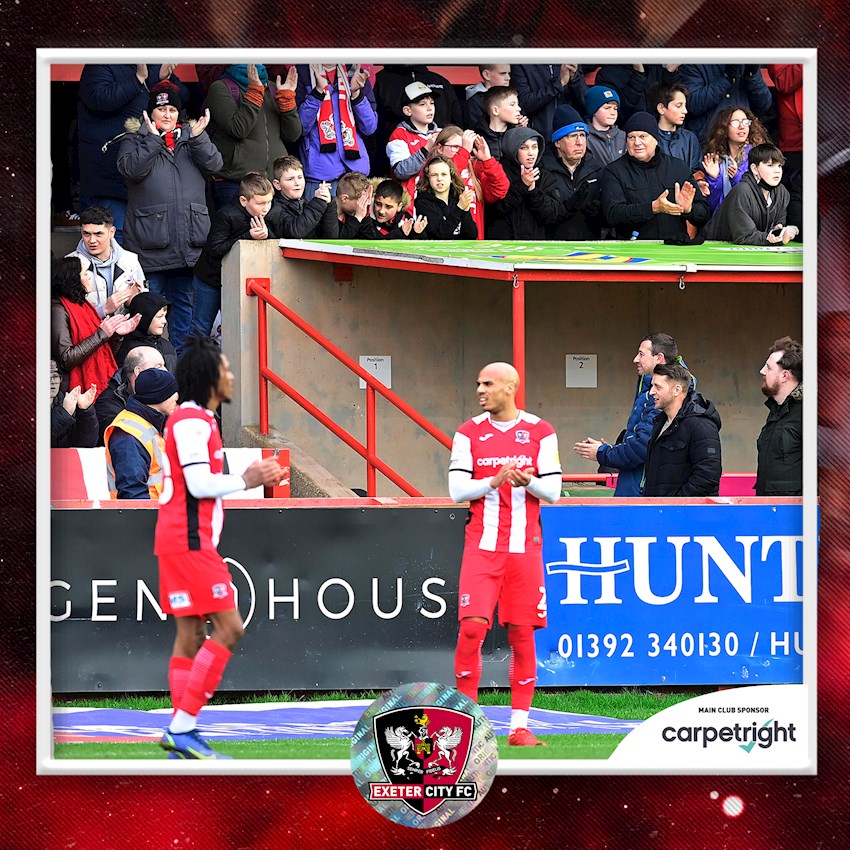 City looked to make their intention clear at the start of the second half with an early corner from Archie Collins and defender Sam Stubbs nodding just wide.

The momentum stayed with the higher positioned Exeter City, with the Exeter faithful finding their voices at the start of the second half.

Seven minutes into the half, a reckless challenge from Pools Nicky Featherstone on midfield star Josh Key marked the end of his match, as he was shown a red card without hesitation from referee Tom Reeves.

Now with a man advantage, the Grecians started to cause problems for the Hartlepool defence with Matt Jay firing off another shot on target. 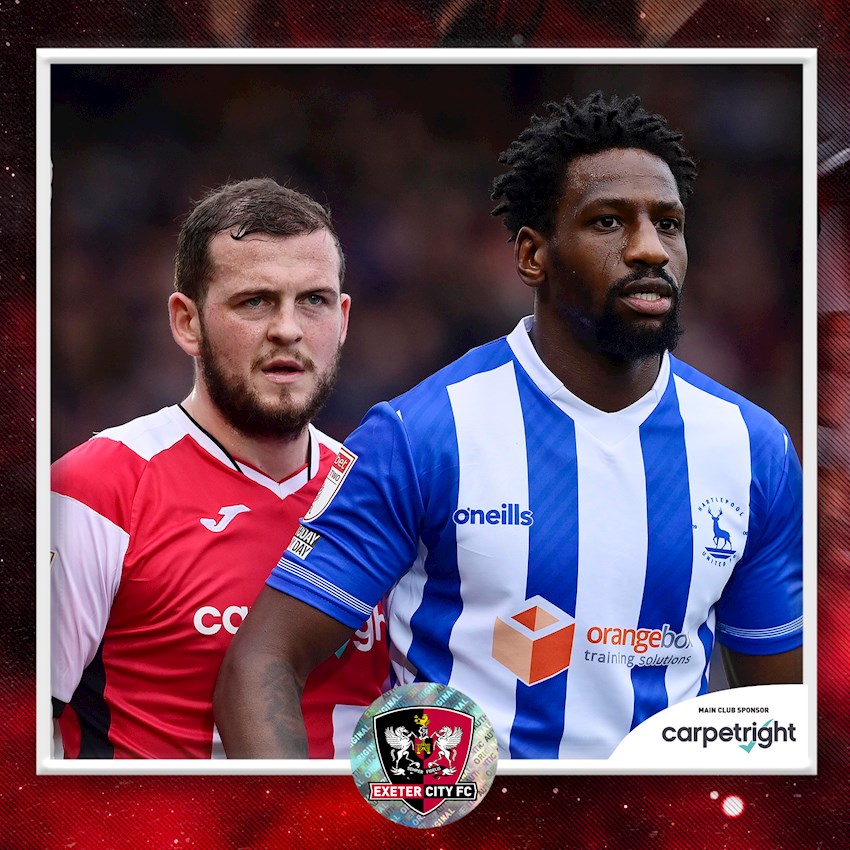 By now, the Pools were struggling to push their way up the pitch with Jake Caprice troubling the oppositions defence with threatening balls causing goalkeeper Ben Killip to intervene.

Jake Caprice continued to cause headaches for Hartlepool, with an impressive effort from outside the box requiring the ball to be headed away from the goal line.

Despite the Grecians best efforts, the blue and white stripes of Hartlepool were managing to deal with the City’s opportunities to break the stalemate.

The following stages followed a similar story with City threatening to convert chances from threatening crosses from both wings. 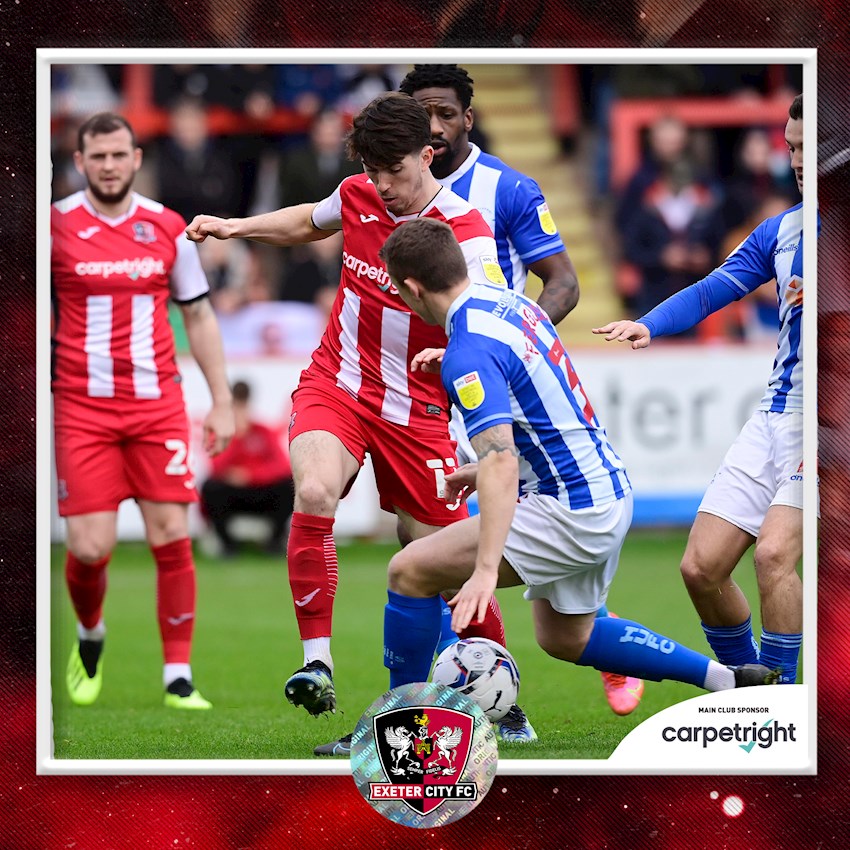 The 76th minute presented substitute Jack Sparkes with a chance to cut in from the left, which allowed the 21-year-old to fire at goal, unfortunately only finding the gloves of a grateful Ben Killip.

The final substitution for City saw Kyle Taylor come on for Jevani Brown at the 80-minute mark as the Grecians pushed for a late winner.

The City crowd were trying their best to encourage the red and whites for a last minute winner Hartlepool frustrating the Exeter fans. Five additional minutes were given for Exeter to attempt to find an answer to the stubborn Pools defence, with the blue and whites clearly looking to hold out for a point.

The best chance of the closing stages fell to Tim Dieng who stretched out a foot at the left post but unfortunately not able to find the back of the net. This was to end a frustrating afternoon for the Grecians who had to settle for a goalless draw and left to agonise over missed chances.

City are next in action on the road to Wiltshire to take on Swindon Town.